posted on Aug, 16 2016 @ 03:02 PM
link
While I'm throwing out crazy ideas... what if the very term "Mandela Effect" has a subtle connection to the phenomena its self. What I mean is, many people remember Mandela dying decades ago, but he died in late 2013 according to current history. It was around the same time that the Mandela Effect really started to get attention, even though the term "Mandela Effect" was coined during 2010. For example this ATS thread about the Berenstain Bears was posted early 2014 and received over 100 flags even though the source was an article from 2012. I'm not really sure what the point I'm trying to make is... but it could have something to do with what exact moments in the time line have been altered. For those people who have experienced the Mandela Effect, think about the first time you noticed something change, like the Coca Cola logo for example, when was the last time you remember it having a dash? Was it in the time between 2010 and 2013?
edit on 16/8/2016 by ChaoticOrder because: (no reason given)

Can you answer my question yes or no. Not hard is it?.

originally posted by: TheMaxHeadroomIncident
You must wear your belt very high then.

Look at the bottom edge of the kidneys, just as the OP said: a little above the belt line.
Let me explain to you: beltline is the waist line.
Where the spine curves, at waist level, that's where the lumbar vertebrae is = the small of the back.

EDIT: you changed the picture on your reply to me.... very sly, my friend.
lol

But I will post the one you originally included in your reply, which is the one I answered to: 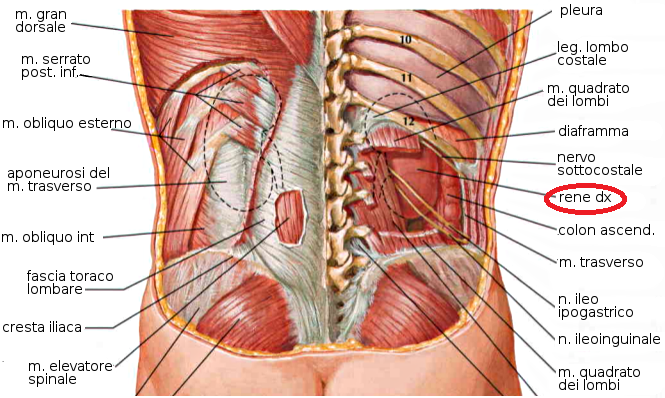 
EDIT: you changed the picture on your reply to me.... very sly, my friend.

Because I had wanted to post this one but copied the wrong pic.


Look at the bottom edge of the kidneys, just as the OP said: a little above the belt line. Let me explain to you: beltline is the waist line. Where the spine curves, at waist level, that's where the lumbar vertebrae is = the small of the back.

They are way above the belt. The OP obviously thinks they were lower than they are now.
edit on 16-8-2016 by TheMaxHeadroomIncident because: (no reason given)

originally posted by: ChaoticOrder
After doing a bit more research on the Mandela Effect I'm starting to think there may actually be something to it. I know I'm going to sound like a crazy person just by entertaining such outlandish notions, but some of the examples I've come across are very convincing. It seems to me like the people claiming the Mandela Effect is real all have a common history, they are able to agree on how it used to be, which I find quite interesting. Consider the following two lists, one is historically accurate and one is "how it used to be" according to people experiencing the Mandela Effect:


You (and others in your position) are the reason I'm making these threads. Keep digging and you'll find more.

Wait till you see the World Map (note South America is too far to the East, and no more Arctic [north pole] landmass).

I already answered your question. How hard is it?

originally posted by: eNumbra
This, the appendix is on the right side, when they removed mine, they went in on the left.

When they removed my appendix they went in on the right. Strange...

Our organs are located in the same places they've always been.

Our heart used to be to the left of our chest. It's now in the center.

The heart has always been more centered, never off to the left.

Did you ever play the game operation as a kid? The heart was left in the game, but it's just a game.

Many remember checking a pulse in the center of the wrist. Here's where you check for it now..

It's never been in the center. It's always been in the location you've pointed out. Just because you are misremembering something, doesn't mean we are on another timeline. It's just that you are recalling information wrong.

Skeptics will say our memory of the locations is wrong, and the folks who made the videos are uninformed. They'll joke and possibly poke at others..

You're right, your memory is wrong. Just like they've always been 'The Berenstain Bears' our organs have always been in the places you pointed out in your OP.

Our memories are not perfect. When my brother was young, he tried on my dad's sunglasses, when he was finished, he tossed them out the car window. For years, my dad told the story exactly as it happened, with my brother being the culprit. When he tells the story now, I'm the one he remembers throwing them out the window. My brother and I both agree it was him, not me. My dad swears it was me. This is not the Mandela Effect, it's just his faulty memory, or ours.

That is why eyewitness testimony can differ greatly. 2 people that witness the same event can see it two different ways.

Many people believe that human memory works like a video recorder: the mind records events and then, on cue, plays back an exact replica of them. On the contrary, psychologists have found that memories are reconstructed rather than played back each time we recall them. The act of remembering, says eminent memory researcher and psychologist Elizabeth F. Loftus of the University of California, Irvine, is “more akin to putting puzzle pieces together than retrieving a video recording.”

Many researchers have created false memories in normal individuals; what is more, many of these subjects are certain that the memories are real. In one well-known study, Loftus and her colleague Jacqueline Pickrell gave subjects written accounts of four events, three of which they had actually experienced. The fourth story was fiction; it centered on the subject being lost in a mall or another public place when he or she was between four and six years old. A relative provided realistic details for the false story, such as a description of the mall at which the subject’s parents shopped. After reading each story, subjects were asked to write down what else they remembered about the incident or to indicate that they did not remember it at all. Remarkably about one third of the subjects reported partially or fully remembering the false event. In two follow-up interviews, 25 percent still claimed that they remembered the untrue story, a figure consistent with the findings of similar studies.

Why Science Tells Us Not to Rely on Eyewitness Accounts

The simplest explanation is usually correct. So are we really on a different timeline or is it our memories?


They are way above the belt. The OP obviously thinks they were lower than they are now.

Ok, let me explain to you: precisely because people wear belts differently, the definition of beltline is waistline (check dictionaries).

This is confirmed by the videos the OP has posted.


It's never been in the center. It's always been in the location you've pointed out. Just because you are misremembering something, doesn't mean we are on another timeline.

Noone says you are on a different timeline........

posted on Aug, 16 2016 @ 03:25 PM
link
There are new Mandela Effect opportunities available on this ATS Mandela Effect Thread!
There can never be enough of them... apparently.

No you did not you deflected but again yes or no.
Why can't you say yes or no?.
If you don't I will assume you can not answer it because your answer proves me right.
In fact don't bother why should I waste my time on the deluded?....I aint even getting paid.

Ok, let me rephrase it then. It doesn't mean it's real nor does it mean it was ever real. It's faulty memory. Apparently just like my memory regarding claims of people being on a different timelines, parallel universe or whatever you what to call it, on ATS threads about this topic.

You are entitled to your opinion.

Oh I can, I just don't see the need to since I already answered.

So are you...so about that "timeline"

Here's my first comparison of male skeleton and flesh from the front to give an idea of what I mean about the "old" or "parallel Earth" anatomy:

The idea that past timelines are being tampered with is catching a lot of steam by the day, almost exponentially via Youtube and other internet sites, and with good reason. Anomalies are now leaking through (from wherever) at an alarming pace.

What is it you are trying to convey?

You know exactly what I'm trying to convey...

Noone says you are on a different timeline.......

Noone says YOU are on a different timeline.

The point is that your anatomy lesson was not needed since the OP knows how it is supposed to be now, and didn't make no claims from which you could gather that the position he thinks they used to be in, is the same as they are now.....