Yeah - B & D both would not have come out issuing statement like they did, right after the report dropped, if they did not already have the goods on all the bad guys. The Reckoning is coming.

DJT: "details of the report are far worse than anything I would have even imagined...This was an attempted overthrow, and a lot of people were in on it and they got caught...I look forward to the Durham Report...he's got his own info, which is this info plus plus plus."


Get this: a counterintelligence investigation of General Flynn was opened, based on "Information developed by the Crossfire Hurricane team through law enforcement database and open source searches" That's it.

Reading this I can see the problem. Folks, even Anons, want sound-bite "see he did it" stuff. This is covers so many avenues as it is kind of tough without context. That tidbit above is big, as it relates to Flynn, but, if we take the context of what we believe Flynn was doing post-sham-deal, then it all changes. 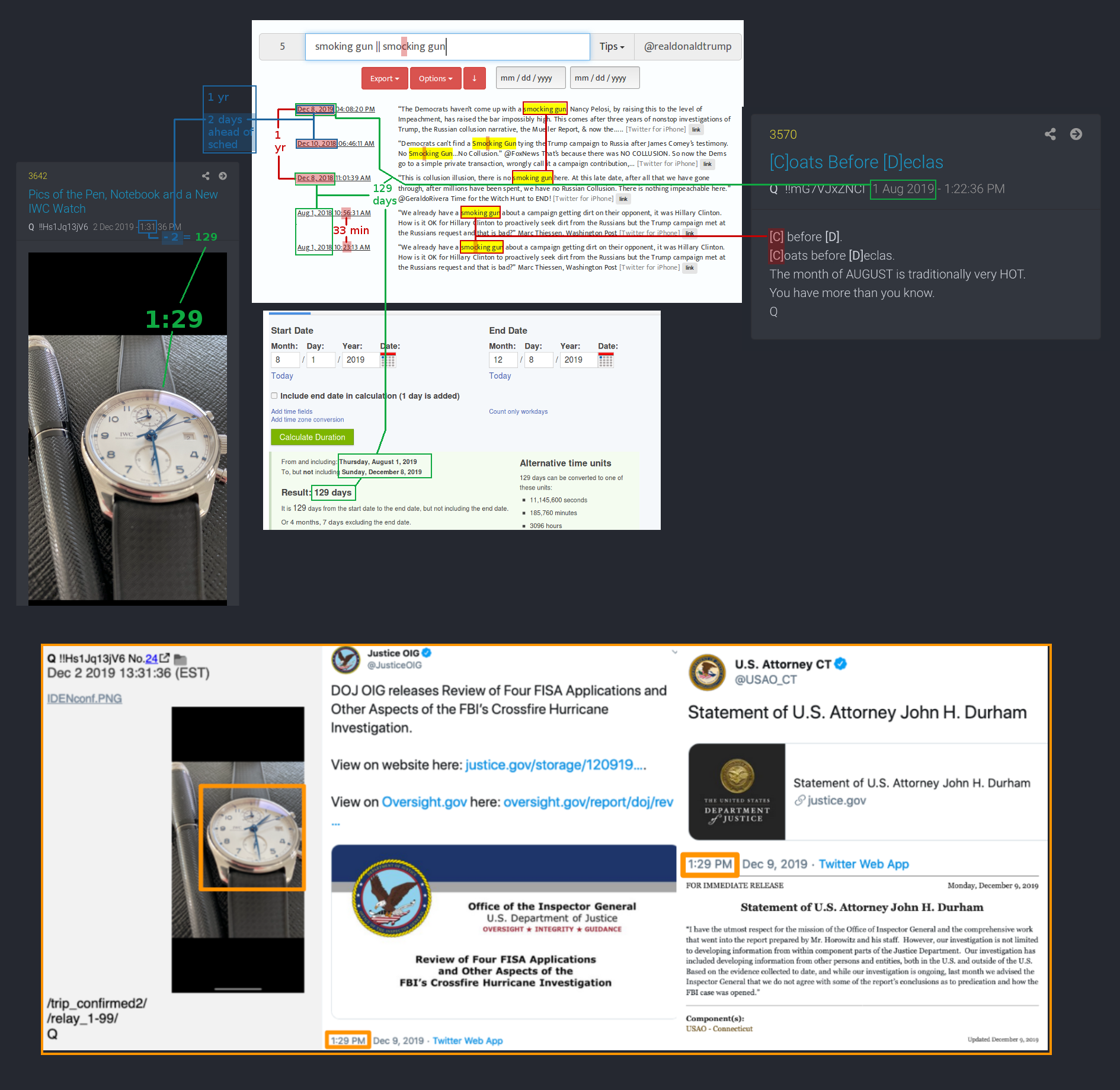 originally posted by: EndtheMadnessNow
Ok, this is an odd Easter egg Qoincidence. On searching the OIG report PDF file on "Comey" there is NOT one single mention. However, searching on "Corney" produces 149 instances which the text does read as "Comey."


The Special Counsel is authorized to conduct the investigation confinned by then-FBI Director James 8. Corney in testimony before the House Permanent Select Committee on Intelligence on March 20, 2017, including:


IDK, maybe the Gov't has sub-standard OCR scanners.
Reminds me of all the "harvest" and "corn" tweets by Q, Nunes, Grassley, et al.

Aside from redactions what else may be hidden within those 476 pages that may provide clues/answers to some of the Q drops.?


I would think in this day and age the report would be produced in a word processor then exported directly to a PDF, instead of being scanned.

originally posted by: EndtheMadnessNow
EDIT: PJ beat me to it... here's the vid clip.

What is with Pence's pens?

They are like that for a reason. Notice he moves the paper, but avoids touching the pens.

+++ one connect is video and or HRC child crimes drops.

IDK, maybe the Gov't has sub-standard OCR scanners.
Reminds me of all the "harvest" and "corn" tweets by Q, Nunes, Grassley, et al. 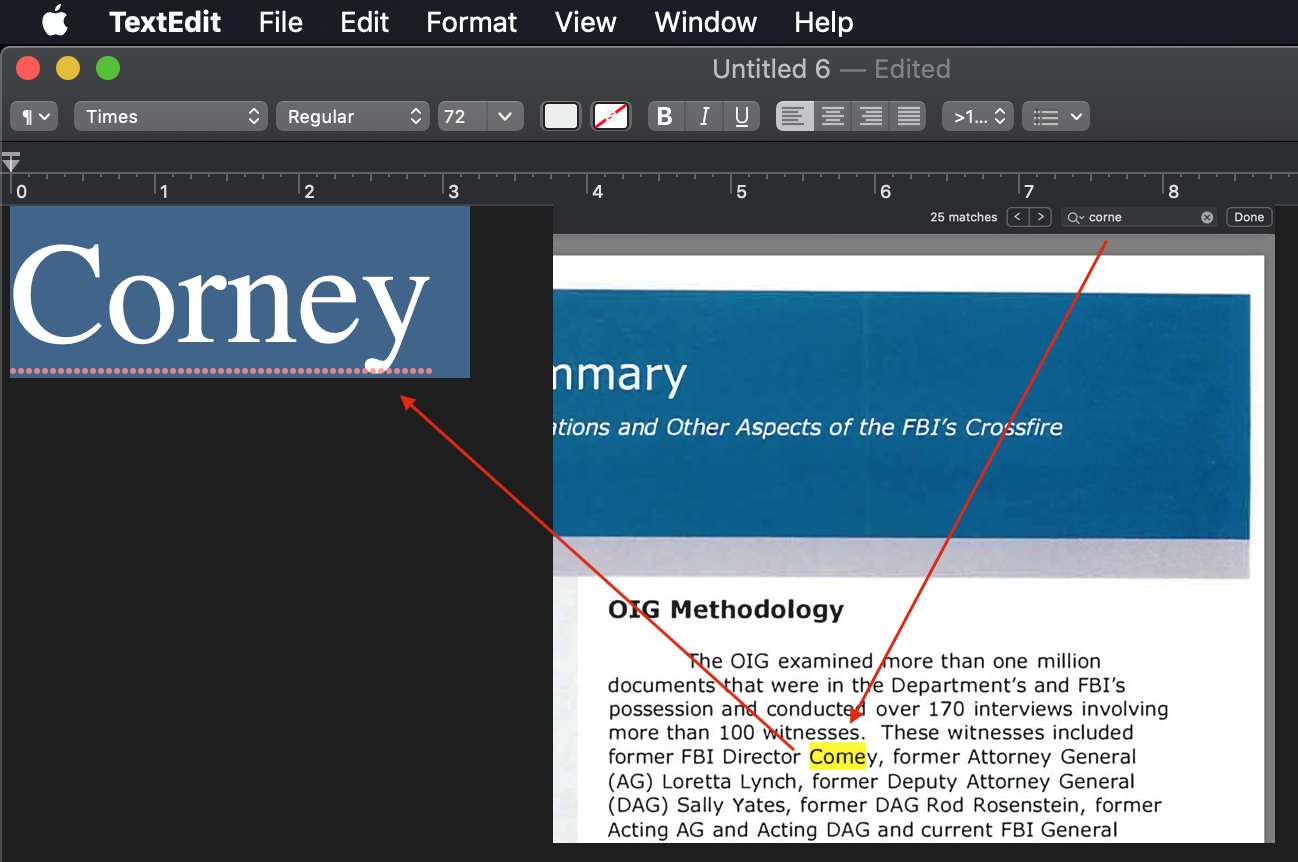 Nope. It's actually spelled c-o-r-n-e-y. If you search, then copy and paste from the Justice.gov site, and paste to a text editor it definitely is Corney.

ETA: I'm guessing that this might be to reduce the instances of key words that web crawlers would index to create the association with Comey? An interesting level of CYA work if that is the case.
edit on 9-12-2019 by CoramDeo because: (no reason given) 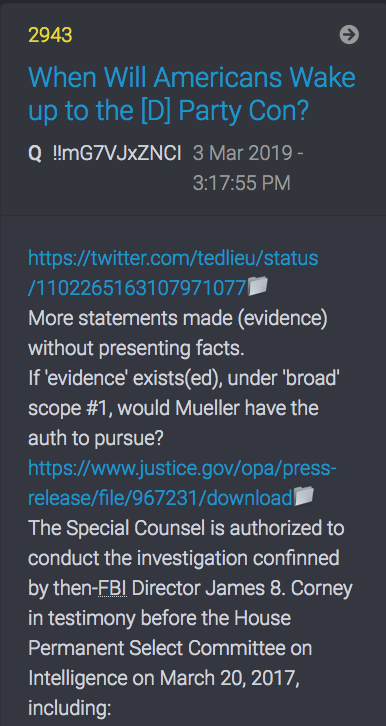 Assuming that quirk is on purpose, who is it meant for? 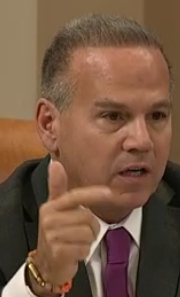 posted on Dec, 9 2019 @ 03:36 PM
link
So, there is a guy on 4chan /pol/ who goes by the name "BigDickAnon" (sorry). I am not sure where he works, but he has dropped tons of anonymous info on pol, and it seems that he has been proven correct. He called out Carter Page being a former CIA asset when no one was saying that. He has been correct on many other things too. Needless to say, it appears that this guy is legit. Well, he is back today and just posted this:

Well ladies it seem the IG Report is out and folks are losing their minds. Remember what I said there are two reports. Barr and company put report 2 out there and is including the conclusion of report 1 into Durham`s investigation and the effort to tie into exactly what triggered the investigation into the Trump Campaign. Keep in mind it was Brennan who worked with Russian Intelligence Agents, who have since been murdered, to create the Steele Dossier. The Dossier was handed off to Steele and he was the one who inserted the Dossier into the American Political System. Both Barr and Durham know this and know that Comey and Brennan worked the investigation to ensure FBI folks picked up on the trail that Foreign Intelligence Agencies and Strozk laid for them. Keep in mind that Strozk is a Brennan puppet that was used to liaison between the FBI and CIA and manage the process. Also Page is a CIA Asset that was inserted into the Trump Campaign, reported to Comey and was paid from a CIA slush fund maintained in an overseas account. You see none of this was touched on by the Horowitz Report. This report simply discredits much of what the FBI did. Do not underestimate what Barr and Durham just did. They know what Brennan, Comey, and Strozk and others did and that is the end game. Keep your dicks in your hand and stay hard. Not what I would have done but what the hell it is their shop. Also focus on the changes Barr made in the report regarding Steele. Remember what McCabe said the FISA Warrants would never have been issued without the Steele Dossier. What Durham and Barr know is the Steele Dossier was created by U.S. and Russian rogue intelligence operatives under the direction of Brennan. Has anything I said be contradicted by the Horowitz Report? No ladies it hasn`t and once you look into the abyss Durham and Barr are looking into. It looks back. Now I need to get back to preparing for WW3. And the Iranians have moved offensive missiles into Syria.

I cannot prove that this guy is the real deal, but my gut is telling me to listen to what he has to say. So, I thought I would share with the great minds here. 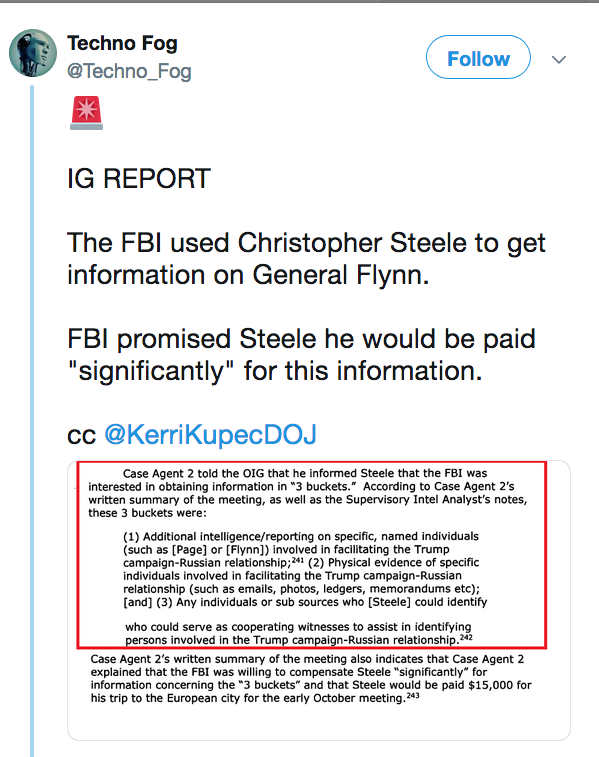 Guessing Frederica Smith Wilson also sent that to him. She was the one that gave Pelpsi hers.

Edit because VC literally posted the exact words on the topic as I^^^.
edit on 9-12-2019 by crankyoldman because: (no reason given) 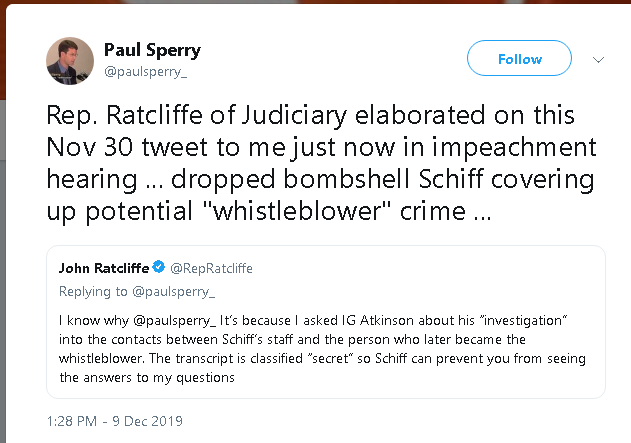 I know why @paulsperry_ It’s because I asked IG Atkinson about his “investigation” into the contacts between Schiff’s staff and the person who later became the whistleblower. The transcript is classified “secret” so Schiff can prevent you from seeing the answers to my questions