Didn't your doctor recommend some ointment for those?

posted on Aug, 5 2019 @ 10:39 AM
link
I am young enough to have watched and enjoyably played as these games came up from 16 bit graphics to the life like simulations they are now.

Wow, that's different. You don't want to vote for Trump because he offended video gamers. Hey, it's a free country, so vote for who you want.

The irony would be when he was unable to afford the next big FPS due to the taxes he'd have to pay for all the free college and healthcare if a democrat ever won again.

FPS games are required to come with an electrode which hooks to your toe, or your head, or your arm. When you get shot, or killed it sends a non-lethal, but highly painful, SHOCK to the player who just got wounded. If you want real, then let's have reality. This is the problem, fantasy immersion with no real world consequences.


originally posted by: DBCowboy
I played "Asteroids" once. It was in the 80's.

Kids will never understand how awesome that game was. Or Donkey Kong, or galatica.

There was something about using real quarters too, plop plop. It's just not the same with these swipe cards. 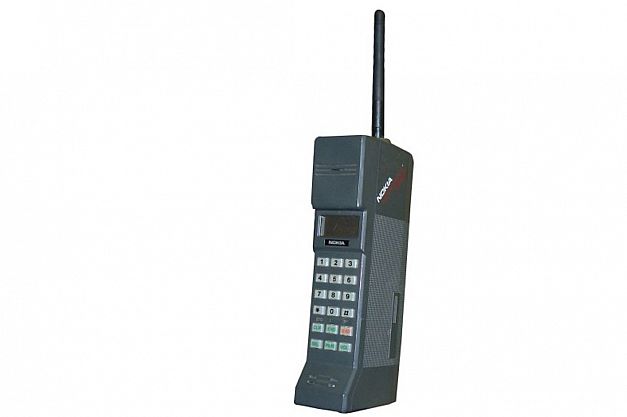 posted on Aug, 5 2019 @ 10:41 AM
link
This is going to be interesting. The young republicans that have energized the Republican Party and videogamers are two groups that overlap.

Who do they choose. Meme's, Discord, gamer culture, or the 73 year old man telling them no and attacking what they love.

I don't think older folks understand how influential gamer culture is online, or how it overlaps majorly with their base.

Everyone blames the game but never the players. The OP doesn't want to vote for Trump, he has that power, but he should also keep in mind that if the other side wins he may not have that power (removal of the EC anyone). Weird isn't it.


Nice to see someone stand up for an issue that is important to them!

But you don't start an ATS thread in the Political Madness forum to say here is why I and my opinion is so important.

And by violating the ATS guidelines so flagrantly, WatchandWait410 is proving that perhaps Video Games make existing mental weaknesses worse, because the O.P. says video games access will determine who he/she votes for.


someone somewhere should do something

It's not offensive. Just misinformed and stupid. Instead of going for the complex gun issue, well just blame it on video games!!!

It's an obvious attempt to avoid the issue. Or Trump is stupid eneough to believe video games engineer killers..

You don't give a violent mentally unstable 10 year old Grand Theft Auto. No one is going to remove grand theft auto from stores. They will just make it harder for that kid to get it legally.


I don't think older folks understand how influential gamer culture is online, or how it overlaps majorly with their base.


Oh I have a 13 year old that attended "an online fortnight concert".
10 million people "attended" that.
People who disregard this segment of the population do so at their own risk.

Have you seen tv? Full of violence too. Much more real looking.

Yet, it's the typical old guy response to blame it on something he doesn't understand: video games.

posted on Aug, 5 2019 @ 10:56 AM
link
What about all the violent killers that have been too busy playing games to go about their murder sprees?

Aren't they worried they'll wake them up?

People really should just remember there is a reaction for every action. Even bigger conspiracy seeing as we here. What if it's the music industry and hollyweird paying Trump with Epstein or Weinstein money to bring down the gaming industry???

I mean those other industries are peanuts compared to the gaming industry.


Never ever going to see Half-Life 3 at this rate...

Exactly, who do they think the memers are? Most of them are gamers and they were fairly apathetic until gamergate came out and people started calling them toxic. Until then, they didn't actually care all that much. Now they're angry.


Young men don't have a violence problem, they have mental problems.

And how many shooters were on some form of psychiatry drug?

don't talk about big pharma tho! Talk about video games.

I have a nephew like that, he tried to stab me with a knife and I tossed him against the wall. Kid was 11 at the time, and he was mad because he didn't the piece of cake he wanted. My sister, his mom, got pissed and said she was going to call the cops. I told her fine, but she'll have to explain why the kid was trying to stab people.

Kids been in and out of jail, but acts real nice when I'm around. It's wasn't because he's afraid of me, kids got 100lbs on me now, but it's because I never put up with his crap.

If a kid is being a violent 10 year old with mental issues, then I'm not giving him anything. If his parents can't control the tike, then maybe they shouldn't have them. It may sound cruel to say that, but parents have a responsibility in this if their kids are out of hand. Parents have a singular duty to impower their kids to be the best they can be and ensure that they are a good reflection on their community. Allowing a kid to act out in a violent fashion is not only harmful to the kid and those around them, but also to society as a whole. So yes my "blame the player, and not the game" mentality stands.

Video games are an entertainment by choice item. No different than reading a book, seeing a movie, or talking with friends. If one can be removed than why not the others, but to the point of the OP, I really doubt they were going to vote for Trump anyways. They more then likely just wanted to complain about him, and this is the low hanging fruit from his speech.

posted on Aug, 5 2019 @ 11:04 AM
link
Could it just be birthing pains of a transition to Artificial intelligence ? www.abovetopsecret.com...

There is so much violence in entertainment and the mood of those who think there is no hope and it's somebody else's fault. I do think games and movies and even music are reflected in todays behavior. It has taken over interaction in social gatherings by a wide margin. Addled people on legal drugs..... now there's a recipe for success.
Not to blame pot or alcohol, but more the other batch of psychotropic variety:


Most of the time your OP's find agreement with me. This time 50/50 your lead. Our moral compass as a society is shifting, and not for the better it would appear.

He mentioned Trump in his manifesto not COD.

Am not saying Trump is to blame only that if we are dishing out blame he is probably getting more than fortnight or CoD.

Another day and another stupid comment from Trump
edit on 5-8-2019 by OtherSideOfTheCoin because: (no reason given)

Countless threads about Omar or AOC saying stupid things and how they should not be in congress.

One thread about something Trump said that was so blatently misinformed. Yet, Trump supporters feel some desire to defend him no matter what.

Even to the point that you start calling OPs mental strength weak because he does not want to vote for a president who blames shootings on something as silly as video games...