Hey Canada how do you like those Terrorist attacks? GET used to them

posted on Oct, 22 2014 @ 12:02 PM
link
It's just been mentioned that the soldier that has been shot unarmed standing guard at the tomb of the unknown soldier has been killed. RIP and condolences to his family and all Military.

I think somebody needs a cigarette.

Back under your BRIDGE!

It's called Irony ? I'm kinda surprised you didn't notice that considering your OP is riddled with it.


But you need to chill out man!

originally posted by: TheMainEvent
Oh lord. I saw this coming from a mile away.

Next you're gonna tell me that Canada needs striker gun laws….


I don't think thats what he meant.
Sounds tired of the over reacting, the copying, wants to be independent of US foreign Policy. No choice.

And get used to the-- cant't wait for a (any) shooting to over react too and splash every boring minute of on TV. Be verrrry afraid…

I am American and I apologize Canada for you getting infected with our madness.

posted on Oct, 22 2014 @ 12:31 PM
link
This thread is pointless... it's ranting, it's rude, it's insensitive and really just doesn't belong here if you ask me. It's full of assumptions and vitriol.

Just the over reacting and the media hype. No disrespect to soldiers. I never go there. And you're right, you blew over the TnC line with your last comment. Try not to over react yourself?

Keep eye on the ball. This is not an insult OP thread, It addresses his feelings that his countries Bent is too enmeshed with a very fugged up American one.

originally posted by: Shepard64
This should be removed

I second that vote.

If America is driving to the police state, Canada is skating there.

posted on Oct, 22 2014 @ 01:38 PM
link
No matter how brash the OP sounds, he is stating the fact about the Canadian Governement..it is nothing but an extension of the US invasion force.

Canada is in this mess(if this was terrorist attack from middle east) because it got into someone else's problem.

As a Canadian Citizen, i want Canadian Governement and Harper to grow a pair and pull out of middle east.. our soliders are just there so they can get hit by "firendly fires" and die for some profits driven governement.

This fight is bigger than single sovereign nations. It's transnational corporations and their subversive effect on the human condition.

originally posted by: luciddream
No matter how brash the OP sounds, he is stating the fact about the Canadian Governement..it is nothing but an extension of the US invasion force.

Canada is in this mess(if this was terrorist attack from middle east) because it got into someone else's problem.

As a Canadian Citizen, i want Canadian Governement and Harper to grow a pair and pull out of middle east.. our soliders are just there so they can get hit by "firendly fires" and die for some profits driven governement.

The fault lies on the citizens themselves.. that's the problem in the US, we've stood by and let things happen only to jump online and point fingers in forums, or yell at the tv set about how unhappy we are about the latest news. Change comes from action.. Guess what... Canadians haven't acted, the same way the US citizens haven't acted... it's too easy to point fingers when most often the finger should be pointed at ourselves for allowing it.. but instead we'd rather watch dancing with the stars or something.

This post however goes beyond that.. he could easily have just made a post about his displeasure of Canadian policies and the US's influence .. instead the post was entirely inappropriate, disrespectful, insensitive and filled with vitriol .. I respect his right to an opinion.. I just really dislike the inappropriate method by which those opinions were delivered... and I'm clearly not alone .. it sparked no useful conversation about Canada's policies, it instead resulted in backlash because of it's distasteful delivery.
edit on 10/22/2014 by miniatus because: (no reason given) 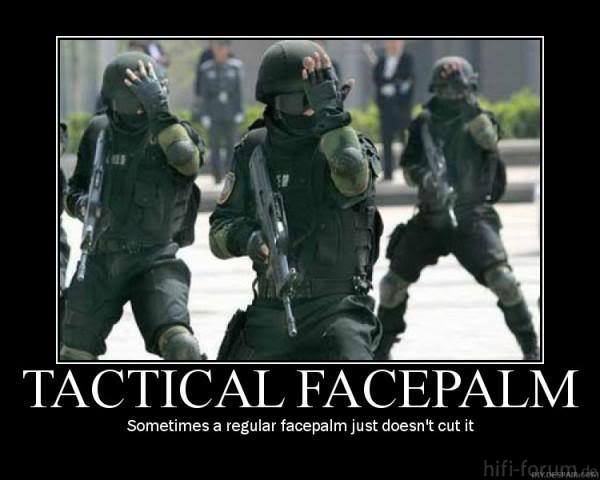 Everything else I wanted to say has been.

Its good that you dont support terrorism and yes I agree Harper is a POS and is trying to emulate the states....

But it is not as bad as you are making it out to be.

I have yet to see the cops here in bc, both city and rcmp, getting tanks and what not that the american cops have.

I am Canadian, and proud of it. You sir/Ma'am sound like those fear mongers you hear on Fox news or Alex Jones. There is no need for this, any Canadian would tell you to calm down and take a chill pill.

Most Canadians still Like him or they wouldnt be voting conservative. Thats another thing to keep in mind. I am afraid that we will possibly be stuck with him as trudeau is still pretty young and probly won't win next year because of his age and experience. So we got to suck it up and deal with it until some one comes a long and beats the Cons in an election.

In stead of bitching about Harper why dont you help out the Libs/NDP/Green Party/ bloc de quebecois (Depending on your location) in their campaigns so that they have a greater chance at beating the Cons......
edit on 071014p30722 by snypwsd because: (no reason given)

however your statements about CSIS=CIA and CAF=USAF; you're wrong my friend.

In addition to that, I am Canadian and you posting something like this makes me wonder about your sanity. Enjoy the rest of your day.

I honestly don't know why you all have your knickers in a knot over the OP.... its his/her opinion and I find it sadly spot on with the terrible road Harper has taken Canada down in such a short time and in virtual lock step with US warmongering policy. And it seems logical to me that if you choose to play world bully, eventually people are going to fling some "blowback" you way. Naïve to think otherwise really. We're not bringing democracy and freedom to these people... we're killing their kids, moms, dads, parents.


That said... the OP didn't directly reference todays events and yet all the members assumed a connection. We know absolutely nothing yet about motives for what happened in Ottawa today, so it could be completely unrelated to foreign policy. The OP comments were understandable to me as a Canadian but perhaps not relevant to the current situation. time will tell.