originally posted by: slapjacks
UPDATE OUT OF CHICAGOLAND AREA:

A Friend of mines husband was admitted this morning here in town with symptoms of severe pneumonia. That is all I know at the moment. Will update when more details become available. Stay safe everyone!

Prayers for your friend's husband


The U.S. government is arranging a charter flight Sunday to evacuate its citizens and diplomats from the epidemic-stricken Chinese city of Wuhan to the U.S., a person familiar with the operation said........Roughly 1,000 American citizens are thought to be in Wuhan, and the U.S. consulate there is reaching out to the ones it knows about to offer them a seat on the plane, the person familiar with the matter said.

The plane seats around 230 people, and will include diplomats from the U.S. consulate as well as Americans and their families. Those evacuated will be responsible for the cost, the person added.....


1000 people and 230 seats ... I pray that those left behind stay strong and healthy... I'd imagine a lot of tough decisions are going to play out.. Godspeed

Those evacuated will be responsible for the cost, the person added.....

Sounds like the flight for the diplomats had some extra seats so they have to fill it with other American citizens because it would look bad if they didnt. But they want to CHARGE the American citizens for the travel back? Got no money? Well I guess you stay here and die? If they can do one flight then they can do three and get everyone! The money could come out of a disaster relief fund.

Two papers published Friday in the journal the Lancet offer some of the first rigorous analyses of patients who contracted a novel coronavirus that has broken out in China and spread to other countries. Among their discoveries: The virus does not only affect people with other, underlying health conditions, and people who are not showing symptoms can still be carrying the virus. 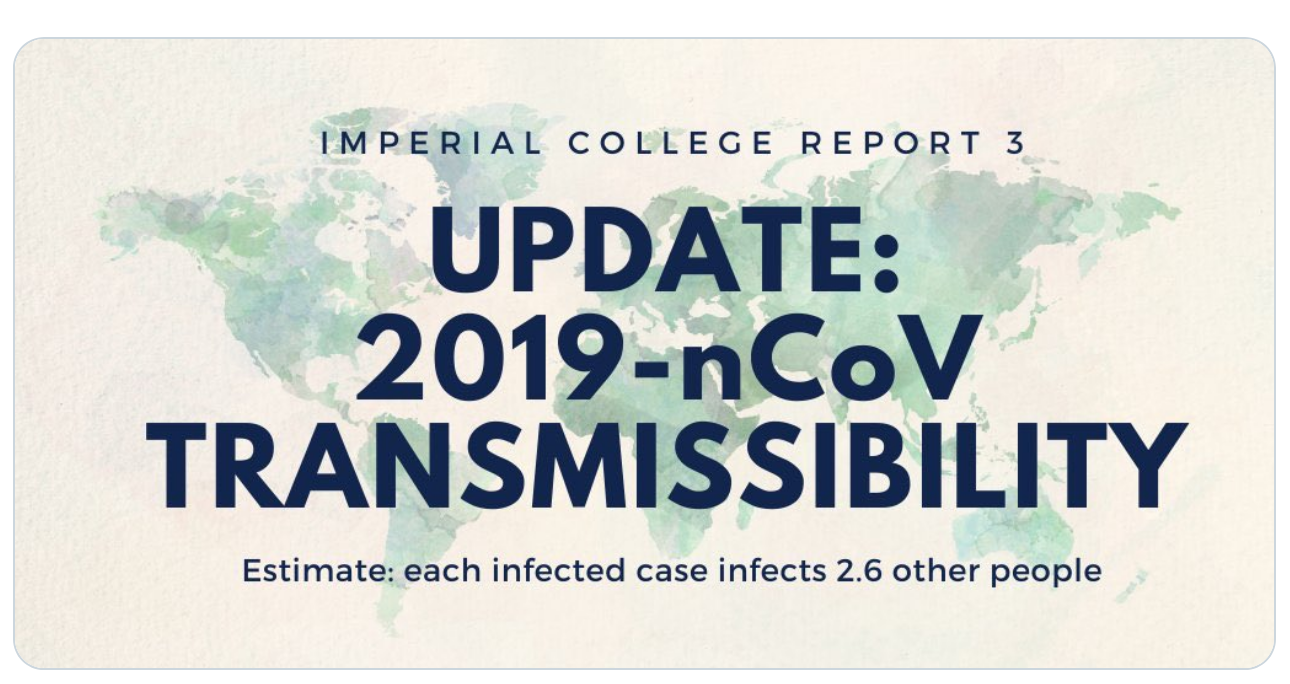 posted on Jan, 25 2020 @ 12:01 PM
link
If this virus really can be picked up from surfaces and inhaled/ingested...it's time to avoid buying, if possible, ANY products from China...At least until this crisis from China abates.

originally posted by: IAMTAT
If this virus really can be picked up from surfaces and inhaled/ingested...it's time to avoid buying, if possible, ANY products from China...At least until this crisis from China abates.


It will be useful to know how long the virus remains viable on a surface at room temperature and if it must remain wet to survive. Some viruses die after they have dried out.

the air by coughing and sneezing
close personal contact, such as touching or shaking hands
touching an object or surface with the virus on it, then touching your mouth, nose, or eyes before washing your hands
rarely, fecal contamination

originally posted by: Gargoyle91
Do they know how long the virus will survive on surfaces ?

I was reading somewhere that up to few days so nothing specific so far.

I can barely read any of this material without being put in a tense bodily state - which guzzles useful energy that could otherwise be used by my immune system to keep me vigorous and healthy.

The more and more attention that is brought to this anxiety inducing issue, the paradoxical effect is that it'll increase the likelihood of a persons getting sick for the simple reason that sympathetic arousal saps energy from parasympathetic immunological regulation.

Thus, if you want to be healthy physically, stay positive in your psychological relationship to things.

If a dangerous and aggressive virus is going around the only lesson you should take from it is to correct any bad habits you may have: don't get overly aroused in your interactions with others; reduce your physical activity or workouts if you have any; eat more nutritious foods like cooked vegetables - greens, especially. Get to bed at a reasonable time; limit how often to go out; and be careful not to go between indoors and outdoors too often (i.e. between room temperature environments and the frigid outdoors). There are plenty of rational ways to reduce the likelihood of you getting infected - but obsessing about it and keeping track of it is a sure way to burn a lot of useful energy that would otherwise be earmarked for your immune system.

A calm and coherent mind creates a resilient body.

originally posted by: blackrabbit1
a reply to: IAMTAT

If the US starts shutting down and quarantining major cities...as China is NOW doing...it's worth considering.
edit on 25-1-2020 by IAMTAT because: (no reason given)


Seems what should be done - any link for that announcement?

posted on Jan, 25 2020 @ 12:26 PM
link
There was a study out last year that the were trying to figure out why viruses spread through hospitals, in spite of all the precautions hospitals take. They found the reason the flu spreads is because there is not enough humidity in the air. The viruses are attracted to water and with less water in the air, they aim straight toward humans. Where-as with humidity levels above 40%, they get distracted by the water in the air.

Thus in surgery, they lower the temp down in the room to keep doctors cool in all their garb, lowering the humidity in the room.

This explains why there is a FLU season and why it begins when it begins and stops when it stops... it's all about the humidity in the air.


Kill it with fire

posted on Jan, 25 2020 @ 12:33 PM
link
Got this yesterday on WeChat in a group family members use to keep in touch: (used WeChat translate on it), along with a video show streets in Shanghai were empty in spite of Chinese New Year:

"‼️ 
 Friends of Shanghai circle of friends, please do not go out today, 4:00 ~ 4:30 this afternoon, everyone is at home!  Shanghai will use aeroplane aerial spraying to disinfect the city!!!
Please tell your friends and relatives about it."

originally posted by: butcherguy
This study from NIH says that coronavirus can remain viable on surfaces for as long as.... get this... 28 DAYS.


This is no normal virus.....
Makes me go hmmmmmmm.