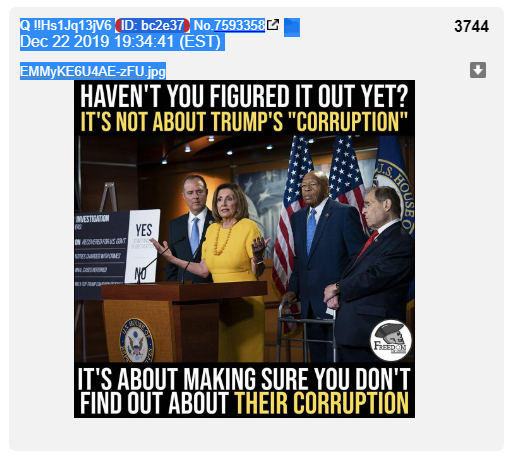 Trillium, the POTUS tweet in Q3740 has significant decodes:


The Democrats and Crooked Hillary paid for & provided a Fake Dossier, with phony information gotten from foreign sources, pushed it to the corrupt media & Dirty Cops, & have now been caught. They spied on my campaign, then tried to cover it up - Just Like Watergate, but bigger!


2) CAPS only simple gematria gives:
a) Base = TDCHFDDCTJLW = Q117 Why was arrest of Alwaleed important
b) RemoveDupes = HFJLW = Q59 How did SA welcome POTUS

>>148028820
Thank you Anon.
FBI/MI currently have open investigation into the CF.
Why didn't Comey drop this?
Who was the FBI director during the Haiti crisis? How many kids disappeared?
How much money was sent to CF under disguise of Haiti relief and actually went to Haiti?
What countries donated big money to CF?
SA?
Why is this relevant?
Snow White
Q


This links Comey, HUMA and CF to SA? 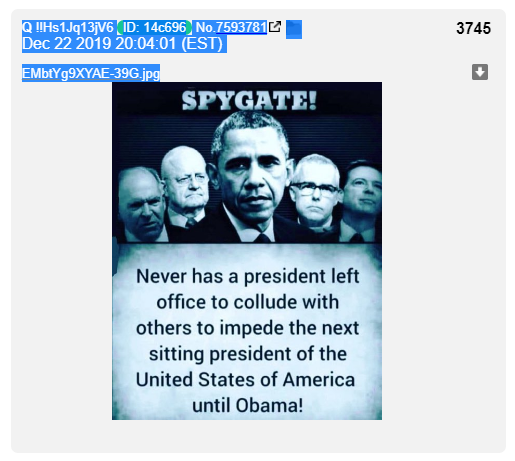 You can see from the responses to Congressman McCarthy what our side is lacking... Proof or evidence to back up incendiary claims and statements. 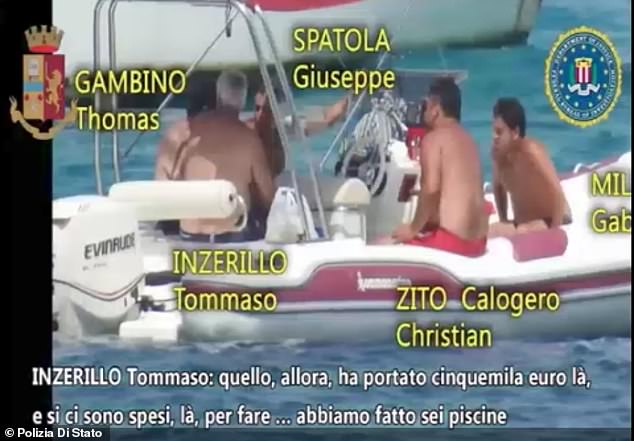 Toying with the enemy! 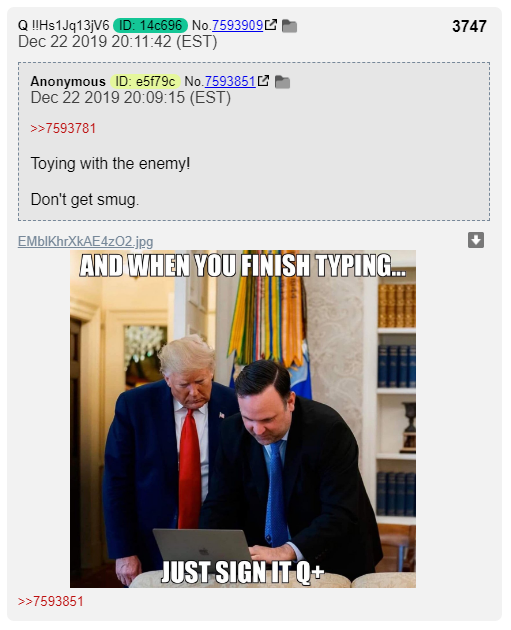 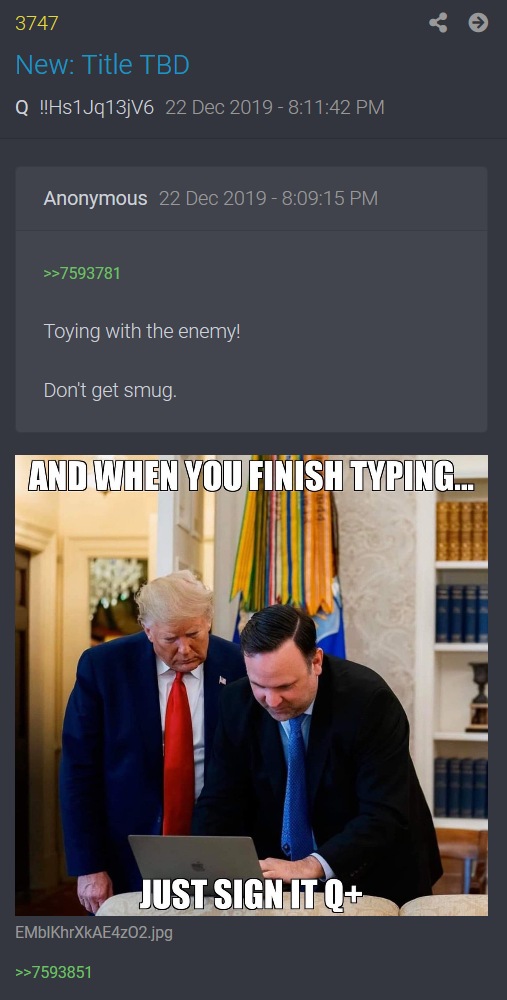 Chairman Graham, it's time.
Senate was the target.
Q

After listening to today's video of Graham, and digesting Q's posts today, I understand why the Dems HAD to bring articles of impeachment against the president. They had to put a halt on the Senate and stop any forward motion in other investigative matters.

Nancy is holding her breath and playing a timing game. As soon as her dogs get a sniff of forward motion in the Senate, she's going to bring the Articles of Impeachment and halt everything.

But...we know nothing can stop what is coming.

posted on Dec, 22 2019 @ 07:32 PM
link
a reply to: crankyoldman Usually bigger celebrities relate to the world through their publicist, cleared by their "manager"
bettemidler.com/
bettemidler.com...

EMN, if the picture name has changed from Q3696 to Q3744 then this one is a hot prospect for a Steganography decode? 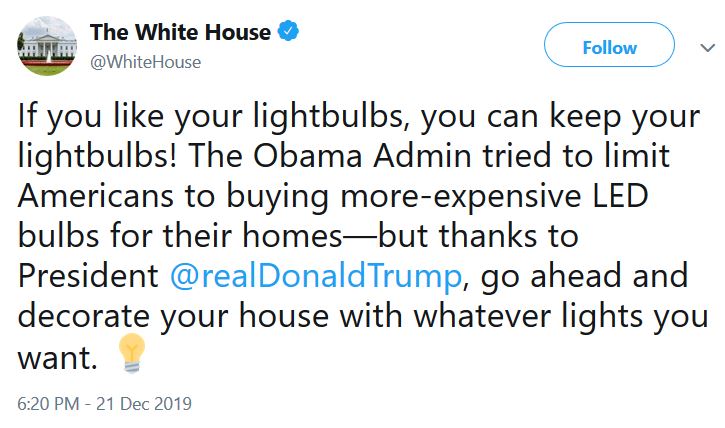 There was a few mobsters back in 1960s/1970s Chicago where the FBI broke into their homes and offices and placed illegal wiretaps.

It wasn't a situation where the court rescinded the search warrant or found its basis illegal.

Literally, no court Order, they just put the listening devices there because they're the FBI.

FBI agent's name was William Roemer. He wrote a book about it. Retired from the FBI with honor and distinction, despite having admittedly placed illegal wiretaps.

So honestly none of this surprises me.
edit on 22-12-2019 by LanceCorvette because: (no reason given)

Trillium, I hope I'm wrong but the picture filename in Q3745 indicates the following to me:

Not sure if that's it.

The Senate can make its own rules of procedure. If they accept the Articles, they can then schedule the hearing for a week, six months, ten years from that date. The House sending Articles won't stop Senate business because one chamber can't control what the other does.

And if they need to take a break during the trial, they can just adjourn.

I've heard this theory before and I just don't buy it.

What’s the difference when McConnel, the Senate leader, receives them. He can “hold” them as long as he wants before releasing to his members.

The game can be played by both sides. McConnell could also use any SpyGate (real crisis) to justify up/down vote of Senate without trial. 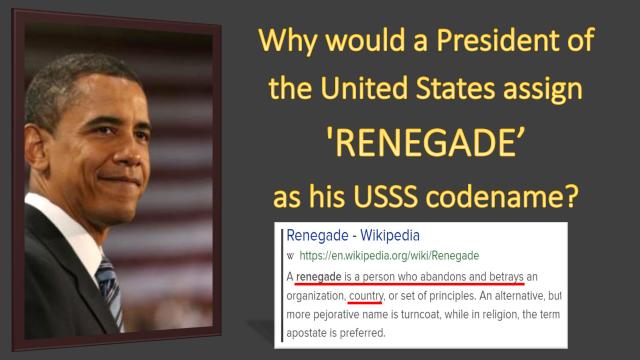 Sen. Graham: Pelosi 'taking a wrecking ball' to the Constitution

Dec. 22, 2019 - 15:34 - Republican Sen. Lindsey Graham accuses House Speaker Nancy Pelosi of denying the president his day in court in the Senate on impeachment and trampling on the separation of powers.
Fox Video 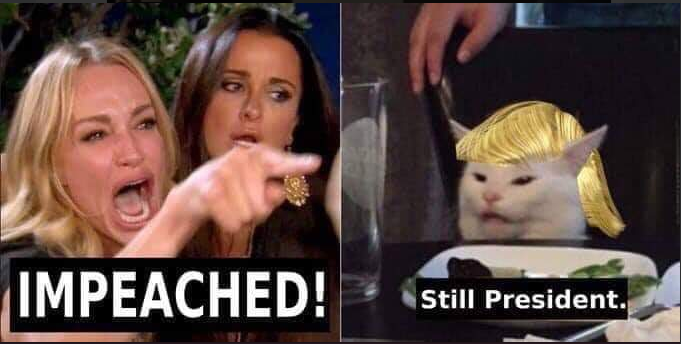 This is a revealing meme, as it is FULLY media created. In no other part of our lives to people do this. No one hires a plumber who says when fixing the leak "well, in 1865, the day we saw plumbing go indoors we reference articles of plumbing blah blah blah..."

This is really interesting. So many seem to see this as exclusively a case of law. If>Then, as if reality is constructed this way. It isn't - not by a long shot, as "law" is post event narrative defining. In reality creation the entire system is forward, not backward. Q is about reality creation not post even defining.

This whole legal self pleasuring stuff is obscene. The legal folks see the entire world as If>Then, as they have lost the ability to create forward, but exist in a world defined backward where all is malleable depending on what is included or excluded. Obvious murderers walk free - lawyer manipulation. Thieves walk free - lawyer manipulating words, dates etc, words parsed and worse...

I have said often (Qonfirmed) that this is about reality creation and not post event narrative control. As such, the dems are trying the old system of reality creation, the problem is they lost control 3 years ago and the reality is not forming as they had hoped. Look at it, the leader can't complete a sentence. The "front runner" has the worst optics in human history and that he's best quality.

How do I know? Look at the joke that this impeachment is, were it not for 24 C_A enemedia media-matters shareblue bs there is no discussion. Literally the media are creating "if nancy, then mitch, oh senate will, plus DJT thinks..." all out of thin effing air.

The outcome is set, DJT cannot be removed from office - not now, not in 2020, the MATH does not lie here. The only answer is to force the populace to create an alternate reality that favors their desire. It has already failed because this is their effort. This is just a show because they control nothing - many not even the words out their mouths.

How do I know? When was the last time an independent investigator was given free reign, able to travel to foreign governments, and.... given FULL DECLAS (Barr has it) to investigate ALL the top players in the US including the former President - and zero leaks about it?????

When was the last time Russia, Ukraine, Italy, UK and who knows who else cooperated with a US investigation that included a "abuser of power political rival named Quid Pro Joe?"