“Dust thou art, to dust returnest," Was not spoken of the soul. Not enjoyment, and not sorrow, Is our destined end or way; But to act, that each to-morrow Finds us farther than to-day.

Those cathedral roof timbers were original, it would be expensive to restore them.

The BBC has just had an expert on French Catholicism on TV.

He said that, in France, Church and State are separated. The question is "Who pays for the restoration?" (accepting the timbers have returned to dust).

If the French state pays for the restoration then it has effectively taken ownership of the biggest French symbol of Christianity. As the chans put it, it would be like Macron saying "All your christianity are belong to us!".

The BBC reporter asked "Well if the state shouldn't pay for the restoration, who would? The Vatican?". The response was "Money only goes IN to the Vatican, it's not given OUT".

I also see from TV footage that the scaffolding on the cathedral forms a pyramid shape underneath it. With the fire, the left hand side of that pyramid is now dismantled.

ETA - I know the monetary value of the contents is not the point but just to put it into context, the wooden bust in my avatar is also 800 years old... 30 years ago it was valued at $50k. Multiply that up for the original woodwork in Notre Dame.
edit on 15-4-2019 by RelSciHistItSufi because: ETA

Perhaps this will inspire the church to build something new with complementary art linking to the original like they did in Germany? 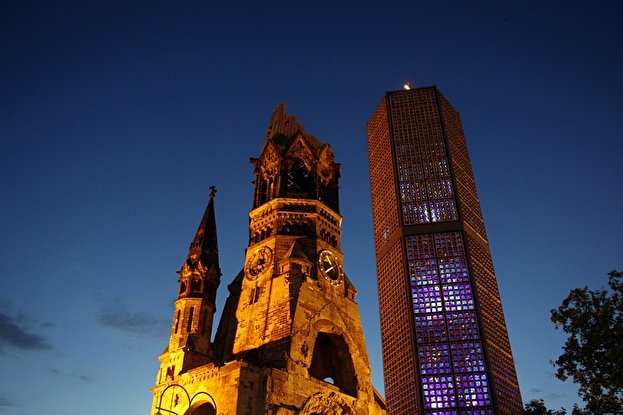 originally posted by: butcherguy
Tom Fitton tweeted these two words:
“Obama knew .”
Tweet
Doesn’t seem like his typical stuff.
I wonder if we are reaching the crest of the wave?

I remember when ATS used to remove my posts that contained exhibits shown in that Twitter thread. Particularly the GCHQ letter. For some reason, that agency/UK has tremendous power over a lot of U.S. people. Judge Andrew Napolitano (FoxNews), for one.

A French billionaire has pledged 100 million euro towards the rebuild.


It does beg the question what those that pay then get in return.

SRTs within HSI often work closely with other federal and state law enforcement agencies when performing high-risk operations on a large scale. HSI SRTs train with the FBI's Hostage Rescue Team, the Army's Delta Force, and the Navy's Special Warfare Development Group (DEVGRU). Through a strategic relationship with the U.S. Department of Defense's Special Operations Command, HSI SRTs have been given access to the latest combat gear and firearms designed and designated for U.S. Special Mission Units (SMUs) – elite special operations forces

edit on Mon Apr 15 2019 by DontTreadOnMe because: EXTAGS ADDED IMPORTANT: Using Content From Other Websites on ATS

So basically you guys are the Special Forces of ICE?

But movements have been hijacked,and undermined by the most nefarious of means.

That's why I from the beginning have refused the [snipped] slogan.. I have No idea how far some of you are willing to go to get there.or where some of you may want to go..

Don't get me wrong, if the q movement is true, I support it..it's a legal means to the end of a corrupt system.

Not anarchy in the streets..

But,again I must stress... no outside comms.


beware the false prophets,
And be wary of their profits,


No offence meant to anyone..

edit on Mon Apr 15 2019 by DontTreadOnMe because: (no reason given)

Someone here mentioned 'lead' and the toxic smoke. Similar to asbestos and other toxins in the 9/11 event, which killed many thousands more people in the aftermath.


The exact cause of the blaze was not known, but French media quoted the Paris fire brigade as saying the fire is “potentially linked” to a $6.8 million renovation project on the church’s spire and its 250 tons of lead. The Paris prosecutors’ office ruled out arson and possible terror-related motives, and said it was treating it as an accident.

ETA: ToL beat me to it but above is the article.

Yea, I had read that. Quite impressive! DEVGRU aka SEAL Team 6.

As I said four pages back..

Did you see the color of that smoke..

I was at ground zero Two weeks after 9/11 working as a commercial mover..It was my job to clear out 5 floors of office space across the street and relocate it to an industrial park in Connecticut..

The smell was unexplainable..asbestos and roasted flesh..It clung to my nose hairs for weeks after..And my breathing has never been the same..

That 250 tons* of lead went up in green and yellow smoke. Every single one of those innocent bystanders or gawkers watching that spectacle will suffer long term effects..

Respectfully,
~meathead
edit on 15-4-2019 by Mike Stivic because: Pounds to tons

Ha ha, people don't believe me, Philly is so laid-back.

I noticed that the smoke that was emitted before the roof collapse was yellow, that would indicate lead. I would also like to say IMO that this entire suppression/containment, was handled with the knowledge of amateurs and, that smells off to me.
Their are a few reasons.

Obviously the 2 hour response is unacceptable, in any scenario. I've heard it was rush hour and they could not get there, that's why you have secondary resources. You should have volunteers on the ready, or a list of all men in the area with training. Their is no good reason in which a situation that started off as smoke/kindle resulted in full loss of a structure, this was not Siberia, it was Paris France!. Some people believe a dropped cigarette or welding torch caused this. A simple fire extinguisher that, at least by NY law is required to be at the ready, could have nipped this.

A roof fire sounds bad and it is but, the worst case scenario is a basement/boiler room fire. This scenario prevents entry to the structure until suppressed, in most all cases. Boiler room...fuel..Boom.

Now, I wasn't there but IMO They should have:

1-SOAKED the ground floor before it was engulfed to reduce heat for the men going in and, prevent a total structural fail, while water boats pummeled the roof. Water falling on your head is expected, and sometimes welcomed.
A water drop from a chopper/plane would be last resort if containment failed..which it did in this case. If that was called in, it would be made clear to us to exit the structure prior to the drop.

When your inside a blaze the structure talks to you. The steeple going down is an absolute pull...get out. However, you would have heard the moans of the twisting metal prior to it's collapse.

The whole thing stinks, their was inadequate suppression at the source, a horrible response time and poor response overall. The damage would have been done but, I believe the tragic lose of this entire structure results in one of two truths.

These men hadn't a frigin clue how to deal with a fire of this magnitude or, the abundance of accelerate's made every offensive option unattainable.

Either was god bless these men, It's hot in hell and, this looked like hell.

Q related or not..these are things to pay close attention to! The unfortunate war is beginning.
edit on 15-4-2019 by Sabrechucker because: ad

Don't know if you are speaking about 0311 Warrior, but he has said that he has no affiliation with Q

His info is from the field.

He gave us info on thi s shortly after it happened.

All forums sometimes have people who are in the know and give reports.

We are fortunate to have Warrior.

If you were not speaking of Warrior (tho I know no one else who has inside info in this area or on ATS) then my apologies.