“I can say that Putin’s plane and the Malaysian Boeing intersected at the same point and the same echelon. That was close to Warsaw on 330-m echelon at the height of 10,100 meters. The presidential jet was there at 16:21 Moscow time and the Malaysian aircraft - 15:44 Moscow time,” a source told the news agency on condition of anonymity.

"The contours of the aircrafts are similar, linear dimensions are also very similar, as for the coloring, at a quite remote distance they are almost identical", the source added.

The potus just said so.

i would also guess, if it was shot mid-air you would have seen some kind of smoke trail leading to the place of impact but not one of the videos i saw shows that. But this would also depend on many other factors.

Could also be as if you say, that it's not a video of the actual plane we are talking about.

edit. they are showing the video in a news report.

originally posted by: Jobeycool
The most hilarious thing is how they call them seperatist,when they are Russians who started fighting in Ukraine.


So let me get this right. Ukraine had a democratically elected president. Instead of impeaching him or going through legal measures to get him out of office.....a few radicals hijack the legitimate protests and through brute force assume power and control. The "separatists" didn't start a war. They simply refuse to acknowledge the authority of people in Kiev who overthrew their leader by force. The battles start going south for these radicals in Kiev...(i.e. military transports being blown up, several aircraft, etc. over the past few weeks) and all of a sudden a plane gets blown out of the sky. Not just any plane but another Malaysian 777. I think you need to do some more reading about how this whole situation was instigated and how things have played out since. Then you will understand all the pieces in play right now. The CIA is heavily involved in Ukraine. We all know what type of dirty work they do. That's who started this war.

originally posted by: intergalactic fire
a reply to: Rosinitiate

i would also guess, if it was shot mid-air you would have seen some kind of smoke trail leading to the place of impact but not one of the videos i saw shows that. But this would also depend on many other factors.

Could also be as if you say, that it's not a video of the actual plane we are talking about.

edit. they are showing the video in a news report.

The problem with that video is no one can tell what went on beyond the horizon.

For reference of the third plane, it was speculated that it may have been stored for future flase-flags...


originally posted by: Jobeycool
The fact they call them seperatist when they are Russians is bizarre enough.

Not really, if a major countries labels a screw-up done by "Separatist's" thing the whole thing gets swept under the rug.

If the same country takes, or has to take responsibility for the action then it's a whole new ball game.

That is why it is bizarre.Like they are pretending they are not realy Russians.

Neo, it was reported about an hour ago that the black box was found and sent to Moscow, so don't pretend to be some clairvoyant.

Any plane going down over Ukraine could be easily mistaken as an Ukrainian military aircraft , and would not be surprising considering the history of this war...

originally posted by: MrLimpet
Don't know if this has been posted yet. Sure to add to the mystery.

President Putin's plane might have been the target for Ukrainian missile - sources.

That doesn't make any sense. Honestly. How does that make sense to you as a thing??

Why would PRO RUSSIAN separatists try to shoot down the plane of the guy who's funding them.

posted on Jul, 17 2014 @ 02:10 PM
link
My condolences to the affected families but… but.. Shutting down or technical failure… why the hell they allow civilian flights over the sensitive/alerted/conflicted area in the first place..?

Something is not right here..

originally posted by: tranquilone666
a reply to: zazzafrazz
Which would seem to contradict the video we have all been shown as the crash site would it not?


Hmmm maybe not? Ifa part of the fuselage broke off that had no fuel source to burn, would mean the extended debris field outside of the major fuel fire could have parts of the plane not on fire. That appears to be the case in some of the images posted so far by locals. But I'm no fire expert nor crash expert.
edit on 17-7-2014 by zazzafrazz because: (no reason given) 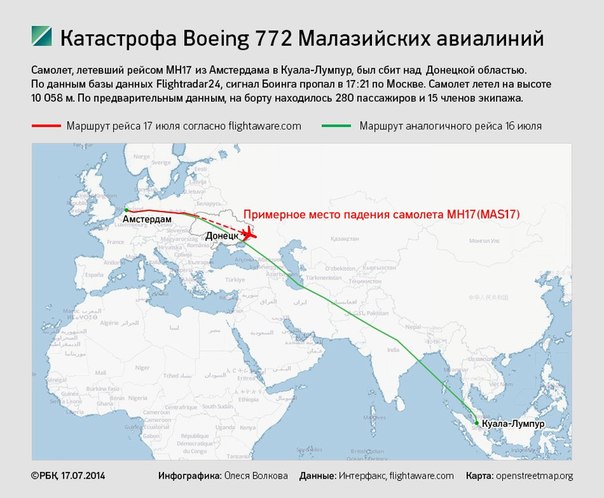 Check this out , Kiev traffic controllers deliberately lead the aircraft into the combat zone . There is obviously something suspicious here 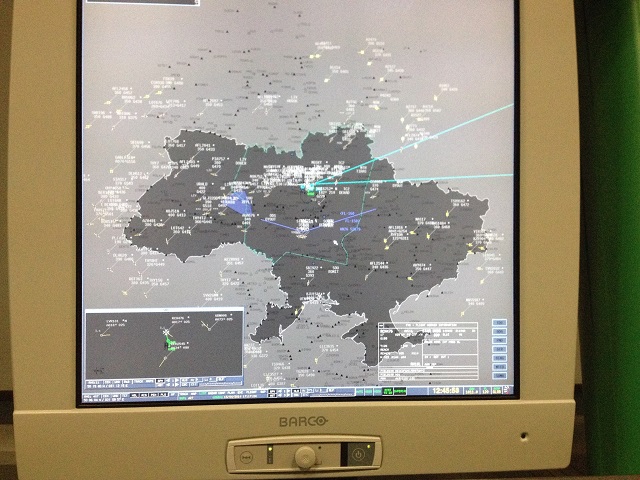 Here is a pic of an actual ATC display at the Kiev ATC Center. They control all aircraft within the boundary of the country.
Notice in the bottom right hand corner of the airspace the blank area with little to no aircraft. This is where the original route of the aircraft would have been based on the posted projected flight path.

This blank spot is the result of loss of a RADAR station that was never repaired in that area of the country. To avoid the area, it is common practice to reroute the aircraft around that area by altering the course on initial contact.

Notice the concentration of aircraft in the northern middle portion of the country also being re-routed do to lack of coverage in the South East.

This is most likely the reason for the alteration of the original filed/projected flightpath.

originally posted by: amkia
My condolences to the affected families but… but.. Shutting down or technical failure… why the hell they allow civilian flight over the sensitive/alerted and conflict area..?

Something is not right here..

Because no airline is expecting to be shot down at 33,000 ft over pretty much any territory that allows commercial flights

Only terrorists do that kind of crap

Seriously what on earth is the significant of this post? Do you even have a clue as to what you're talking about? First of all, the MH370 planes serial number was 9M-MRO

originally posted by: yourmaker
Time for NATO to mobilize.

Have you enlisted yet?

Neo, it was reported about an hour ago that the black box was found and sent to Moscow, so don't pretend to be some clairvoyant.

Russia 'never' does anything wrong.