I’m sure there a whole lot of people who are not from the United States of America who wish DOOM on the USA, who wish for its downfall, and that’s okay. They can wish all they want. I’m an American and I’ve known those people have existed all my natural life.

Today we see something different though; we see people trying to flood into America in record numbers. That immigrants would want to flood into the land of the “free and the brave” is not surprising, it really isn’t. What IS surprising is those residents who encourage them for the purposes of destroying the country. That very thing they seek; freedom. THAT is surprising.

That they would be killed and murdered in their own country, that entire generations would flee to the USA is not surprising; that they would flee for a better place is completely understandable…it IS, after all, the very foundation of this great country, is it not?

These people from Mexico, Central and South America…even the Middle East, flee the persecution of their world, and then they come here and want it to be just like where they came from! WTF?

On this day, 242 years ago, the United States of America said “NO MORE”, and we remain free to this day.

You can say what you will about America, but we are free, more free than any other country on Earth, and there is a document called the Constitution of the United States of America which many a man risked their lives for, and we all stand to defend.

Today, some of us have chosen to stand divided. Fair enough, you have a right to an opinion. Just make yourselves known. …

I stand with America this Independence Day (as always) and those citizens who do not are NOT my friends, allies or fellow countrymen…no, they are the enemy!

May you all have a safe and enjoyable Independence Day, America (and any others who wish to join in)!

If those who disagree with your take on things are your enemies, so be it.

(Seems kinda extreme though, to be honest.)

that's not my point, really. My point is those who wish for the destruction of the articles of the Constitution are not my allies.

Can you see the difference?

Opinion is one thing, within the framework of the Constitution. Wishing for the downfall of a nation is something entirely different.

originally posted by: Flyingclaydisk
a reply to: Gryphon66

that's not my point, really. My point is those who wish for the destruction of the articles of the Constitution are not my allies.

Can you see the difference?

Opinion is one thing, within the framework of the Constitution. Wishing for the downfall of a nation is something entirely different.


I can see a difference naturally. Your post seemed rather declarative though with a strong tone of "my way or the highway."

We aren't going to get anywhere healing this nation that way, if that's what you meant. That's my point.

Even the Constitution is something we can all have different opinions on ... there's not only one way to interpret things as history has shown us clearly.

I'm sorry, if I'm intervening in your 4th of July feel-good moment in speaking your peace, I'll be glad to desist.

posted on Jul, 4 2018 @ 06:04 PM
link
I think IndepenDANCE day would be pretty cool, along with normal Independence day. Dance parties in the evening, after the afternoon BBQs. I think it may just become a thing after today's Twitter flub.

No, you see, that's just it; your opinion IS more than welcome (always)...so long as we always have those opinions under the same flag, and agree to do everything we can (not just fight, or even fight) to defend that flag. That we will never turn our backs on that flag, against our fellow countrymen.

I truly ask nothing more.

originally posted by: Flyingclaydisk
a reply to: Gryphon66

No, you see, that's just it; your opinion is more than welcome (always)...so long as we have those opinions under the same flag, and agree to do everything we can (not just fight, or even fight) to defend that flag. That we will never turn our backs on that flag, against our fellow countrymen.

I truly ask nothing more.


Fair enough! Our Flag is a symbol of our Country, to that extent, I'll be glad to stand with you.

There's a typo in your title.

I appreciate it. I was typing fast. Had a couple typo's there.

ETA...needed to get rid of a couple "a's" and replace them with "e's" too, and missed period (and no, I'm not pregnant...that would be hard)

There's a typo in your title.

I think it looks right, but it could be writer blindness.

ETA...Gawd, I'm so embarrassed, I'm a nut about grammar...and I flunked on this one!

posted on Jul, 4 2018 @ 06:38 PM
link
I think maybe YOU think people are thinking about YOU more than they really are, outside YOUR perception of the world.

More free than any other country on Earth?

Although things such as freedom and bravery are subjective, I'd say the least 'free' of any country on Earth.

Well, I'm definitely not thinking about you!

So, I guess you're right! 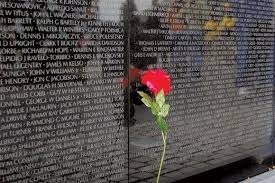 Will they get there? Yes, probably over time. I see it slowly changing in Texas. We've seen what its done to California. But the change they are ushering in wont quite be what they hope for. They may well get their European model of socialism. But in the end, even if they were able to manage coming to power at the National level, they will find themselves up against an insurmountable brick wall of debt.

And therein lies a real truth. The US is, as an economic powerhouse, is peaking and ready to start a long, painful decline. Be prepared for that.

posted on Jul, 4 2018 @ 07:04 PM
link
I have no issue with Americans celebrating a special day like that. We Aussies have similar days celebrating our independence from the British and so forth.

I do take issue with some of the other nonsense, however, like saying many people around the world want doom for America. While there are some, yes, they hardly constitute the majority, or even the minority, of the other 6.7 billion humans on the planet that aren't American. What many of us want is for you lot to stop acting like you own the planet, stop screaming about how you're the most free country on Earth when that is demonstrably false, realize there is a whole wide world out there where the majority of the human race exists - America is but one of many countries and that we all need to work together to advance the human race into the future, not throw up border walls and treat "foreigners" like they are some sort of disease.

I could go on for a while but I'll stop there, hopefully people get the point. Hopefully.