I can PROVE government behind bombing, I feel fear posting this

There are going to be bridge and possibly museum explosions in US next.

BECAUSE US GOVERNMENT IRONICALLY IS ABOUT TO SUPPLY ME WITH PROOF

If this was just two muslim fanatics acting out their sick fantasy. This will be over right here and now.

And there won't be for at least 6 months any new mass casualties or injuries.

But because this was indeed false flag, and because US government needs troops on the street for controlled collapse of the economy.

Within next 2-3 weeks there are going to be more attacks and more deaths.

United States is a big country, doing few attacks here and there are simply not enough for government to implement unpopular agenda.

So there are going to be more and more AND AS MANY AS IT TAKES, attacks.


Now some of you lovers of CNN, will point out how there is plenty of evidence these guys are real terrorists.
(and they are, as in they kill people)

But I will only once remind you that some of 9/11 perpetrators have been caught and tried, with all the videos and passports and evidence made before hand.

And I know a good 75% of you know 9/11 was inside job, regardless of how convincing the shadow government made it for the masses.

So if you are a shill, I won't even debate you.

If I were you ladies and gentlemen, I would stay clear of concerts, museums, any bridge


--------- What really made it click for me is that DHS insider report, the guy was crystal clear in 2012, watch for the fall in metals (gold silver) for the green light to be given for transformation.

Given DHS insider report for the fall of metals.

Soon all you keyboard warriors will have your patriotism tested.

I however am not that brave, I am leaving for Russia (I married a Russian chick). I'll find a nice lake, pack a gun for the bears, and go fishing in peace while the Rome burns.

Hopefully KGB goons are not gonna think of me as an American spy and follow me around.

FOR FACEBOOK YOU GOONS, IT IS FOR THE FACEBOOOOOK
edit on 20-4-2013 by peterlopez42 because: (no reason given)

Didn't that spy who was poisoned say on his death bed that Putin
killed him, and that it was Putin who was also behind the theatre bombings in Russia?

BECAUSE US GOVERNMENT IRONICALLY IS ABOUT TO SUPPLY ME WITH PROOF

So, about when are they going to supply this proof?

Are you going to post that info for all to see?

If this was just two muslim fanatics acting out their sick fantasy. This will be over right here and now.

Well clearly it was not just that or why are the ricin letters mailed to the pres and others at the same time.

If it comes to a how question IF things are false flags and yet there are persons to find commiting the acts, I think people do not understand how developed mind control has become, so it is possible to have actual attacks and yet it not be as simple as it looks.

By the way I agree with you, there will be larger incidents.


He said it was a rant and the proof will be in the pudding when we are fed the pudding.


That was kind of my thinking,
should probably wait until there is proof before posting about proof..


I personally believe that the older brother was trained in bombs or something, and trained his younger bro.

I personally see no US Gov. connection.

Other world Governments? Maybe...anything is possible.

I guess we will just have to wait but this theory sounds completely plausible to me.


Ummm, his proof will be future events, if they occur. Did you not read that part? He's combining present events with the DHS insider info as well as using history to predict the future, which is always subject to change. Of course I too am not fond of titles with "proof", "prove", etc.
edit on 20-4-2013 by Swills because: (no reason given)


I did. But in his title he stated he can prove it, not that he is going to prove it.
Expected something else other than a rant.


Will wait to see what else if anything comes out of this thread.

posted on Apr, 20 2013 @ 11:45 AM
link
So what your saying is that the government might see what you just wrote and think your a terrorist because you expect something to happen over the next few weeks and your moving to Russia?

Originally posted by Darkblade71
reply to post by Swills


I did. But in his title he stated he can prove it, not that he is going to prove it.
Expected something else other than a rant.


Will wait to see what else if anything comes out of this thread.

Now think positive. We're just being too hasty with the evidence the OP said he'd be getting. I'm sure just a little patience is all we need. 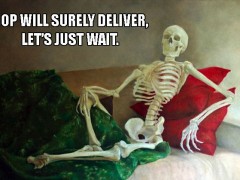 After all, these threads always end well, right?

posted on Apr, 20 2013 @ 11:55 AM
link
Even if your theory is correct and they find out you've posted your theory on ATS (though quite why the US government would want to go around bombing their citizens escapes me), I shouldn't worry about it.

They aren't going to come for you; you're far too insignificant.

Chill out and have a beer.


Good thing I am patient.

I hope your wife doesn't turn out to be KGB herself.

What you are seeing now is the massive preparation for huge never been seen before Civil unrest in the USA.

Originally posted by peterlopez42
There are going to be bridge and possibly museum explosions in US next.


If I were you ladies and gentlemen, I would stay clear of concerts, museums, any bridge

Care to elaborate on why you singled out these particular venues? Where are you getting that info from?

posted on Apr, 20 2013 @ 12:03 PM
link
You can run away if you so choose to, just know that you are turning your back on people who are trying to fight for the country instead of killing it.
Yes this country is going downhill- all the more reason to fix it, not hide from it.

..And Russia?
Given the tense relationships we already have with them, if anything is going to happen to the united states, it will more than likely effect Russia big time as well- for it will be more than likely that we would be going to war with them instead of trading recipies.

..so I say choose wisely- and may the journey be well for you.


Personally, I have always been suspicious of these so called "teletubbies." 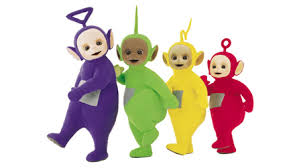 There is something suspiciously creepy about them.


What you say may be correct but it sounds like 'they' have already defeated you if you're living in constant fear. That is the goal of the "terrorist". (It's in the name.)

I agree that staying off of bridges if possible is a good idea. No proof or anything, just a hunch.