posted on Feb, 16 2013 @ 08:16 AM
link
Join the ATS LIVE crew for a jam packed episode discussing the hot topics of today, the best and brightest of YOUR threads across the boards and live interviews with some of the greatest minds on the planet regarding unusual phenomena, conspiracies and political scandals.

Pope Benedict To Resign At The End Of February
www.abovetopsecret.com... -

Huge Asteroid To Skim Past Earth At 18,641mph
www.abovetopsecret.com...

'The Magical Battle for Britain' during WW2 and how the witches of Britain fought the Nazis
www.abovetopsecret.com...

The Beast Of Gevaudan
www.abovetopsecret.com...

The off topic Half Hour...

Know yourself by your Avatar
www.abovetopsecret.com...

:: Paranormal Studies ::
A strange feeling in the air?
www.abovetopsecret.com...

:: Space Exploration ::
Each Presidential candidate spent more than it would cost to track incoming asteroids,
www.abovetopsecret.com... 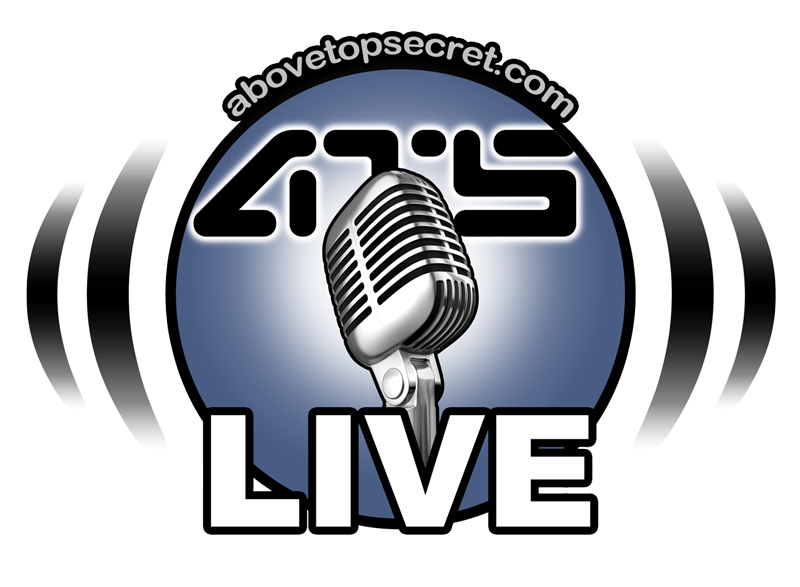 ATS Radio - its virtually everywhere.
edit on 16/2/13 by neformore because: (no reason given)

Ended up finding this week some really interesting Mondo Bizarro's and can't wait for you to hear them...


Waiting with baited breath for your listening to the show..!
Johnny

I am so happy to be joining you tonight.

"A journey is like marriage. The certain way to be wrong is to think you control it." -- John Steinbeck

ATS my friend, is a journey!

And ATS Live! is among my favorite stopping points!

I missed you guys!

posted on Feb, 16 2013 @ 05:32 PM
link
Yeah, i would listen in but i just cant get into it anymore, at times its hard to fallow you guys and i find myself getting annoyed. To much talking over eachother and interupting.

This is of course all just my own humble opinion.

I may stop and check it out and see how it goes, and thats if i can even connect this time.

posted on Feb, 16 2013 @ 07:28 PM
link
Ok! I'm here! Did I miss anything!! I was out feeding the skunk apes (and a black feral cat thats slowly getting use to me) and remembered that this was on tonight!! Jeeze! I forgot to lock the back door! Be right back!

posted on Feb, 16 2013 @ 07:35 PM
link
Yes the near miss asteroid side swiped the ATS lives "mother ship" they are working diligently to make sure tonites broadcast happens without interruption.
edit on 16-2-2013 by neo96 because: (no reason given)


Divers Find No Trace of Meteorite in Urals Lake

Interesting development in the meteor story for you all

Looking forward to the show.

Originally posted by neo96
Yes the near miss asteroid side swiped the ATS lives "mother ship" they are working diligently to make sure tonites broadcast happens without interruption.
edit on 16-2-2013 by neo96 because: (no reason given)

Originally posted by AfterInfinity
Hello to everyone on the show! First time tuning in, I'm sure I'll enjoy it!

What is Your Native American Totem?

any chance of someone posting the usernames of who we are listening to?

LoneWulph's thread on evaluating scientific claims (from ScienceDaily) This method ALSO works for non-science threads as a way to judge your sources. If you're looking to put up a thread that people are going to call "well researched", here's a good guide to finding just the right sources.

Fabricated Memories -- There was a related Sciencedaily article, but alas I can't link it since you need a subscription to read it. FatherLukeDuke and Yorkshirelad had interesting posts, and ttobban makes an intriguing point about the struggles of decision making given how much information our brain can store.

Trueman's introduction to the Tupa culture group. This indigenous group is one that is often overlooked, and they have some interesting cultural practices. One of the few matriarchial groupsaround.

Corruption Exposed's thread on the possible spread of Ebola to Bangladesh Mr. Mandelbrot indicates that this is the second time it's shown up in Asia. This is of particular concern to me, since many world governments don't want to admit any infectuous disease problems in their countries (for many reasons.)


Two others:
Just for grins -- the REAL laws of nature


Not science, but Vkey08's deconstructing of common legal fallacies in many "soverign citizen" type arugments No matter where you stand on the issue, these problems are ones you should be aware of. Vkey08 has some professional legal experience, from what I gather, and reviews a number of these.

And for the tourists:
Isyeye's thread on lesser known historical structures. What fun! Ready to pack and go exploring?


And thanks to those who commented on my thread on Facebook and attitudes Many interesting comments there.


The folks you are listening to are....