Greetings! I wrote a much longer post that was NOT published so I will keep this more brief!

Attack of Ezekiel 38,39, Psalm 91 (SAME EVENT AT SAME TIME!) Russia, Iran, & allies
attack Israel AND US. Reason for gov underground bunkers?? Will it be on 12~13 (New Moon)
NOT 12~21 of THIS year?? Do they want to be SAFE while Americans PERISH?? Is this the REASON for 1000's
of plastic coffin liners for dead bodies to be burned?? Bush Senior of this 31 year Bush Senior NWO under The Vatican's CROSS long ago stated that he wants the world population down to 600 million! Mad Jad (my name for Iran's leader) recently spoke before the U.N. He mentioned "Jesus Christ" and "NWO", Vatican names. Moslem
nations like to attack when there is not any moon!
This gets a little complicated. As an eschatologist (studies Biblical end time events), I can mention many more
things about Hebrew history and these special dates.
After this attack, Communist Russia and Islam are no longer world powers. "The Mark of the Beast" takes center stage! Revelation 13:18 The #666= the name Jesus Christ containing a CROSS (X as in Xmas!)
Please READ it for yourself! Greek Diaglott, FREE on The Web.

WHO SURVIVES?? The wise understand this! They believe in the Father and Son (Yahweh and Yahshua)
and have THEIR Names sealed in their foreheads (temple area of the brain). Revelation 14:1

My prayer in writing these words is for ALL reading to survive THIS! They are NOT written from the top of my head but from the bottom of my heart!

The BIBLE = Best Interpreted By the Less Educated

The BIBLE = Bitter Ignorance By Lemmings Extraordinaire?
edit on 3-12-2012 by ColAngus because: (no reason given)

The BIBLE = Bitter Ignorance By Lemmings Extraordinaire?
edit on 3-12-2012 by ColAngus because: (no reason given)

Stereotyping anyone with a certain belief system = sounds more bitter and ignorant........

does that work or? hmmmm maybe i need practice


To the OP , interesting man, where are you coming up with this?

Not saying i believe it but its cool to see people think obscure
edit on 3-12-2012 by ManBehindTheMask because: (no reason given)


Amen brother......wait, what the hell are you talking about?


Spare what exactly? I saw the OP post a serious and inquisitive post....to be met with a long line of extreme hate directed at everything his own OP on his own thread was trying to talk about.

I wonder....does it work as well if the rest of us come crash and dash the threads of those doing it here? I mean rude...doesn't cover this. Maybe it's just me...but if the OP said "I'm Christian! Insult me please!" I'm not sure the response would have been as gleeful in doing just that. Ugh.....

No one has to accept religion but I'll never understand what makes some people spend so much time and effort seeking out new ways to put it down AND the people who follow it. It's not clever..it's hateful and ugly. That's my two cents for the thread. I almost feel like we ought to apologize to the OP.

This looks bad on everyone. bahh.. Deny Ignorance is a little lacking tonight, it seems.

Pretty close to what the "Illuminati" have been showing. When the Lord casts Satan down (possibly the revelation of the B'Nai Elohim?), this is when the rapture will happen. They constantly show it as a trade. To cover up the rapture there will be nuclear war (and perhaps the "alien" invasion scenario?) This is probably what the bunkers are for. Here's a little sample from Buckingham Palace how they show the Nukes flying when Satan brings the capstone of the NWO (notice the V, for the 5th age this event will usher in): 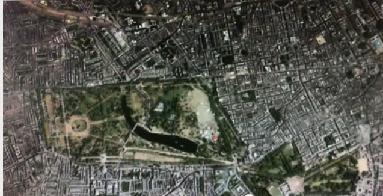 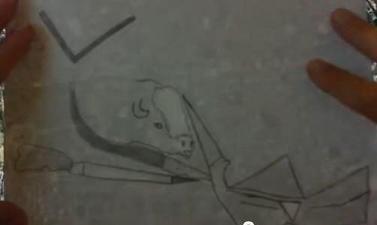 
Hmm. I guess to some of us the mere belief in religion seems to conflict with the directive to "deny ignorance."

But yeah, maybe we were a little too loose with our jollies. Sorry, OP. Please carry on.


Ezekiel 38 is totally seperate from Ezekiel 39 . Ezekiel 38 is about the attack against Israel by the people and lands mentioned in that chapter . Zechariah 14 tells of Israel loosing 2/3rds of their land to Magog during this battle . The Antichrist will bring a false peace long enough to have the Temple built for his purposes and sit in it claiming to be God . The AC will be rebuked and his fury will be against Israel . Then Ezekiel 39 is where Jesus comes back to save Israel and the alliance of Gog and Magog is beaten and only 1/6th will be left .
Those marked with the Name of God in their foreheads are the 144000 virgin Jewish men of the 12 tribes of Israel and they will preach on the earth during the wrath .
Jesus has no ties to the 666 mark of the beast that will be the Antichrist .

Oh I know...the anti-religion folks here are numerous, vicious and outright mean spirited in many cases. It's all over the forums, daily. It's literally impossible to miss. It just shocked me to find it on a thread honestly started to discuss a serious thing related to Faith?

Oh Well.. I usually keep my tongue on this stuff because we all have to live together around here..at least among the regular and long time people we do. Sometimes, it gets too much not to say something though. It really does.... Sorry if I offended anyone personally....I worded it as generally as I could manage to avoid that by names.

There are people who live, die and wake each morning by Faith though. The level of offense some of this puts to those folk is literally difficult to put into words. About as offended as an Atheist who has a Bible Thumper that just never ever quits, I'd imagine. I' said my bit tho...I'm off to other things.


Why don't you explain how life started here on earth and lets see the other side of creation explained .Being that you have thrown out the biblical explanation lets see your explanation . The Bible is called the book of life .


No, I think you're missing my point. You brought up the ideal of "deny ignorance." How can you propose that while accepting faith in any religion whatsoever. The key word being "faith" of course.

I guess in my world the two cannot be reconciled.


LOL. You want me to start at the big bang and work my way forward?

Listen, I don't propose to be that smart, but what I do know is that it sure as # wasn't some boss man with a beard casting out a naked chick and her pimp for snagging an apple from a snake.


Re the new moon attacks.

Except for Iraq's incursion into Kuwait, I can't think of any other offhand. Can you tell me of some and was the Kuwaiti attack during a full moon?

Thank you Wrabbit2000. Even though I have a hard time believing in the "holy" books anymore I really don't have a problem with those people that do believe. I don't understand why some try to hate just for the sake of hating and not trying to be constructive in the thread. It is ok not to agree with someones beliefs and it is ok to state why as long as you can stay on topic and not belittle the OP for their beliefs.

I consider myself to be agnostic but my wife is a Christian (the holy roller type...lol).

To the op I enjoyed your sense of excitement although I truly can say that I did not quite follow exactly what message you were trying to impart unless it was that Jesus was coming again.