originally posted by: hounddoghowlie
a reply to: Granby

but not the people that make the case law

you don't think the people that make the case law know this, now will they pander to thug sympathizers in the climate that is now present in the U.S. remains to be seen.

so why don't you post some case law you are talking about.

Excuse me, but what has the location got to do with whether something is lethal or not?

Look, I am not going to excuse the cops. This was probably poorly handled. Not gonna argue that. But the bottom line is that the guy did grab a weapon from the cops, he did run away, he did turn and try to fire it at the cop. That's enough for me to make the following statement:

Yes, it's questionable... the officers claimed he failed a field sobriety test. He was passed out in a Wendy's blocking traffic, so if the report is true he was guilty of DUI. The cops had a duty to arrest him in that case. He therefore resisted arrest and attempted to assault a police officer. No way in holy Hades will the cop ever be prosecuted. As a matter of fact, it is standard procedure to take a blood alcohol reading after a fatality, and that will likely bear out the officers.

Oh, and tasers are indeed sometimes lethal, and almost always incapacitating. That last part makes them a lethal threat to an armed cop. The story about tasers doesn't get to change when you want it to. I said they were potentially lethal back when that argument was going on, and I will say the same thing now. This "use whatever story fits" crap is why Derek Chauvin will walk away a free man after killing George Floyd on camera in broad daylight.

If that were my kid, I'd feel like I did a terrible job raising him. Someone that steals a weapon from cop, deadly or not (depends, because people have been killed by tasers), is probably gonna get put down for good... definitely shot at. Because someone capable of this is clearly a danger to everyone. What if he'd jacked that car with the kid in it to get away? Literally any option is in the table when it comes to idiots like this. Maybe defunding the police and teaching that in schools would help, because it seems to be mystery even to you.

Get out of the kitchen.

She lost ALL CREDIBILITY - so sad.

posted on Jun, 13 2020 @ 09:07 PM
link
Atlanta had better have several potential police chiefs ready to hire on a moment's notice. I got the feeling they'll be losing at least one per month for the foreseeable future.


But the bottom line is that the guy did grab a weapon from the cops, he did run away, he did turn and try to fire it at the cop.

he did fire the weapon, if you run the video at .25 speed as i said you can see the leads from it unfurl before they hit the cop.
start and stop it thru the :12 sec mark frames. also if you run it from the 8 sec mark just before the guy comes from behind the white car you can see the cop holding up his taser which is lit up lit like the one in the guys hand. it is lit up all the way until he's hit and it goes out when he drops it. 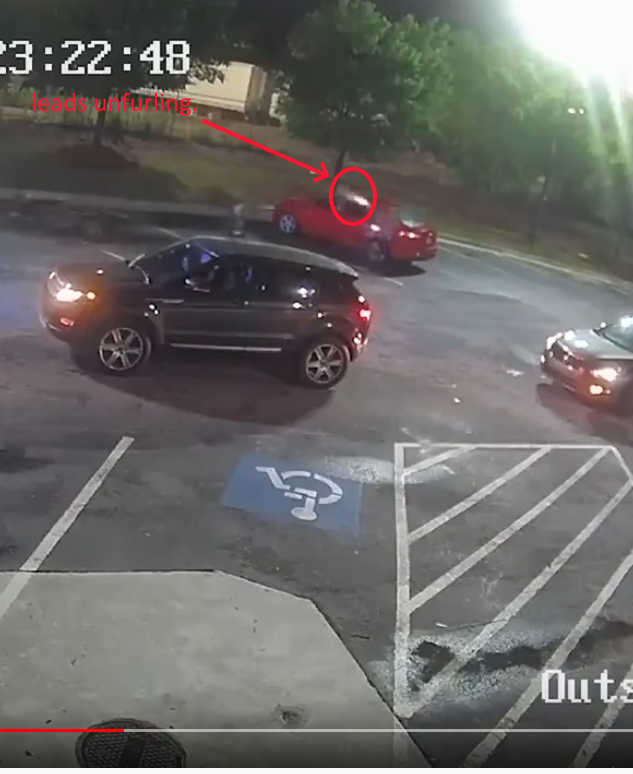 I know we have members in Hot-lanta. I hope they stay safe.

Because it was somehow the fault of the Wendy's that all this happened, so they're looting it and possibly burning it.

I just don't get that logic.

These old eyes aren't what they used to be. I'll take your word for it. :up;

In the end, just trying to fire is justification for a cop. That would just be icing on the cake.

They set fire to a gas station next to the Wendys... What could happen if the under ground gas tanks catch fire?

There is no logic, only incompetence.

i had to put on my 3.25 computer glasses to see it, they make everything come alive again.

Disappointed in the police chief for resigning in response to this incident. They clearly put someone with the opposite of leadership qualities in a leadership position. Shameful, weak-kneed individual. This was the time to step up and lead.

They're like the small children who scream and yell and wrap themselves around their mother's leg at the store because momma won't buy cookies. They only reason it gets to that stage at all is because momma has not held firm in the past and she's caved to their demands.

And I'm not talking about just at this level, but all along the way. All their lives, tantrums have worked for them.

Gots to try me some of them...