I wonder if she too had some knowledge about Spacey or Epstein...

.House Financial Services Committee Chairwoman Maxine Waters publicly hinted in recent weeks that Deutsche Bank has begun cooperating with her demands for Donald Trump’s banking records. Today, Waters told reporters that the bank has in fact begun giving her Trump’s records. It’s not difficult to figure out why Deutsche Bank has begun cooperating: Waters has subpoena power, thanks to the new Democratic House majority, and she can force their hand anyway.....

....If Deutsche Bank wasn’t using these loans as cover for laundering Russian money to Donald Trump in New York City, then this is all one phenomenal coincidence. Now that Maxine Waters has her hands on Trump’s Deutsche Bank records, she’s going to be able to give us definitive answers one way the other in upcoming congressional hearings. Stay tuned......


Waters added that she is satisfied with the level of the company’s cooperation and said her committee will look into “everything” in the bank’s records on Trump. The bank previously rejected similar document requests from Waters in 2017 and 2018 when she was in the minority on the panel but has apparently had a change of heart now that Democrats control the House.


Hillary didn't have a special counsel battering her and everything about her for 2 years. Hilary Clinton had the Democrats protecting her, along with people at the FBI and who knows where else. Hillary Clinton didn't have illegal spying on her and her campaign. Hillary Clinton is not innocent and a lot of evidence has come out since thanks to the likes of Judicial Watch et al. Comparing this ongoing horsesh* with Trump to everything Hillary did is asinine at best, bud.

posted on Dec, 27 2019 @ 02:15 PM
link
a reply to: scraedtosleep
Nope, they are afraid they might get suicided if they follow the money trail down that rabbit hole.
Seriously though,
She, like other high ranking dems, don't get in trouble because of WHO is "enforcing" the law. We still have many that are rabid supporters of the left.
For example, look at the Horowitz report. If you read it, you can plainly see the agents and lawyers involved were biased. The report was as well because it said they were no bias.
Remember Louse Lerner? Allowed to retire instead of going to jail for the IRS targeting conservatives.
It happens all the time.
No one is above the law unless they share the same dogma, I guess.
Quad

posted on Dec, 27 2019 @ 02:24 PM
link
Frankly, we should be looking into Congress' financial records, as in every single Congressman and Senator.

Chock up another 'Actor'


According to a report by Indian news agency ANI, Punjabi was found hanging at his Pali Hill residence in Bandra, Mumbai. Police also found a suicide note at his residence. An Accidental Death Report (ADR) has been filed and further investigation is underway.

posted on Dec, 27 2019 @ 04:05 PM
link
Mueller certainly dug into Trump’s finances. I’m sure the Southern District of NY is as well. Not to mention the Obama weaponized IRS has Trump in an audit.

If there were “financial” misdeeds we would have heard about it by now. How do I know? Because the Left has to use a fake dossier, criminally use the FISA courts, manufacture a whistleblower, and now the lame articles of impeachment.

The swings and misses by the Dems, Deep State, and Far Left MSM clearly reflects the lack of actual wrongdoing by POTUS.

The further and longer the Dems dig, the more dirt they have exposed on themselves. Heck, without the whistleblower we wouldn’t be knee deep in Hunter’s business. Without the Russia Hoax, we wouldn’t know about FISA abuse and the Flynn frame up. Without Epstein we would not hear about Bill’s Lolita trips. Without all of it we wouldn’t have CNN/MSNBC/ ABC/ NYT, WP, all branded as Fake News.

ETA; the REAL gem? Is that in all of this Democrat self exposing, they have neutered their Dem candidates.
edit on 27-12-2019 by PilSungMtnMan because: (no reason given)

NEW: The U.S. Coast Guard has launched a search for a tour helicopter in Hawaii carrying seven people on board.

Authorities say the helicopter has not been heard from in more than 12 hours, and no locator signals have been detected.
twitter.com...

I think Obama & Pelosi are somewhere in Hawaii.

That was on the radio this morning. They've known about it for a while, but bad weather has hampered the search.

Authorities are perplexed because the transmitter that is supposed to send an emergency signal is not working, even though it was designed to function deep in the ocean if necessary.


first female Bollywood superstar Sridevi Kapoor died in a hotel room in Dubai aged 54. First reports said heart attack. The next day the story changed to: lost her balance under influence of alcohol and drowned in the bathtub. She was a good dancer which means she would not easily loose her sense of balance. I think she may have been silenced so she wouldn't spill the beans on sexual abuse and pedophilia in Bollywood.

Lots more about her death in the post I quoted from.

Having gate keepers holding information between Q and the masses doesn't seem to be in keeping with Qs goal of awakening the masses.

Their self exposure must be augmented with criminal indictments to reach the big audience of America.

Republicans are in charge of the apparatus that can do that. The longer they take, the more it seems as if they too have something to hide.

This President Trump tweet indicates that the corruption is wide and deep. It encompasses even inspector General's within the government.


WWG1WGA. Yeah. Part of the problem is that the destination is only outlined in the rough. Rounding up corrupt officials is great, but there has to be more. Else we'll eventually sink back into an invigorated swamp.

Nothing on the planet enlists more incentive to compromise one's better judgement/innocence than the thrill of making lots of money, because anyone who has it knows it translates to freedom to go about our own business, unmolested/served on a platter.
I say the Fed will have to do the compromising this time around, and illegal foreign aid disbursements the house and senate representatives enjoy will stay in our pockets this time, with term limits.

originally posted by: Creep Thumper
Frankly, we should be looking into Congress' financial records, as in every single Congressman and Senator. 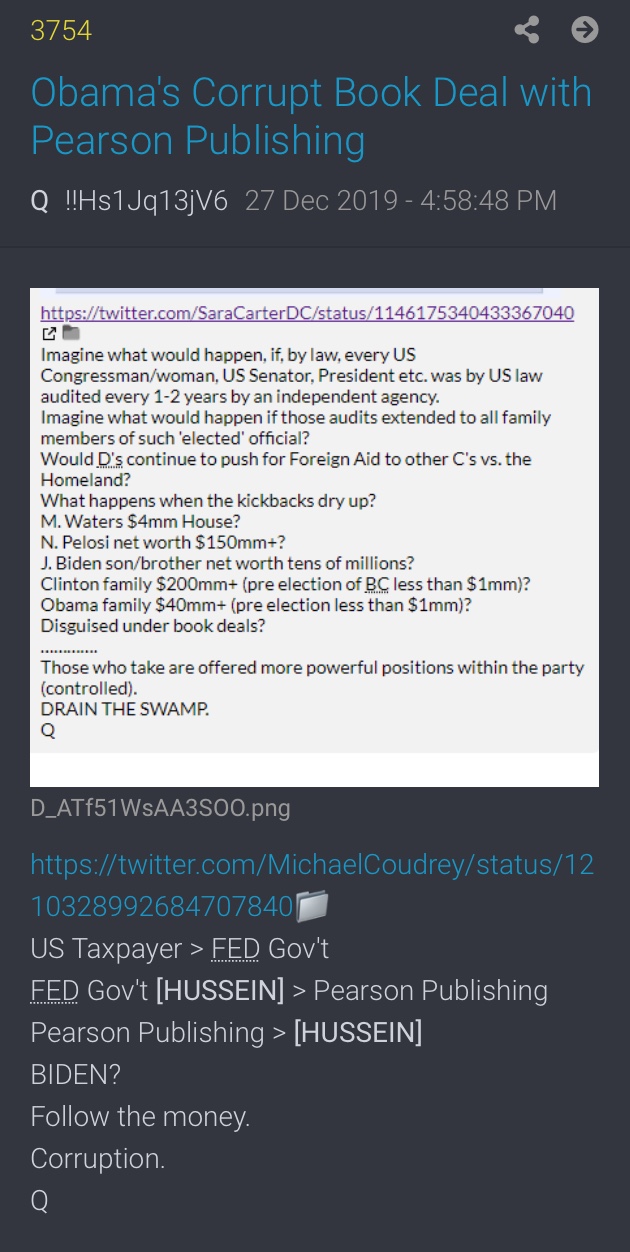 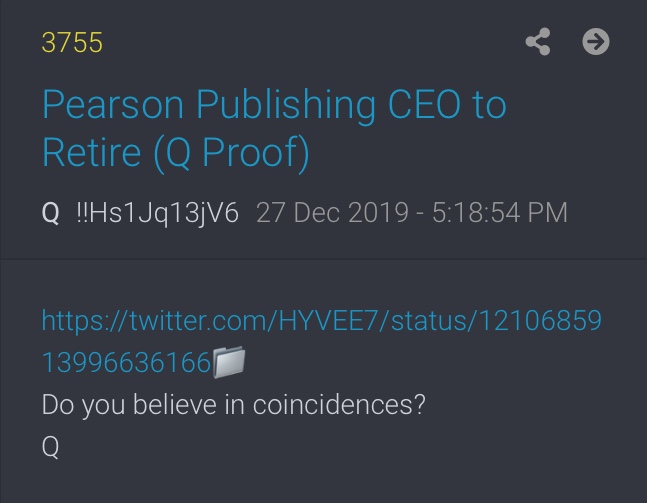 posted on Dec, 27 2019 @ 05:45 PM
link
Still trying to decode my dream featuring the letters G and V which had interesting gematria values - repeated here for comparison with the screenshot below. 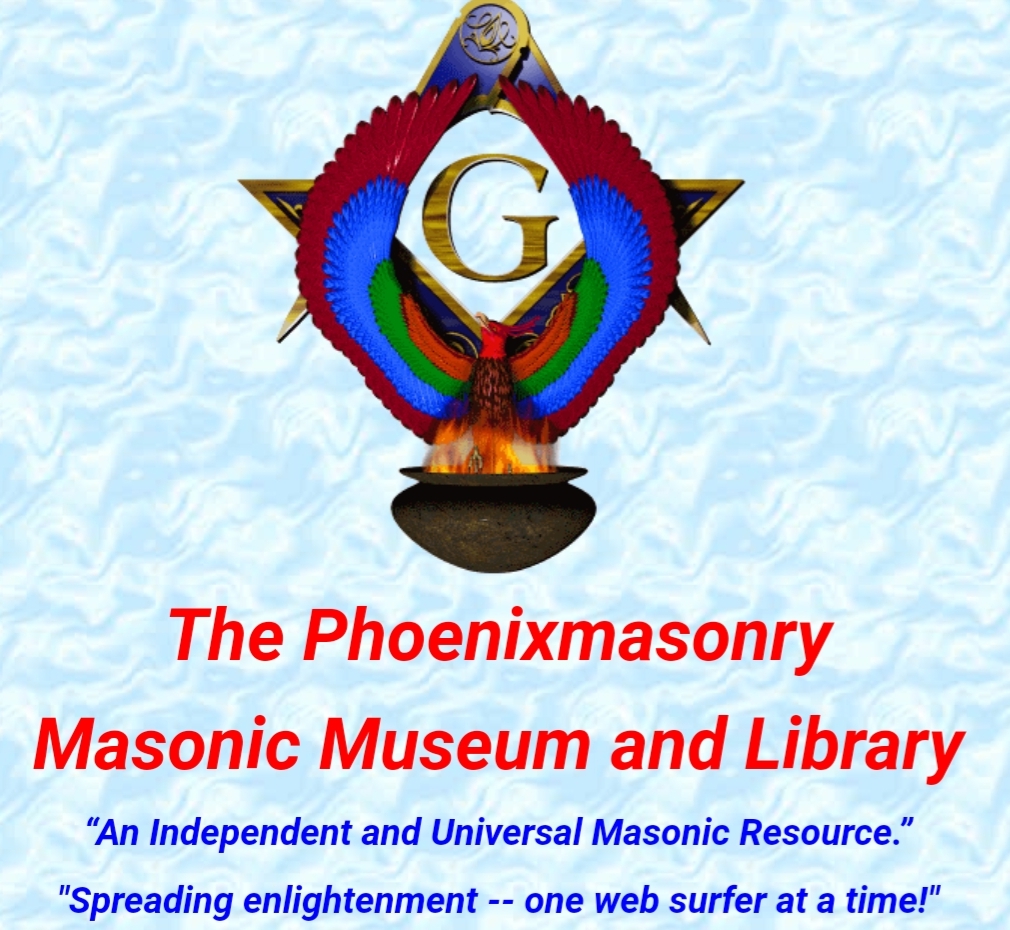 G hovering over V over rising Phoenix. The Lord Might Be Human and Annuit Coeptis also seem very masonic-ish. Only Get Brexit Done seems not to fit, unless...

I am neither pro nor anti freemasonry btw. I don't feel I know enough about the fraternity and their curious fetish for French maid outfits to form any strong opinions either way.

edit on 27-12-2019 by MindBodySpiritComplex because: (no reason given)

Well, that's quite a revelation. Calling CM. Haven't seen him around these parts in awhile. Must be stuck at the north pole.
Yea, my stance on Freemasonry is mutual. 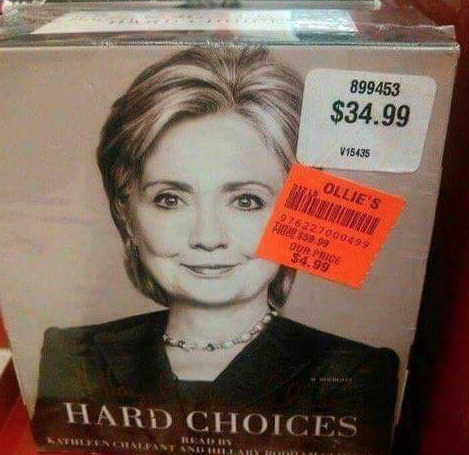 We’ve talked about the shady book deals, GoFundMe, Charities, speeches etc... 😂 PANIC as they left trails... PAIN as they face JUSTICE and accounts frozen. Speaking of COLD, Warrior hope you are well Fren. What’s the word on the street?