posted on Dec, 27 2019 @ 10:38 AM
link
EMN's recent comment about images and steganography made me recall something.

I think this happened in the 1980s and I was at a gas station. A fellow wearing a cap passed me and there was nothing notable about the cap. He went inside the station and paid his bill.

While he was doing that, I put on a pair of polarized sunglasses.

When he came out of the station, there was a lewd message printed on his cap ... that was only visible when wearing the polarized sunglasses!

I've tried to look this up -- as a gag item, how it was made, etc. Nothing, practically crickets on the internet.

I am curious if any of you ever ran across this or something similar involving hidden messages on clothing articles.

posted on Dec, 27 2019 @ 10:54 AM
link
a reply to: F2d5thCavv2
Here is something that may help explain what you witnessed.
Polarized Hidden Messages

Thanks butcherguy. I expect it was something similar. I'm not sure the film squares would work on a hat, but they got it to work somehow.

There used to be shops at malls called "Spencers" that sold odd items. The hat was the kind of thing they would have sold, but I don't recall their products having lewd messaging. My recall may be faulty on that point.

posted on Dec, 27 2019 @ 11:32 AM
link
Just for the record: last night I very clearly saw the letters g and v in a dream. They were kinda highlighted in white like I am posting them here. First the g and some time later the v. I don't usually dream letters or at least I don't remember dreaming about them. Searching for GV gives some interesting results but before I "contaminate" your thoughts with those: this mean anything to you and/or anybody else experience something similar?

I dreamed once of a city with a particular name. After I awoke, I looked up that name. I didn't find it, but I found a city in Italy that was identically named except for the final letter of the name. Felt like I should have gone there, but it was too distant to travel to on a whim.

Verdens Gang, a Norwegian tabloid and - uhm - this: 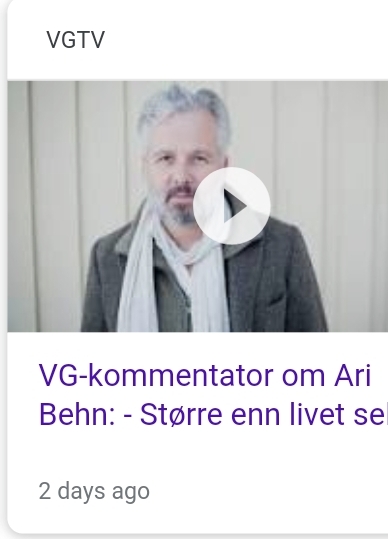 
And throwing the Gematrix at GV or VG results in:

Whatever esoteric meaning Trump is referencing to "Vase" the "Urns" is intriguing and the best possible answer I've come across!

No idea how you came across that 'Koyaanisqatsi' docu film, never heard of it but, I just added it to my purchase list.
Thank you!

I have watched his film Baraka about 15 years ago. Just noticed it's one of the films in his triology - Koyaanisqatsi, Powaqqatsi & Naqoyqatsi.

Make that all 3 I need to get.

Slich, heh, I'll bet there are good-sized crowds today wanting to view the body of Lenin.

WWG1WGA. Yeah. Part of the problem is that the destination is only outlined in the rough. Rounding up corrupt officials is great, but there has to be more. Else we'll eventually sink back into an invigorated swamp.

a Vase is also considered a Vessel (eta Maybe RED October Theme is in the works ) - speaking of which .... Bloody Wonderland is getting a Shipyard


..According to South Korea’s Yonhap News Agency the JV will break ground for the plant in the King Salman International Complex for Maritime Industries and Services in the kingdom’s eastern coast in September 2020, and the project is set to be completed in May 2022.

The Korean company is working to build a shipyard at the complex through a separate JV with Saudi Aramco, UAE-based Lamprell and the Saudi National Shipping Company (Bahri). The International Maritime Industries Company is 30% complete.

Aramco recently signed a number of agreements with Korean firms, including an agreement with Hyundai Heavy Industries (HHI) and the Saudi Arabian Industrial Investments Company (Dussur) to create a JV for a world-class engine manufacturing and after sales facility.....

Koyaanisqatsi is a very unique film. I saw it in cinema either when it came out or within two or three years after its release. It's not for everyone but the combination of Philip Glass's music and the cinematography left me deeply impressed. I remembered the urn prophecy from back then. It resonated with the cold war angst of those years. Not sure I would call it a documentary.

You guys can't tell that that is a different kind of dress?

Hillary's is wide at the bottom while bill's is slim with a slit.

Hillary's is dark or navy blue while bill's is much lighter blue.

The only thing I see that they have in common is the deep v neck. But even the v neck is different. Hillary's has that thick fold over while bill's does not.

Bill is wearing a much nicer dress.

Trump was scared enough of this rumor to authorize drones to spy on nk though.
And I don't blame him for it ether.

Kim is just crazy enough to try something.

Yep, understood on the "Docu", was just going by IMDB genre.

These type of films that focus on imagery & sound with little to no narration remind me of one titled Lessons of Darkness by Werner Herzog that shows the EPIC disaster of the Kuwaiti oil field fires during/after Desert Storm. This film reverberated with me and brought back alot of memories from when I was there to witness the carnage & devastation. That was Biblical for me back then.


The tweet, from the anonymous account @Rad123, included a video of a woman praising Trump's approach to urban poverty and included the hashtag #WWG1WGA, which stands for the QAnon slogan "Where we go one, we go all." The video originated from another pro-Trump account, @Emmy.

Has anyone followed trumps money though?

Can you link me to the investigations that did?