posted on Aug, 31 2018 @ 10:28 PM
link
I am not really sure what it means, maybe its a double play. Politically Iraq seems to have split into various factions while still appearing to be delegated with as a single unit. I think that Al-Sadr character has had influence in South Iraq before right? Someone is plotting something...

According to three Iranian officials, two Iraqi intelligence sources and two Western intelligence sources, Iran has transferred short-range ballistic missiles to allies in Iraq over the last few months. Five of the officials said it was helping those groups to start making their own.

“The logic was to have a backup plan if Iran was attacked,” one senior Iranian official told Reuters. “The number of missiles is not high, just a couple of dozen, but it can be increased if necessary.”

Iran has previously said its ballistic missile activities are purely defensive in nature. Iranian officials declined to comment when asked about the latest moves.

The Iraqi government and military both declined to comment.
Reuters | AMN

And an interesting incident in where Russian air force was denied access over Iraq skies and redirected to Iran airspace for some reason. Maybe it was not just any troops. Maybe there was special cargo as well?? What is the lift capacity for a Tu-154??

According to the reports, a Russian Tu-154M was traveling from Moscow to the Syrian coastal province of Latakia, when the Iraqi government made the decision to block the warplane’s flight over their airspace. No reason was cited by the Iraqi Ministry of Defense for blocking this Russian warplane.

Syria and Iraq have an agreement to allow their air forces to use one another’s airspace while attacking the Islamic State (ISIS); however, the Russian jet is likely transporting troops to the Hmeymim Airbase in Jableh, which begs the question as to why were they prohibited from using the Iraqi airspace.

Radar sites already went online in North Syria along SDF territory. I wonder whats next in this chess game. Someone is bound to lose a rook or a knight pretty soon. 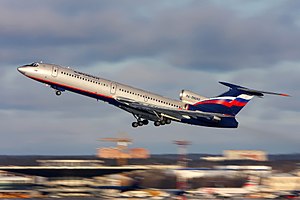 Something is going to happen in Syria, I hope our potus doesnt fall for the false flag, but he will. and we will shoot more missiles, sigh...

posted on Sep, 2 2018 @ 07:59 PM
link
a reply to: Zaphod58
So then these guys had to have been some kind of specialists or viscous war criminals/mercs on the way to the Idlib offensive to commit more war crimes. Let them take the long route I say!

Or troops rotating to one of their bases in Syria. Or one of any number of things. They might even have been empty and picking up troops to go home.

posted on Sep, 2 2018 @ 09:58 PM
link
a reply to: Zaphod58
nope they were bringing more mercenaries to commit horrible crimes in Idlib. Perhaps they will meet the same fate as the mercenaries from February in Deir e zoir.

And you know this for fact do you? You were in on planning the flight? Or were on the ramp when they loaded?