posted on Aug, 1 2018 @ 11:17 AM
link
The Baltic Sea Anomaly is still a bit of a disputed mystery as some places claim it's a natural formation while others claim it's part of a UFO that crashed.

Of particular interest to me, at this moment, is the "impact trench" that appears to precede the anomaly.

What I'm trying to determine, unsuccessfully, is the direction of the trench from end to end, so hopefully the more scientific minded members of ATS can provide some insight.

just off the top of my head - the problems with the notion of :

are [ in no particular ourder ]

how long is the alledged impact trench [ that determines approach angle ?

impact damage to the alledged " craft " - its supposedly circular - no damage ???? thatss one hel of a durable craft

profile an " impact trench " - has a signiture profile - does this alledged " trench " - fit a credible impact profile ?

There is no evidence that the Baltic Anomaly is a "UFO".....the general consensus of opinion is that it is a natural formation, the most common images on the net are actually artist's impressions and not accurate representations of what is actually there.

The Baltic Sea Anomaly is rock , the rocks and scarring (impact trench) are probably the result of the two long periods of glaciation the area experienced.

Out of ignorant curiosity, are there other places around the world, or at that latitude, that show the reality that something that is currently that deep in the ocean was not only moved by glaciation at one point, but that it produced such a scar in the earth as it happened?

I sincerely don't know the answer to that question.

posted on Aug, 1 2018 @ 12:20 PM
link
Really, the only reason it gained any attention at all is because somebody noticed it resembles the Millennium Falcon from Star Wars.

Glacial erratics can be very large. 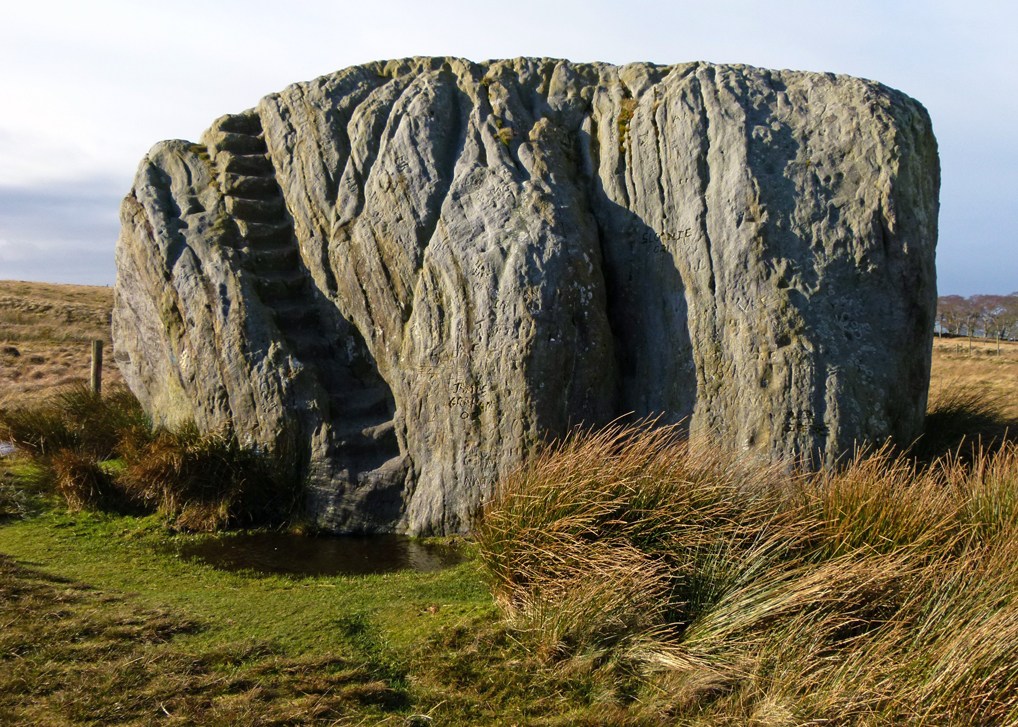 In my opinion from research I did at the time that is what the Baltic Anomaly is , but it could have another natural explanation.
edit on 1-8-2018 by gortex because: Better picture

Yeah, I know about the size and existence of these things on land--my question is are there any known to exist at the depths and of similar size as "the anomaly?"

Regardless, the facts are that it's there, and there is seemingly a trail behind it, meaning that it got there somehow by being moved in a rather straight line for some distance by some force. Of course, we have much smaller "sailing stones" leaving trails on the desert surface in Nevada and California due to the perfect mix of melting ice and wind, so there are a ton of possibilities out there.

posted on Aug, 1 2018 @ 01:02 PM
link
a reply to: gortex
Blimey gortex that glacial rock is special! It's got a steps up it. What a natural phemon, phinom, Thing. By the way they've been down to the Baltic thing and it's natural.

Not so much against as casting some doubt on the matter of it being artifact in nature (personally I belive the site has a high degree of artificiality but once again that is my opinion and this goes against that).

I had a bunch of them in my old salt water aquarium. They can actually walk them selves to new areas.
Maybe that "impact trench" is really its previous travel route?

posted on Aug, 1 2018 @ 01:43 PM
link
The "impact trench" is in quotes because I have no direct evidence as yet that it is a deformation caused by an impact, but impact trench is how it's often referred to, so I went with the most commonly known attributable name to describe the feature I'm most interested in. To that end, this is part of what I'm trying to determine:

how long is the alledged impact trench [ that determines approach angle ?

I have an hypothesis that the Baltic Sea anomaly is ejecta from a supervolcano, and if I can determine the approach angle, I have a starting point and a rough area that may have to account for the coriolis effect. From there I also need to determine the force necessary to project a 35 kiloton rock X kilometers away. I assume the force necessary would be monstrous and if it exceeds any known volcanic eruptive force, I must conclude it's not likely a result of a volcano; however, if it falls within an acceptable range and within X distance from a known supervolcano, the likelihood increases that it's simply ejecta of various forms of rock.

I did say that others claim it to be a UFO. I make no such claim.

Impact trench is in quotes because I have no direct evidence that it is a deformation as a result of an impact.

My opinion is that it's most likely ejecta or a meteoroid.

My question is in regards to locating the direction of the trench from end to end so I can determine a possible angle of impact if one exists.

This response would not be needed if you had read my post more carefully instead of seeing only a supposed connection of the original post to UFOs where none was directly or indirectly implied aside from the statement that "...others claim it's part of a UFO...".

An intriguing idea! I will definitely look into that as a possibility. Thanks!

Wow! A lot of detail in that! Thanks for your input and now I have some more reading to do!

I agree that the anomaly is likely rock and I accept that glaciation is also a possibility. Once I've ruled out it being ejecta, I plan on moving to meteoroid, glaciation and now soft coral thanks to another person.

A consensus of experts and scientists say that the image most likely shows a natural geological formation.

It ain't an anomaly.

I assume that, whether it's ejecta, a meteoroid, etc, it's likely happened before.

In either case, you're not wrong, but nothing of real significance has been added.

Is that a pic of petrified wood?
Or was that just a chunk of rock that hitched a ride on a glacier?

It's a big a chunk of rock that hitched a ride in a glacier.