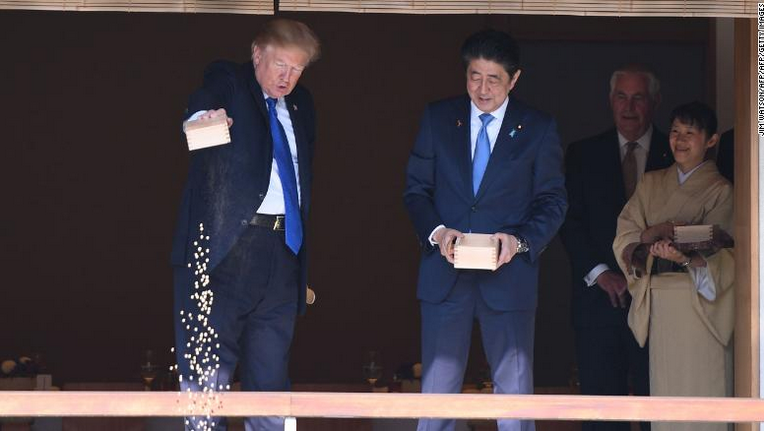 President Donald Trump took a moment out of his whirlwind Japanese trip to connect with nature and feed some fish, but after a few delicate scoops, he resorted to a grand gesture met with some laughter.

There was also a corresponding video on that page, where CNN zoomed in on Trump, cropping out the Japanese Prime Minister Shinzo Abe. That video has now changed. 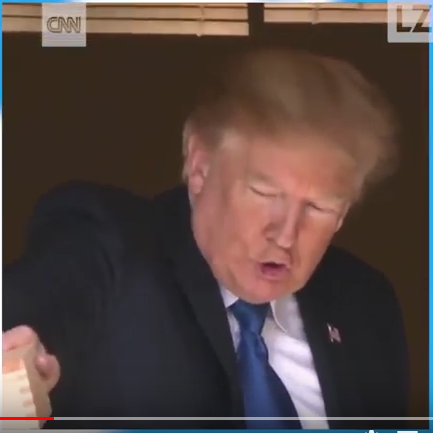 But here is what they originally had:

Of course, what really happened was quite different, wasn't it? 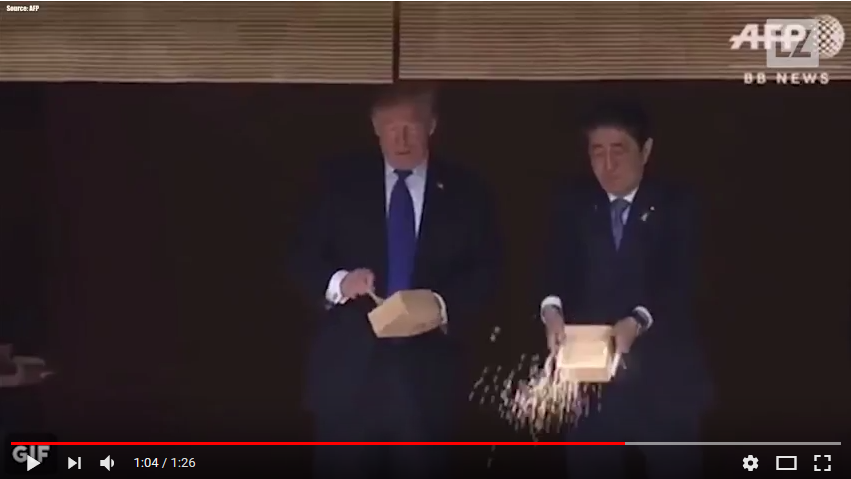 Keith Olbermann never wanting to pass up an opportunity to disrespect the President, immediately pounced on the fake CNN story. When confronted with the truth, how did Keith respond?

The dishonesty is just beyond profound.

posted on Nov, 7 2017 @ 03:36 PM
link
They're doing what they're supposed to be doing. Feeding their little ghouls their daily propaganda.

posted on Nov, 7 2017 @ 03:45 PM
link
CNN is is run by people with mental issues. They cause more damage than any shooter can. I'm hoping that President Trump will formulate an appropriate cure for their illness. Since CNN seems to be a hopeless case, euthanasia would be fine.

LOL CNN
Just Trump hating as usual.
Those retards obviously know nothing about fish.
First of all, they don't show how many Koi are in the pond and second of all, the little bit of food that Trump dumped in there really isn't much even for just a few Koi.

posted on Nov, 7 2017 @ 03:49 PM
link
If anything the dick move would be just tossing them little sprinkles at a time; teasing them.

Meanwhile koi themselves are a bunch of dicks at feeding time.

edit on 7-11-2017 by IgnoranceIsntBlisss because: (no reason given)

Olbermann truly is the king of the douchebags.

That Keith Olbermann bloke - he's a prize dickhead of the highest order. He's like the lefts version of Alex Jones, but stupider.

As to CNN and the tards, a leopard doesn't change it's spots and their fundamental M.O is deception by any means necessary.

My favorite line out of their story:
"It is not known whether the former British prime minister was as aggressive as Trump when it came to feeding the pond’s inhabitants."

What is seen can't be unseen.

I have the real uncut video of the fish feeding. It went swimmingly.

God, this is the meme that keeps on giving.