Why is it so hard for Most Trump supporters to believe Russia tried to influence our election?

posted on Dec, 31 2016 @ 01:25 AM
link
ATS is a conspiracy board, unless it goes against their political religion, in which case no conspiracy, regardless of how many facts come forward, will ever be enough to even have them for a moment consider the possibility that their religion is fallable.

MAGA and what not. Ignore all implications.

When there's a war mongering regime who the hell wouldn't want them to go away? It was no shocker when the world wanted Bush out, but OH NOES I CANT BELIEVE THEY'D WANT HILLARY OUT?!?!?! This entire subject is retardville material. And the world thought we couldn't be bigger global village idiots than when Bush was in. Sheesh!

Someone did what? Just because they'd want Hillary to lose doesn't mean they RIGGED the election. Seriously, whoever is all into this stuff, go read a logical fallacy list and a The Complete Idiots Guide To Common Sense.

Crap, I just checked Amazon, and apparently it isn't available yet.

I guess my question to you is why do you love Russia so much? Again its like you take it personal? Are you Russian?


Crap, I just checked Amazon, and apparently it isn't available yet.

It is available alright it is just listed under "fake news"

posted on Dec, 31 2016 @ 01:30 AM
link
I have no belief on the subject of whether or not Russia tampered with the election... though it wouldn't surprise me at all.

I have no illusions about the Russians being just some nice guys that want to be friends with us, and that have stricter ethical principles than our own government. (besides individual civilians, as in any nation). I know some Russians, I know people who have had enough contact with Russian military to know they remain extremely hostile towards America and are wicked smart about it. They know the value of secrecy and long term results.

Tampering with out election is actually really ingenious. Because they realize that the best way to destroy the country is to raise the already existing divide within- so whether the US government comes out with it openly or not, the Russians gain points!

I suspect they shouldn't have gone public with it, even if it is true. But then I am not privy to all facts.


They are doubting it all through this thread.

I love how the liberal's under Obama became multinational corporation / Military Industrial Complex worshiping Neo-Colonialists. I never predicted that one!
edit on 31-12-2016 by IgnoranceIsntBlisss because: (no reason given) 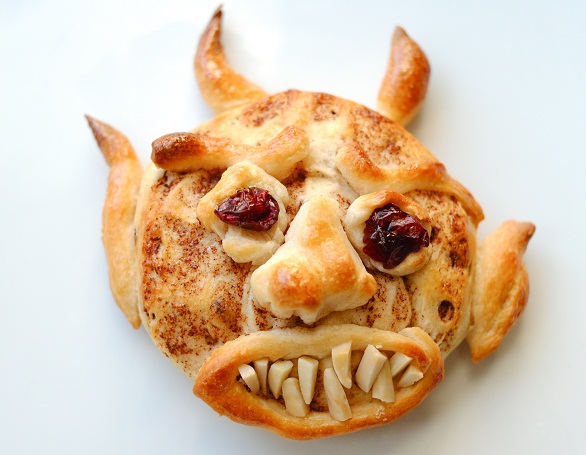 
They are doubting it all through this thread.

I must be glancing over the thread too quickly.. or the Russia hacking doubters are voicing their disbelief in terms too sophisticated for my light-hearted holiday induced mindset at this time.

Ahh ty here's a cake for you. I think its right up your ally. 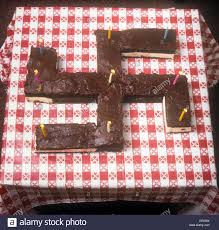 Because everyone and their dog hacked into the DNC server and Hillary's server, owing to very poor security.

In addition, Hillary is hated by most in intelligence services, because she endangered so many because of her recklessness.

Ergo, there are many, many possible vectors as to the leaks.

Ultimately, Hillary lost because most could see Hillary's BLATANT FRAUD AND INCOMPETENCE

Russia may have wanted to influence the US elections, but then so did the Chines, or more ominously, the Saudis, far more dangerous but no one talks about them.....


I agree. It just seems like some Trump supporters take it personal when they accuse Russia. That is what I dont get.

Russia is not an ally.

But Saudis, Quataris and Pakis are a more dangerous threat....

But I did not hear them threaten to nuke us once. And I think Russia is a bigger threat they have all the nukes.

The issue is not nukes; China also has nukes.
The Saudis are arming and funding ISIS, not Russia.

The refugees they cause end up on our shores, on our tax dollar, quite aside from the horrible human misery in the first place.

Thank Hillary for that brain fart of foreign policy.

Please describe the actual "influence" you're referring to, and how relevant it actually was.

I am talking about the imminent nuclear war talk. I even made a thread about back then that it seemed like they were just trying to get Trump elected.

I dont know how old you are but do you remember the last time you heard nuclear war rhetoric like that?

The nuclear war talk I was hearing the other day was pretty detailed, with Russia revealing it does nuclear drills in its major cities and is working on making nuclear weapons that can penetrate any missile defense system, even those used by the U.S. and allies. Trump responded that he would build more nuclear weapons...

posted on Dec, 31 2016 @ 01:57 AM
link
You Anti-Trump morons need to listen to this...The USA has been meddling in hundreds of Countries political affairs heck you even did it to my Country who is your ally ffs, you don't get to cry foul if someone tries to meddle in your own political affairs this is called super arrogance and mega hypocrisy. You are getting your come-uppance, you deserve to have your affairs meddled with back at ya 100 fold !

I only have a star and a flag to give you. But this is the first time in weeks I've seen anything rational posted by someone who voted Trump. Both sides have their heads so far up the rectum that both refuse to acknowledge the obvious.

Many of Trump's most fanatic supporters also tend to think Putin and Russia are awesome, and think we should be bestest of buds with them and copy their whole system. So why the idea of Putin (as you pointed out, the ex head of the f*&^ing KGB, for Christ sake) stepping in by proxy and running a heavy hacking and propaganda campaign is something they refuse to consider is beyond me.

And you are also correct, in that the Russian interference as we know it does not detract from the legitimacy of Trump's win. Even the biggest Libtard moonbats on the left like Jill Stein repeatedly stated that they did not believe the actual vote total or voting machines were hacked and tampered with, that the actual election itself remained unaffected. The whole issue isn't that Russia rigged the election. The issue is that Russia hacked into our system, selectively targeted one political party, and has been conducting a pretty heavy propaganda war against us for a few years. On top of that, what is even more disturbing to me, is that members of our government, from both sides of the spectrum, sat on this information many moons ago and did nothing about it.

Not just Putin forgiveness, either. Look at Assange and wikileaks. Two years ago, conservatives in this country wanted his head, and rightly so. I consider Assange to be a whining anti-American socialist sh*t stirrer, his past leaks have not only damaged our image, but put the lives of operators overseas at risk.

I mean, yeah, I get it, the Killary was a corrupt, scary sell out spider queen control freak. The Killary has also been taken down and is no longer in the picture as far as I'm concerned. Just because Putin played a hand in her downfall doesn't make me trust him or his intentions anymore, and I am really disgusted people are so partisan blind that they can't drop it for a moment and deal with a YUGEEEE national security issue: foreign adversaries hacking and having a lot of involvement inside our country. If partisanship has gotten that bad that they are going to ignore this, we really don't have a country anymore.


originally posted by: Woodcarver
a reply to: goou111

Im not a trump supporter and i have not seen any evidence that russia had anything to do with the leaks or our election.

Oh me either.. But Its really not that hard to believe Putin would do it.

Quite true. Was it a case of over zealous Russian intelligence services acting without direct Putin orders? It would be embarrassing for Putin to admit that he didn't have complete control over his intelligence services. The only option for him is to deny that he had anything to do with it.

The excuse for the Russian athlete doping scandal was that it was not state-sponsored and conducted by over zealous individuals. Putin can't really do the same for his intelligence services so the only option is to deny and rubbish the claims.
edit on 31/12/2016 by tommyjo because: additional info added

Extraordinary claims require extraordinary evidence. According to Snowden, the NSA knows who hacked the DNC, but they will not give us the evidence; and to rely on circumstantial evidence for such an accusation, is foolhardy.