if you support "separate but equal" then that's on you.

I'm for breaking down societal barriers, not erecting them.

We shouldn't have male and female categories then.


Not to mention ... what's the point of Title IX? Clearly, if there is not barrier keeping boys from competing as women, then there is not need to preserve women's sports and keep them equal. It's sort of "separate but equal" now anyhow as it is.

So, pretty soon we'll have the men's sports and the "I wasn't good enough compete with the real men" sports. And the women will just have to sit on the sidelines or start their own self-financed club sports like they did before.

originally posted by: JohnnyCanuck
a reply to: Profusion
Heck, the East German Olympic teams got away with it.
Is this, then, an anti-German thread?
I, for one, am offended!


Old joke. South Park has already been there. 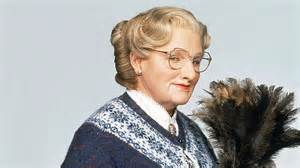 Well, that's how the boy knows he's a trans.

posted on Jun, 5 2016 @ 05:55 PM
link
Sorry, but there are certain inescapable biological realities that come with your chromosomes that make it unsportsmanlike for transgenders to compete with the sex they identify with.

We separate men's and women's sports not because of gender identity but because of physical, biological differences. The very best men at a sport will always be more physically capable than the very best women unless we are taking certain sports like equestrian where the physical deficit is equalized by the horse.

To say that just because you identify as the opposite gender you should be allowed to compete that way attempts to fly in the face of those biological constraints imposed by the reality of your sex.

Now, I have no problem with transgenders competing as their identity gender in openly co-ed sports like co-ed leagues, but in serious competitive venues where things should be narrowed down to the capability of the individual athlete, asking a biological female to compete against biological males just because they feel like girls is unfair to the females who do not have the advantage of being able to "juice" naturally on self-produced growth hormones and the like if they want to.

I know many people think that there is nothing wrong with this. Well, I'm not one of those people.

I'm thinking less about this particular circumstance but more about the fact that things like this are likely to start popping up everywhere. This is what happens when you feed people's delusions. And yes, I believe that they are merely delusions. I get that you identify with femininity or masculinity but if you are male, you are male. No matter how much you mutilate yourself and no matter how many hormones you pump yourself full of, you are still biologically male. How can people say this isn't so? You're not a woman because you feel like one. That makes you a man who feels like a woman.

I know I'm going to get burned at the stake. Well, my mind tells me that this whole male can become female, and female can become male thing is just not a real thing. By the way, if your interested, I think homosexuality is very natural. I just honestly do not believe one can change sexes. I guess one can't really have beliefs anymore, though, unless they're not offensive.

Says the guy insisting the man with a penis is a "she". The insanity is real and apparently spreading.

Actually this is what happens when people can't mind their own business. It's the buttinsky's that make all of the sensationalism.

(post by Kali74 removed for a manners violation)
Brotherman

Some of the things I have read in regards to gender dysphoria are in deep conflict sometimes with one another, I do not always conclude because a psychologist says so as fact especially when the research is apparently cited in many cases as "case by case" basis. Other incindental "facts" by internet sources will cite things requiring mental gymnastics to not only locate the book but also find the pages and research associated with the reports

I often find this
Book
cited in regards to apparently "well known" cases of this "gender identity" issue yet can't find the parts of it that are so relevant to the supposed "well known" throughout history cases of the phenomenon, also alot of this research I find is only really discussed much in the early of the 2000's and before which this over whelming research is not very easy to find in either the library or the internet as a source of hard science in both anthropology and sociology. I understand isolated places and India are often used as examples the social and religious beliefs of these cultures support much more then the idea a child is confused about whether male or female, ironically lesser developed or less tech saavy or developed nations just want their children to live and be healthy. I am not sure the "facts" reflect the truth all the time and in the gender identity crisis of 2016 (apparently) is one of the times I do not believe the facts tell the truth as like I said before, case by case basis and this "supposed to be very uncommon" mental illness is being taught-ed as mainstream issues seems very suspicious to me and my limited understanding and questioning nature of the news and main stream internet sources.


Here is one example:
Gender identity disorder may be as old as humanity. Cultural anthropologists and other scientists have observed a number of cross-gender behaviors in classical and Hindu mythology, Western and Asian classical history, and in many late nineteenth- and early twentieth-century pre-literate cultures. This consistent record across cultures and time lends support to the notion that the disorder may be, at least in part, biological in origin. Not all behavioral scientists share this conclusion, however.

Here is the statement


And below these are the sources:

They have more sources in the form of "organizations" but if I can find the information they speak of out of research (all of which are very recent and I have a hard time finding the over whelming evidence" then I do not bother there as it more then likely just parrots the same information with the same information which is out of context and very confusing.


I did look into this 2016 "issue" because someone a member here actually Freija has always been very nice to me and supportive of my art work and in a thread awhile ago I said something that may have offended this person, I was given information to look at to make a better opinion of the matter so I did look a little deeper, my stance has not changed much in regards to things I have said before in other threads.
If anything reading more into it I am more confused then anything because as I was trying to state before, the academics and respective and relative sciences do not agree with one another. I do not hate people as an ignorant biggot, especially confused children yet my gut feeling especially after looking closer still leads me to believe this is an agenda driven issue that is more nurtured then it is based by "case by case" natures of a very limited group of individuals.
edit on 5-6-2016 by Brotherman because: (no reason given)


Right. You see. Once we've determined that boy or girl is determined by self-identification, then the only thing left is determining their actual physical strength characteristics. Some male born individuals are much weaker physically, than other males, than some female born individuals are. So, the proper classification should be based on their actual physical strength characteristics, and not some genitalia that happens to look different.

We don't put heavy-weight boxers in the same ring with light-weights. Neither should we put light-strength individuals in to compete against the strong. Some women can clearly compete against any man out there, while some boys are better off in the girls lane.

Get used to it.

The "Sanity Ship" has sailed.

originally posted by: IAMTAT
God Help Me.
The movie 'The Ringer' keeps coming to mind:
www.youtube.com...

*does a butters "there there buddy" while slamming a shot*


Anyone honestly trying to learn is appreciated, IMO.

NO, I definitely do not agree with your nurture/nature opinion. I think there may be some who's Gender or Orientation might be in "middle" territory that will be affected by nurture, but not the majority.

Freija is a m/f transgender. She is now in her 60s. She does know what she's talking about.

Your book link did not work for me.