Thanks to Trump, fringe news enters the mainstream 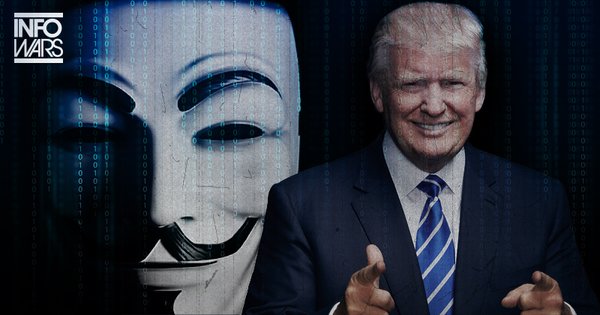 Alex Jones may be America’s most successful conspiracy theorist. On his website, Infowars.com, and his daily radio program heard on more than 100 stations nationwide, Jones regularly promotes a variety of-beyond-the-fringe ideas: alleged government conspiracies in the Oklahoma City bombing in 1995 and the terrorist attacks of Sept. 11, 2001; fluoride-in-the-water health scares; suspicions that the moon landings were faked; doubts about President Obama’s place of birth and birth certificate.

I've always kept Alex on the back burner and never shut out his voice completely. I'm not sure if Trump is using Alex to secure his listeners as voters or if he genuinely resonates with the him. Whatever is happening, Trump's association with Alex will certainly be used to slander and discredit his image amongst mainstream pundits.

Last week, DelMarvel made a thread:

The ranting radio host and the leading Republican candidate shared a microphone, and some common ground, last week in what may have been a dubious first — the first time a leading presidential candidate has been interviewed by a media figure from the far extremes. “Your reputation is amazing,” Trump assured Jones, after Jones assured Trump that most of his listeners supported his candidacy. “I will not let you down.”

“There’s an information-age tsunami out there that just keeps getting bigger and bigger,” said Steve Smith, a veteran newspaper editor who teaches journalism at the University of Idaho. “When you combine this digital tsunami with the loss of quality and quantity in American journalism [due to cutbacks and economic woes] over the years. . . journalists just don’t have the ability to keep up once a false narrative gains speed.”


I agree, once a lie is repeated enough by multiple controlling sources of information it is hard to undo the convictions that people develop over time. The same happens with “fringe” sources of information that others tend to frequent in exchange for accepting more mainstream sources. The problem arises when you only do one or the other. To know thy enemy, is to attempt to think like those trying to fool you. You must subject yourself to it in order to discover it's identity. Those that have come before you can only add to your discernment, but should never decide for you what is real or not. 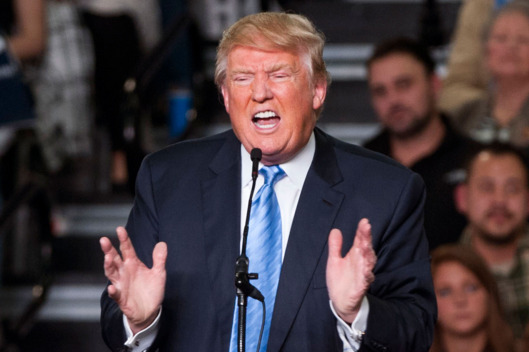 The result is a kind of self-reinforcing information loop in which Trump introduces some inaccurate statement, is called on it by the news media, which is then denounced by Trump for its supposed bias against him.


Remember this phrase, “self-reinforcing information loop”. Trump is guilty of it and so are other millions of Americans who claim otherwise. Charisma and cheer don't make opinions into fact.

“It’s really jarring because he’s defying the rules of evidence that we have come to expect of people in leadership,” said Kathleen Hall Jamieson, a professor of communication at the University of Pennsylvania and the director of its Annenberg Public Policy Center. While not everything Trump says is true, Jamieson said Trump is “telling his supporters what they want to believe is true.”


I think Trump has moments of “sense”, but I'm not sure if he's the one generating those expressions. He seems to be riding more on the backs of his supporters (which isn't always a bad thing), than imparting any real knowledge beyond his egocentric quips. It is interesting that Trump can get the attention of those currently in distrust of their government, much how Ron Paul did. How he plans to appease them if elected is beyond me. Lets not forget, Ron Paul was a supporter of Alex and his ideals. Whether it contributed negatively to his complain or not is debatable.

The Internet has greatly facilitated the speed and reach of such misinformation, said Angie Drobnic Holan, Politifact’s editor. The Internet has also made it possible for people with like-minded, if bogus, ideas and theories to organize into communities and reach others, she said. “If you think the moon landing was fake, you can go on and find people just like you,” Holan said.

Social media has added another link to the misinformation chain, she noted. Erroneous information passed from peer to peer on Facebook or elsewhere often has an equal or even greater degree of credibility than a news report because people tend to trust those they know or are acquainted with compared with an anonymous media story, she said. 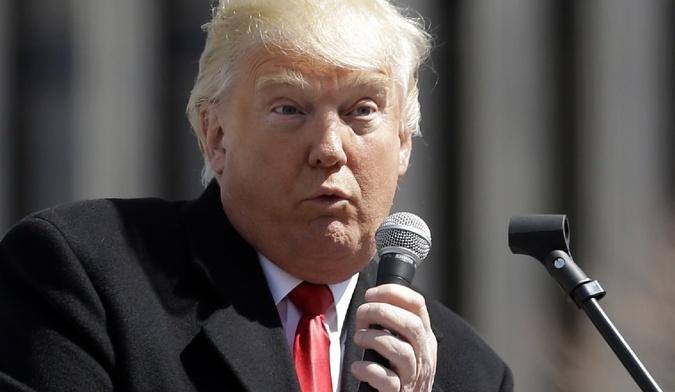 The paragraphs below makes a good point in describing Trumps actions as “strategic”. If that’s the case, we may be slowly witnessing the birth of a politician, appeasing all demographics while lacking any real identity. To Trump, that is a hard thing to live without which makes watching his next move, more interesting than the last.

Trump’s misinformation may be “strategic,” said Jeffery Hemsley, an assistant professor in the school of information studies at Syracuse University. “Each candidate isn’t talking to the public as a whole — they are talking to their base and to those they might be able to persuade into voting for them,” he said. “So for many centrists and those on the left, Trump seems crazy. But for a segment of those on the right, Trump speaks to them. If Trump is using poor sources for his information, that isn’t really a problem for his audience. That is where they are getting their information, too.”


There is something to be said about Trump's “audience”. Some, but not all are idiots. With so much attention to his audience, Trump needs to focus more on those who can genuinely help round out his image. Eventually, he will be met by the very crowds that he chooses to alienate and only then can his actions be fully gauged. Hemsley continues...

Hemsley, the co-author of “Going Viral,” about the rapid spread of information, said the days when the nation had “a somewhat unifying story” from newspapers and the leading TV news networks are gone. Nowadays, people tend to pick their own news, and like-minded social contacts, which tends to reinforce their beliefs rather than challenge them.

This makes it increasingly difficult to dislodge misinformation, he said. Good information can still drive out bad, but usually only when “the truth is sexier than the lie.”

“Facts may be undervalued or losing their value in today’s world,” said Robert Mason, a University of Washington professor who has researched the spread of false information. “If you say it loud enough or long enough, people will believe it. That’s okay in theory, but when people act on it, that’s a problem.”


Could Trump actually be using using Alex to help bring about a greater distrust in government or do you think he is using Alex to reach a new voter base? In that case ATS, we should be flattered. We are a growing "base" of individuals, slowly making it hard for our government to operate unregulated. Stay subjective, stay informed.

That will hurt every alternative news outlet for years to come, if Alex is his usual fear mongering insane self.

Anyone who trusts this government, or believes it serves the interests of anyone but the 1% they are idiots.

I don't care which BS MSM sources are pulled up or quoted, they are full of lies, meant to keep the status quo in place.

The same status quo that has raped the middle class, to the point of near extinction.

And no matter how many have to suffer or starve or die, as long as they get "more" they couldn't care any less about it.

originally posted by: MajorAce
I'm curious to find out if the Ron Paul people back Trump or not. Cause it seems Info wars was a mainstream outlet for RP news.

I have never supported a republican candidate more than I have Ron Paul.

I have never despised a republican candidate more than I have Donald Trump.

Infowars just likes to cash in on subversive underdogs, whether they are respectable people or pieces of crap doesn't seem to make a difference.
edit on 12-12-2015 by Abysha because: grammar...

posted on Dec, 12 2015 @ 01:04 PM
link
a reply to: eisegesis
Thank you Eisegesis, for an informative post. The Trump Phenomenon is given a comprehensive study without squirling into the specifics of his political stances. The quoted sections promote an understanding of Trump' s continuing success in light the larger issue of the proliferation of large and small media sources

Much of Kennedy's success was that he was able to adopt an image for the increase of TV coverage. Others since then have been successful by learning to exploit emerging technological advances along the way. Obama and his use of internet resources come to mind. Trump is ahead of the curb on his use of feeding off of internet memes.

I hope your thread does well and does not slip into pro and con over Trump as the real issues, the larger trends in American politics and cultural expression are well addressed by the coverage you present in this post. Thank you.

posted on Dec, 12 2015 @ 01:15 PM
link
The reason Trump and Jones are working together is because a portion of people that support him are conspiracy oriented. That would include Birthers. Jade Helm?

Let's also not forget that studies have found that "conservatives" tend to be more prone to fear, conspiracy and have trust issues.

So Jones is a valuable source for Trump to speak to his supporters.

A very shrewd man, Trump. Speaks to all demographics. Whats wrong with ftringe or non mainstream ideas?
ATS used to be like that once upo a time. How he handles thse ideas if he gets elected is another thing altogether.
Remember he is a billionaire who has known bancruptcy. He is used to burning creditors or in this case ,dumping his support base once elected.

posted on Dec, 12 2015 @ 01:44 PM
link
I read infowars here and there. It has its sensationalism and occasional fear-mongering, so I have not taken it too seriously.

From what Iv'e noticed, I have seen alot of infowars articles and trump statements following similair wave-lengths.