Looks like the Corona Virus absolutely came from that lab in Wuhan.

Maybe my sons lifetime, because once this virus passes we are going to find a bunch of laws passed all over the world where they snapped up a bunch of power form the people and we will spend the rest of my life at least fighting to undo the damage the power hungry people did to the world.

Yeah I was never convinced it came from that market because of some information I heard very early in the outbreak while the virus was still in China. Specifically it was a report from i believe an American congressman warning other congressmen about the outbreak. I dont remember his name I'll see if I can find it for you guys.

This is a great article. Very good read and nicely referenced.

Looks like the Corona Virus absolutely came from that lab in Wuhan.

Course it #in did - anyone who thinks otherwise is bat-soup crazy - in scenarios such as how all of this manifested itself, there are no coincidences.

The question then becomes - was it the chinese, or was it a US false flag event made to look like the chinese?


This bat soup story was almost as bad as the AIDS origin cover story was...

Now we know why the government is "going overboard" with the response.

Whether by design, or by accident, A CHINESE *WEAPON* IS TAKING AMERICAN LIVES.

posted on Mar, 20 2020 @ 03:50 PM
link
Most people probably don't remember, but last fall there were some little reported stories of Chinese spies at some labs and a Harvard professor charged.

Dr. Charles Lieber, 60, who is the chair of Harvard's Chemistry and Chemical Biology Department, is accused of lying about working with several Chinese organizations, where he collected hundreds of thousands of dollars from Chinese entities, US Attorney Andrew Lelling said at a news conference.

According to court documents, Lieber's research group at Harvard had received over $15 million in funding from the National Institutes of Health and the Department of Defense, which requires disclosing foreign financial conflicts of interests.

The complaint alleges that Lieber had lied about his affiliation with the Wuhan University of Technology (WUT) in China and a contract he had with a Chinese talent recruitment plan to attract high-level scientists to the country.

He lied about his affiliation with Wuhan University... This article is from January 2020....

originally posted by: 3n19m470
a reply to: AndyFromMichigan

Now we know why the government is "going overboard" with the response.

Whether by design, or by accident, A CHINESE *WEAPON* IS TAKING AMERICAN LIVES.


It is obvious to anyone who is paying attention.

The response is way too over the top. The public isn't being told everything.

If it wasn't so serious it would actually be funny, but those people who are amazingly blaming China when facts have yet to be established, and the same people who are praising Trump for his response, do you even understand this virus?

The US has yet to be hit by this yet, so how can you possibly start praising anyone for their response? Let alone an ignorant businessman who clearly values his own ego and reputation above all else.

Things are going to get bad, especially in the US when it actually hits, it not nice to say but this virus hasn't even begun to get started over there yet.

Maybe my sons lifetime, because once this virus passes we are going to find a bunch of laws passed all over the world where they snapped up a bunch of power form the people and we will spend the rest of my life at least fighting to undo the damage the power hungry people did to the world.


I'll be fighting right there with you.

It's going to be bad everywhere, all current leaders are meglomaniacs, (well except for the world's poorest president).

These parasites our owned by their corporate whores, were in for a wild ride, it's still relatively normal where I am, but the cracks are starting to appear and some people are wigging out.

That's a very interesting article.
I looked up Richard H. Ebright, and it seems he is well regarded in his work on microbiology.

However, Coronavirus expert Ralph Baric's comments in January seem to indicate he was in denial about the virus being 'easily transmitted' when it's pretty clear it's very contagious, regardless of anything else, but then you would say that when the possibility of something he may have been a part of, is on the loose, and shaking a large part of the world.
Here's what he said;

“I would say that … given the dates that they have mentioned there and the fact that no health care workers have been infected would suggest it’s not transmitting efficiently in humans,” said Ralph Baric, who studies emerging viruses at the University of North Carolina.
He also went on to say, as if to consolidate the animal to human infection;

“So it sounds to me like it’s something that’s jumped from animals to humans, and it’s in early stages. And right now it’s virus evolution versus public health control measures to try to prevent spread. That’s what’s going on,” he said.


If this COV-19 virus has a link back to those 2015 experiments, if I was him, I would be crapping myself right now.

Here's a link to the, 'Nature' article regarding the the 2015 experiment/s...Ralph Baric is among the participants;
www.nature.com...

I will also add that, as of now American conservative politicians are urging Trump to open an investigation of the source of the virus.

Its been said before that it was made and patented by the Bill Gates foundation in Canada and was stolen by a Chinese researcher. This researcher hoped to publish in China to jump start their career. Its common in the research community of any field apparently.

They were caught red handed and had to ditch the stolen and now illegally transported specimens since all research would never be credited to this criminal.

It was probably disposed of discretly and without proper labels. Some idiot went dumpster diving and then went everywhere.

Thats what I heard . Its been said before. 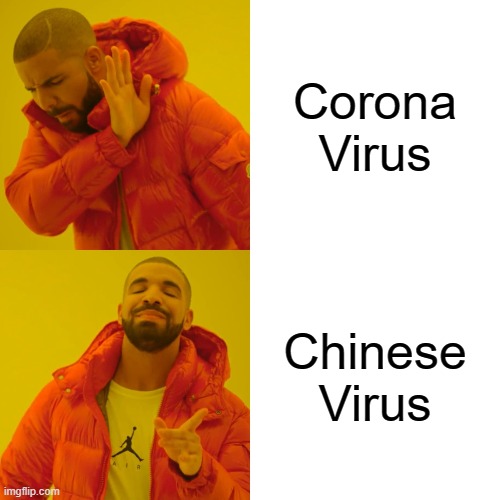 originally posted by: 3n19m470
Whether by design, or by accident, A CHINESE *WEAPON* IS TAKING AMERICAN LIVES.


More accurately: a Chinese Weapon has taken lives the whole world over. Might be Hell to pay, huh?

Ah...so we are going to war with China. It's looking like that's where this is supposed to be leading, anyway.

Why else would they let conspiracy theorists score a point?

But, of course, all the conspiracy theories implicating the U.S. government and our allies are for the tinfoil hat wearing nutbags.

That said there are other way's to look on the bright side, not that there is one as millions of people are going to die around the world because China can not even run a laboratory to acceptable standards - or they would have had measures in place and what moron put's a bio-weapon's laboratory in a heavily populated area let alone a city anyway? or indeed has such lax safety measures - you would think they would have learned there mistake after that Sars incident but Noooooo!.

In a world with justice the Chinese would be held to account for this, even a single death is an act of manslaughter, covering it up only compound's there criminal liability but of course no one is bringing them to an international court to answer for this as they should be.

Here are some daft video's with absolutely no intellectual value but still worth a quick chuckle.

Many informed people of California (I think there's 7 of us at last count...) wonder from what nether region Newsome pulled that number from...? Do you know? What science did he base that claim on?

You're in the wrong place then.

That's what the media news does for a living anyway. How could PotUS act contrary to 100s of millions of panicked Americans? He can't, he has to play along...for now.