I agree completely. Perhaps it's a strategy? Trump took a major risk on the gun control thing. I don't own a gun, but fully support the 2nd amendment...

Just like the tarrifs. I believe it's a strategy to get the best deal, not permanent. Ron Paul is right, however. He's an economic genius. But looking at it from a perspective of a businessman, allows it to make more sense. IF it's strategy and not permanent.

Video games always make you the hero. It is there too. Don't claim it's not.

Why does everyone get so defensive about video games? Maybe we need to be exploring this ...

I like my video games too, even violent ones, but I'm not reacting like someone gored my sacred cow.

Even of this or that is strategy, his base most of all should let it be known if it's the wrong way to go.

Even of this or that is strategy, his base most of all should let it be known if it's the wrong way to go.

And linked that q post to Merkel being Adolf's daughter straight away. *
She got 17 stars for her effort, and multiple positive replies, even from greenanon, about that post.

Until I pointed it out that the story came from Sorcha Faal, you all were on board with Merkel being Hitler's daughter.

Then I pointed it out, and then, all of a sudden, the post was about Adolf's sister. There was a coordinated attempt to attack me for saying the exact thing.

(*The article in rosinitiate's post cites the Sorcha Faal story)

This is the truth of it, and it shows the 2-facedness of pro q posters.

You should be ashamed of yourselves.

It's generational. Video games are a huge part of culture. "Gamer gate" was huge, and it woke a lot of young people up regarding leftist sjw tactics. Many became Trump supporters as a result. But now Trump is risking losing gamer support by blaming school shootings on that community. It's not a small community, trust me on that.

Yeah well on topic is Trump, his game is supposedly being at war with the MSM, and the Mass Shooter Contagion Effect is the most explosive MSM shiitte there is... that would obliterate them if only everyone knew understood made a bigly thing about it... Which would be the case if Trump merely tweeted the name of it and a Google search results link. Trump just tweet "Mass Shooter Contagion Effect" (w/ Google results link) and watch the MSM come tumbling down.

edit on 11-3-2018 by IgnoranceIsntBlisss because: (no reason given)

Very true, and I do think armed conservatives have done that. Now, we just need to see where it actually goes.

I know it's not. I also know all about gamer gate. Which side do you think I was on. Sarkesian and her kind are repellent and every time I booted up ME: Andromeda, I die inside thinking about what their ideology did to BioWare.

But at the same time, there are a lot of games where the gratuitous violence has no purpose except to titillate and go over the top.

I'm not sure how you reign it in, and I don't want government to try regulating it because that's wrong. But I stand by my contention that there are some things in games that are just sort of uncalled for and maybe a bit too far.

My take is depending what idea you favor this has been getting put together and implemented for at least 30-50 years, hundreds in some theories(what I believe). To me there's NO feasible way to unravel that kind of programming and corruption and control in what basically amounts to a few months.

Are bad things still happening? Yeah unfortunately, but I can also see a faint light at the end of the tunnel (truly hoping it isn't the train). The majority of people out there would just have their brains freeze if everything got exposed too fast. For what you're talking about I think when they start uncovering the truly vile things being done to our children it will be part of that.

Have you ever asked a "normie" about MKUltra/Monarch or US human experimentation, Agenda21++, civil forfeiture, or remote viewing or anything that they(bad guys) ADMIT to doing that's a little "not normal" and had them tell you you're nuts even when you show them the .gov links? It's like that. People need the soft low hanging fruit fed to them first, then the rock hard change your life sh*t can be dropped a seed at a time as they adjust and learn what's been happening. Look how many targeted individuals get laughed at and called crazy when the CIA ADMITS to doing it to experiment with MKUltra type programing and weapons. ETA: And Trump is playing his role as well in this by distracting and keeping calmish the people so hopelessly programmed they refuse to even consider an alternative idea or thought. If it isn't black and white it is impossible!!!

The thing about all this for me has been actually finding and seeing and putting together the pieces of this mammoth puzzle of filth and corruption that I've seen for the last 40ish years be put together so I can now see the who, what, where, why, and how. All this time I've known SOMETHING was wrong and kinda where it was festering but I could just never say "Here this is it!" Until now. because of researching the clues Q has dropped. If nothing else happens because of Q, I am grateful for that alone, it has affected me in a very good way, the knowing.

I hope this helps you and others asking us "Tell me why/what x, y, z?" to understand why we don't/can't answer. We are learning too. It's a process you have to invest yourself in and like others said there are so many, many holes to dive down, it's impossible to sum it up simply. I personally appreciate the polite naysayers asking true questions because you have made me look at items, then trust in what I find and most importantly to then remember to VERIFY what I'm finding and seeing.

I'm lucky my whole family is woke with me so I just update them daily and it's easyish lol.
edit on 3/11/2018 by Lilroanie because: ETA

posted on Mar, 11 2018 @ 09:37 PM
link
What if we went about this "what's the point of Q" another way. A way that simply has no denial point rooted in personal truth. I find folks are setting up their own strawman over and over again here and thinking that's good "reason" and "logic."

I'm shocked at folks insulting posters here saying things like "you haven't proved anything to me..." as if we're in that poster's personal class. I'm confused by folks who post things like "you all are like a cult" yet they post, and demand answers from us poor cultees over and over again. Insult and then demand???

Who does this in physical exchanges? Can't something provide something different for everyone? Can't exchanges we have here be simply nothing more then the same exchange people have over a beer, or a meal? Are conversations solving the world's problems in a pub a time-crime too? Should we stop that?

Why is this thread polarizing to anyone who isn't forced to be here? Why does this "frustrate them" or "anger them" or "force them to demand answers" if being here is as voluntary as it gets? Who volunteers to see a movie and then demands everyone in the theater leave half way through because they think it's stupid?

Incredible conditioning has forced people to run for a polarity the minute ANYTHING is expressed, you can see it here. If Q is representing X then I have to represent Y right now! Good God, some dared to pick a polarity point on the child trafficking!

[snipped]
edit on Sun Mar 11 2018 by DontTreadOnMe because: material removed

I for one am still very interested in Merkel being Hitlers daughter.

I think the logic amongst most gamers is "let me be free to do what I want in a game, at least I'm not acting out GTA5 in real life!" And I agree. Don't regulate games.

I could do it all in 'a documentary' (series about 100 episodes long). And I will, complete it all, eventually...

are you being serious right now? 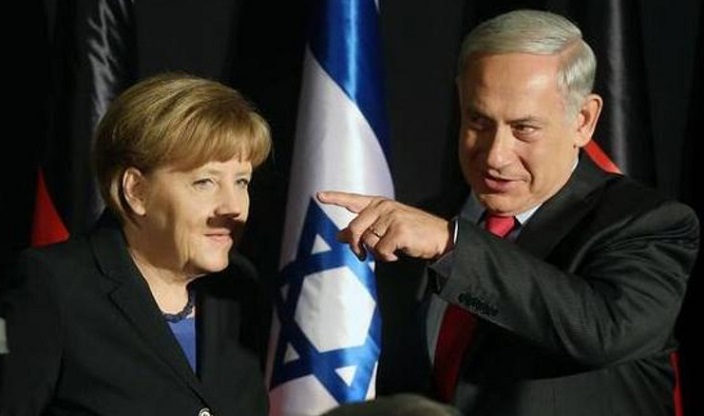 That's not new though. Remember PG or LV. We are there laughing stock for a very long time. Well we will have the last laugh.


Yes, Hollywood was just a start. We will get there.

As for LV there was a big push to ban bump stocks for maybe 2 days then nothing, zip, zero. Why? Think congress knows exactly what happened and were ordered not to push or feared too many questions when they found out the true cause.
And there was no big rally to ban anything. Why?

This may be slow but progress continues

I'm still on the fence with the Q stuff, but agree with you. Some kind of summary would be good - I said it myself a while back. Why is it needed? Because for this so-called movement to do anything and achieve something, it needs to spread. It needs to pull in other people. It needs momentum. That just isn't gonna happen if we are asking people with a curiosity to dredge through 4 massive threads. That is why its the same 20 or so folk posting here all the time. Passing on what they learned only to each other, while the rest of the world remains oblivious. Is that what Q wants? A small group on ATS unravelling clues to info that Q already knows?! Of course not. There's a much bigger picture here (if we all aren't being led on). So that is the strategic reason for posting a summary.

What's the strategic justification for NOT posting a summary?

Then I pointed it out...

Chad, you are so smart. It will be okay. People will not always agree with you -- some may even be illogical. Some completely mad as a hatter. It will still be okay. They don't need to be rescued. You can't/won't lead everyone else to your light. You are still smart. It's kind of you to be so concerned.

Are you just being deliberately stupid?


And charming. Quite charming.