White House deputy national security adviser Ben Rhodes said Russia’s decision last week to defy the U.S. and grant Snowden temporary asylum only exacerbated an already troubled relationship. And with few signs that progress would be made during the Moscow summit on other agenda items, Rhodes said the president decided to cancel the talks. (Source)

Obama stomps his feet, no one cares.

He'll still go to the Group of 20 summit in St. Petersburg, Russia, but he won't spend any face time with Putin, he'll be going to Sweden instead. Whoop-dee-doo, I'm sure that Putin is greatly regretting his behaviour vis-a-vis Edward Snowden.

www.reuters.com
(visit the link for the full news article)

I am sure Putin could care less...probably happy he freed up some time and didn't have to blow smoke to appease the US. This will probably bolster the opinion of Putin in the eyes of many, including my own.
edit on 8/7/13 by Vasa Croe because: (no reason given)

posted on Aug, 7 2013 @ 08:51 AM
link
I see... So the 'big threat' to the world peace they've been whining about lately wasn't enough to disturb Obama's campaigning and late night TV show appointment yesterday? Yet Putin being typically Russian has Obama throwing a tantrum. Oh.... Just when ya think it's safe to stick your head up as an American? Obama does something embarrassing again. It reminds me of Nikita Khrushchev slapping his shoe on the lectern at the UN. :shk:

posted on Aug, 7 2013 @ 08:55 AM
link
Well Putin wont give a damned that's for sure. Obama has bottled it if you ask me, Because that's one person he cant lay the law down to, Some little country leader he would be there in a flash trying to belittle them. But hes up against the big dog now. The iron man...
...Errrmmm please sir can i have my whistleblower back
edit on 7-8-2013 by TheDoctor46 because: (no reason given)

posted on Aug, 7 2013 @ 08:59 AM
link
What a charade, that's why Putin said to Snowden he could stay in Russia as long as he stopped saying bad things about their American "partner".

His words. Really, they are doing what the public wants em to do. Heck they probably Skype daily with a NSA/PRISM spy free pass.
edit on 7-8-2013 by Senduko because: (no reason given)

Originally posted by adjensen
Obama stomps his feet, no one cares.


So true. It's embarrassing, isn't it? The mighty US eagle has become a clucking hen.
It lays eggs and the wolves have free access to the hen house.


Obama is one of the most unprofessional presidents in history. What executive acts like this???? Really???? The business of America still needs to be done regardless of Snowden. This train doesn't stop for one person because we have a schedule to keep! That is unless Obama is driving. Who re-elected this man-boy??

Originally posted by seabag
reply to post by adjensen


Obama is one of the most unprofessional presidents in history.

I'm guessing that his next step will be to announce a boycott of the 2014 Winter Olympics.


Face it, Putin got BURNED! Obama completely smoked him!

I won't say the situation will escalate, but sources close to the president have said that later today, Obama was going to refer to Putin as a "Dookey Head". No lie.


Originally posted by adjensen
Obama stomps his feet, no one cares.


So true. It's embarrassing, isn't it? The mighty US eagle has become a clucking hen.
It lays eggs and the wolves have free access to the hen house. 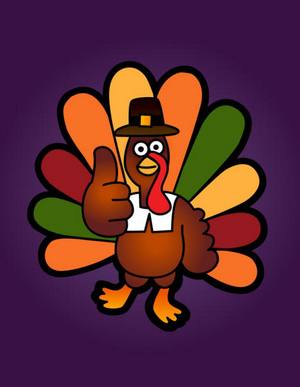 Many have used Benjamin Franklin as one to contrast and compare with Obama but I'd say they have one big thing in common. Franklin wanted the national bird to be the turkey and Obama has managed to do it. The poor Eagle wasn't asked what he thought.

posted on Aug, 7 2013 @ 09:25 AM
link
Would love to see him get this tough with the filibuster party aka GOP and wallstreet thugs.

Originally posted by muse7
Would love to see him get this tough with the filibuster party aka GOP and wallstreet thugs.

Get this tough? I would hardly consider this tough at all. Tough would be going in and taking Snowden back. Obama is the opposite of tough.....fluff.

So would I..... The GOP would get so much more done if he was "this tough" with them.

Really, it's just so embarrassing.

posted on Aug, 7 2013 @ 09:33 AM
link
Really not a big surprise. It has been obvious that the two really haven't had a good relationship from the start. As far as the Olympics, I can't see Obama calling for a boycott.


Psshh, I think he was being sarcastic

It's so obvious that he doesn't want to meet with Putin because it would detract from his laser like focus on jobs... and golf.

He is also very busy cleaning up oval office before his big vacation off Cape Cod. He's thrown his teddy-bears everywhere.

Save us some money on posh travel for our politicians.
Seriously, what could they possibly talk about that matters in any real capacity. The only people that want this to happen are politicians impresses with lavish dinners and political status.

I say cancel ALL meetings with all countries. What good are they?

posted on Aug, 7 2013 @ 10:06 AM
link
Never thought I would have more respect for Russia's president that the POTUS. Way to go Obama, you weren't lying about changing my country.