Palestinian/Israeli conflict is a political cudgel

posted on May, 17 2021 @ 08:01 AM
link
As far with most (not all) people, I've noticed the Israel-Palestine conflict is is a political cudgel used by the right and left.

If you're a right republican conservative, you're pro-Israel.

If you're a left democrat progressive, you're pro-Palestine.

Even without proper and critical understanding of the conflict, lines are drawn over political ideology. To the point of detriment to your own reality and political stances universally.

I'm particularly conservative, and I've studied and have been fascinated by the conflict ever since I was a child. Rather than playing outside, I'd read books and articles (before internet days) about the conflict. I've also switched sides many times.

But now, after hearing that Israel put "fake stories" in the news about bombing civilian areas to scare Hamas, and then going to an actual snuff website where I am a member of and seeing the actual footage of children and numerous bloody bodies in the streets, I start to consider maybe Israel is trying to get in front of the wave? Documentingreality is a great website if you can stomach the gore. I scroll past the senseless gore (and comments) to articles of raw substance while there, police shootings, conflict zones ect.

Here's the southern side of the Belfast Peace Wall Here's the northern side 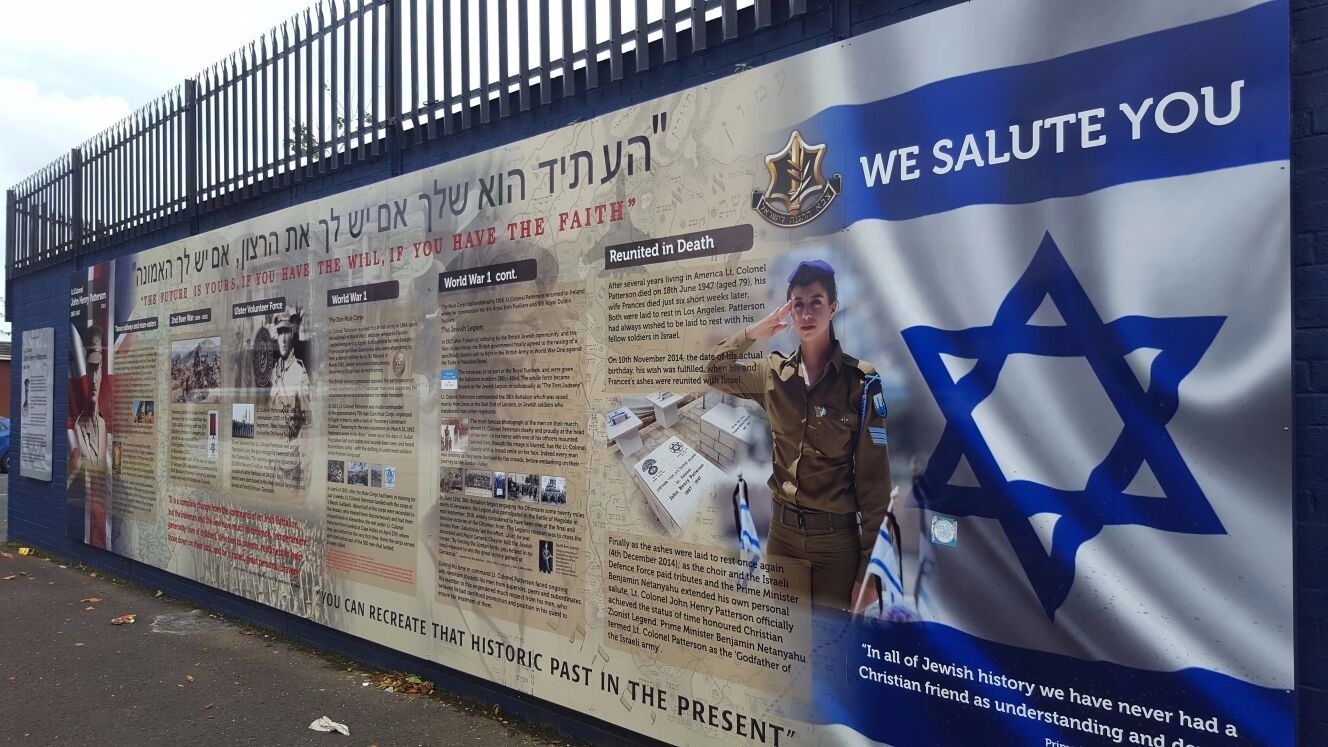 
If you're a left democrat progressive, you're pro-Palestine.

If you are a left democrat progressive You are pro whatever the TV tells you.

If you are a hard right conservative you are pro whatever the other side of the tv tells you.

If you are an actual critical thinker you know they are both on the same team and laughing at you.

What kind of war is that?

posted on May, 17 2021 @ 08:59 AM
link
Both these sides are wrong, both Israel and Palestine have committed atrocities and abused their power
There is no forgiveness
Surprisingly everybody’s evil orange headed man settled this conflict down to manageable for a season
Miss those days

originally posted by: Raggedyman
Both these sides are wrong, both Israel and Palestine have committed atrocities and abused their power
There is no forgiveness
Surprisingly everybody’s evil orange headed man settled this conflict down to manageable for a season
Miss those days


Yeah remember all those wars when Trump was POTUS? LMAO
edit on 17-5-2021 by inosomthingudontno because: (no reason given)

It is Iran pulling Hamas String's, they want to distract and the world is distracted, watch my hand while my other hand does something else?.

Israel are being a bit heavy handed but they do have to protect themselves and Hamas is proving they have been stockpiling for a war by the sheer amount of ordnance they are launching toward Israel.

The problem is that there are extremists on both sides of that divide and both sets of extremists are as bad and as bloody as one another, it is always the kid's, the innocent guy that is just trying to live his life, the innocent girl that dies in these conflicts.


Conflict is inevitable, if Israel back's down now it will just begin again in two, ten or even twenty years time and be even worse then than it will be now.

I feel sorry for the people in the Palestinian Territory's and for the Innocent Israeli's killed by Hamas rockets as well though far more innocent Palestinians are currently dying.

In the long run, realistically and not for political point scoring a two state solution is simply not possible as both sides want control of the same territory, the only viable solution is for Israel to become more democratic and to make those Palestinians Israeli citizens with full right's, end forced evictions (the Palestinians by and large also have Jewish ancestors so in God's sight it is there land as well after all so both sides need to forgive if never to forget and to realize they are brothers and sisters not aliens to one another), stop running over peace and human rights protestors with bulldozers and tank's and make the best of a SINGLE state solution that cares for and caters to all of it's people.

(post by inosomthingudontno removed for political trolling and baiting)
jjkenobi

posted on May, 17 2021 @ 09:19 AM
link
You needn't belong to a specific political party to realize launching rockets randomly into a neighboring country full of civilians is wrong and requires a response.

You also needn't belong to a political party to recognize better treatment of those in or next to your country.

I was not thinking but you are correct, I Was meaning the microcosm of the middle east with it's wider ramifications, Iran is actually in Cahoot''s with China - and Russia - as well so who is to say this distraction is not on behalf of them as well?.

Communist, Racist, Human Enslaving, Mass Murdering, Ethnic Cleansing, History Destroying, Cannibal Riddled, Human Organ Harvesting, Dead Baby Eating CHINA is a plague and cancer on the earth anyway - but I do not know which I think is worse or more dangerous, Islamic Extremism or China with it's neo imperialist ambitions and utter disregard for human right's.

Sadly I think they are as bad as one another.

Where did you get those images for the peace wall?
The protestant/northern side looks photoshopped.

Also there are a lot of peace walls in Belfast not just the small ones you've posted
What has the wall got to do with the conflict anyway?
edit on 17/5/21 by SecretKnowledge because: (no reason given)

originally posted by: inosomthingudontno
a reply to: LABTECH767


As long as China joe is running the show it is.


This is not because he's your president.
They didnt wake up one morning and think "now that Biden is president we will start bombing"

How many members of the House and Senate hold dual American and Israeli citizenship?


originally posted by: inosomthingudontno
a reply to: LABTECH767


As long as China joe is running the show it is.

This is not because he's your president.
They didnt wake up one morning and think "now that Biden is president we will start bombing"

LOL know right. Trump my president had historic peace deals in the middle east. Now bombs lol but Nothing to do with Biden right?

We live in clown world

originally posted by: Tempter
I think it's funny how both sides are announcing their attack times and locations.

What kind of war is that?

And that is to get the innocent civilians out of there. But Israel has killed a lot of civilians and children, 58 children and 34 women so far LINK

I found it very easy to learn about the conflict once BLM took a hard stance with one of the two sides...

posted on May, 17 2021 @ 11:09 AM
link
Its simple really if you take the time to study the conflict. For this purpose, please look at this particular skirmish. HAMAS hides its structure( diplomats, spies, intel, officers etc) in public places like " media" buildings, etc. This is a fact. There is actually media in the buildings but the rest of the space is filled with what is actually defined as terrorist's. That's why Israel is announcing the targets.. get the civilians out. Hamas will sacrifice its citizens to make a PR nightmare for anyone that needs to attack them. Over 2,000!!! YES 2,000 missiles have been fired indiscriminately into Israel by Hamas. Most, not all, have been blocked by the iron dome. The media will tell you that Israel needs to calm down ....as missiles are raining down on them. Who fired the first shot? Look into where they get these missiles. LOOK into what is a Palestinian for that matter or Hamas. Why wont the arab brothers give the palestenians some land for a country to call their own? How did the "palestenians" get there? Israel is a nation blessed by GOD himself per the bible.. do you believe the GOD of the bible or do you believe the media? I'm going with GOD. Good luck if you are not( i'm not saying anything Israel does is beyond reproach) but when are they ever the bully? when do they ever start firing on the enemies THAT ABSOLUTELY SURROUND THEM? WHY IS THIS LITTLE PIECE OF INSIGNIFICANT LAND so disputed?

Ezekiel 37:21
Then say to them, Thus says the Lord God: Behold, I will take the people of Israel from the nations among which they have gone, and will gather them from all around, and bring them to their own land.

NEVER in history has a nation come back to be once more after thousands of years of diaspora( HMM...just like the bible said) remember, for THOUSANDS of years people had ammo to laugh at the bible as ISRAEL was " gone" uprooted and annihilated.

I dont know much but these are my observations. I DO KNOW SOMETHING ELSE. God loves the rest of the word too per his word. It's about where they align themselves with HIM.

a reply to: Tempter

posted on May, 17 2021 @ 11:19 AM
link
Who here would like to know the future? The near future. I can give you that information. I will not argue with you. I couldnt care less what anybody thinks besides El Shaddai. Here is what He thinks.

The Hamas in Gaza don’t realize that they have initiated the start of the fulfillment of
prophecy and their demise. Look what it says in Zephaniah 2 : 4 – 7
4 Gaza will be abandoned and Ashkelon left in ruins. At midday
Ashdod will be emptied and Ekron uprooted.
5 Woe to you who live by the sea, you Kerethite people; the word of
the LORD is against you, Canaan , land of the Ph ilistines. He says, “I
will destroy you, and none will be left.”
6 The land by the sea will become pastures having wells for
shepherds and pens for flocks.
7 That land will belong to the remnant of the people of Judah; there
they will find pasture. In the evening they will lie down in the houses of
Ashkelon. The LORD their God will care for them; he will restore their
fortunes.
And Ezekiel has this to say in Ezekiel 25: 15 - 17
15 “This is what the Sovereign LORD says: ‘Because the Philistines
acted in vengeance and took revenge with malice in their hearts, and
with ancient hostility sought to destroy Judah,
16 therefore this is what the Sovereign LORD says: I am about to
stretch out my hand against the Philistines, and I will wipe out the
Kerethites and destroy those remaining along the coast.
17 I will carry out great vengeance on them and punish them in my
wrath. Then they will know that I am the LORD, when I take
vengeance on them.’ ”
Even the shepherd prophet, Amos ,had this to say in Amos 1:6 – 8​
6 This is what the LORD says: “For three sins of Gaza, even for four, I
will not relent. Because she took captive whole communities and sold
them to Edom,
7 I will send fire on the walls of Gaza that will consume her fortresses.
8 I will destroy the king of Ashdod and the one who holds the scepter
in Ashkelon. I will turn my hand against Ekron , till the last of the
Philistines are dead,” says the Sovereign LORD.

As far with most (not all) people, I've noticed the Israel-Palestine conflict is is a political cudgel used by the right and left.

Is this just an exercise in stirring the pot and riling folks up?