Mike Lindell - “We have the cyber footprint to prove the actual score of the game.”

originally posted by: Southern Guardian
a reply to: Doctor Smith

I hope you know that HIllary Clinton was the 1st to accuse Obama about the birth certificate.

Where did Hillary Clinton accuse Obama of having a fake Birth Certificate?

For her part, Clinton told Lemon that she had never even heard of the allegation that her campaign supported the "birther" theories and that Obama had never confronted her about it."

"Clinton Volunteers Left Her Campaign" Due To Emails That Were Circulated That Claimed Obama Was A Muslim. "Earlier this year, some Clinton volunteers left her campaign in those states after circulating e-mails that falsely claimed Barack Obama was a Muslim - an inaccurate rumor his campaign has worked hard to dispel - and suggesting that his drug use as a young man might make him vulnerable to Republican attacks were he to become the nominee."

originally posted by: Southern Guardian
a reply to: Doctor Smith

He has hired technical experts and lawyers to take action against the election fraud.

It's been 5 months since the election. Where's the evidence?

There isn't any if you just say there isn't and ignore all your senses. Just like you have been doing for so very long.

You don't need to make any changes at all to yourself.


originally posted by: andy06shake
a reply to: Doctor Smith 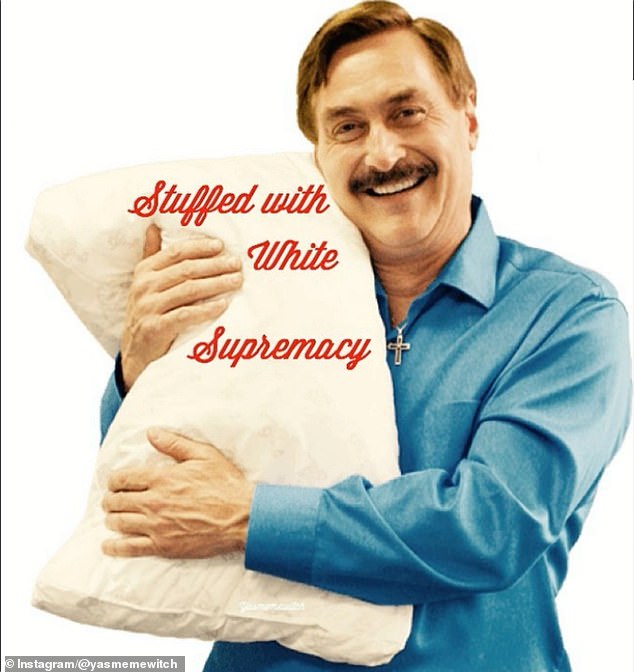 What has he said or done that indicates white supremacy? Please be specific. Thanks!

Don’t hold your breath.
That poster literally just made that up out of thin air

All of his pillows are white, I mean
... what else do we need to know.

(post by andy06shake removed for political trolling and baiting)
CriticalStinker


originally posted by: CriticalStinker
a reply to: Doctor Smith

I don't see any evidence Obama was born in America anyway.

That's because he wasn't. Him and Elon are twins from Mars.

They came to earth to convert us to Islam and create nuerolink for Allah.

That’s not as far fetched as Biden winning the election fair and square.
I will believe anything before I believe he did.

I'm not really sure if he won fair and square without any f***ery, but I also doubt they changed/planted millions of votes.

The illusion of choice however does seem a lot more real, and would give people disputing our outcomes more traction against opponents. It certainly seems a lot harder to deny whoever wins the nominations a vast majority of time are kosher with donors and establishment types.

People will get more people on board with their qualms when they make more accurate claims. Using dodgy "evidence" or pillow manufactures as a basis for huge accusations turns off more people than it acquires.

I voted for Trump the first time around but went to my usual abstinence from the two parties after I couldn't get the bad taste of cults out of my mouth with the orange one.

The right is no different than the left with their baseless claims. Such as the election fraud, 2016 was Russia, 2020 was China. Neither side has offered any evidence other than their feelings... So both irritate me at the moment as they flood the discussion with their unproven accusations... It does nothing to help our very real problems.
edit on 27-3-2021 by CriticalStinker because: (no reason given)

Good job cNn, youve convinced the lowest of IQ’s. Now you need to work harder to convince the rest of us

Better than your false claims that he’s somehow a racist

And with the guff coming out his puss my bet is that habit is still going strong.

The outcry would be deafening, but there was nowhere near 84 million who voted for Biden. I have doubts he had more than 4-8 million voters.

Someone's apt to end up with "Dominion" over his crack pipe put it that way.

Mike better have an iron clad case. Dominion has him in litigation for a substantial sum.

Oh. I didn’t know that. Sorry. So he’s kinda like George ‘piece of sh#t’ Floyd then? Just a crack addict loser.

I’ve just been searching for any racism claims against him though, none exist

Did Obama’s Literary Agent Say He Was Born in Kenya? A 1991 literary promotional booklet identified Barack Obama as having been born in Kenya.

They it was all a mistake but Obama's College records are sealed so it is only Obama's fault that he is accused.

All just a Red Herring to get us off important issues like election fraud.

Someone's apt to end up with "Dominion" over his crack pipe put it that way.


Mike better have an iron clad case. Dominion has him in litigation for a substantial sum.

Still no claims of racism though, right?

Thanks for proving my point