thanks
whiskey is good(the glenlivet 12 is my go to)

If marvel studios were inventing this I might be unhappy, but this was written a while ago.
I could understand not being excited about the story chosen, but its not even that.
Bs and lies for no actual reason is silly.
I don't have much tolerance for such.

Either way, not a fan of Thor being used as a title, with or without the is added. I will concede that by their absurd plotline it's... accurate, but no less stupid and that's why there's an issue.

Most people have a passing knowledge of Norse mythology, at least at minimum to know who Thor was if nothing else. So to most Thor is the name of a specific god and a person. This is where most peoples knowledge on this starts and stops. So the backlash is still deserved, the idiocy is just started much longer ago.

Also tons of badass Norse women coulda used rather than recycling Thor...
edit on 7/22/2019 by Puppylove because: (no reason given)

You know,,,,, if you look at it without emotion it makes sense that rich white men run everything in the western hemisphere . Being as how we are the majority.

They say that mathematics is the universal language.

But I would prefer that people apply it a little closer to home in the meantime .

You can’t get much more rational than counting numbers .


I never hear anybody bitching about the evil old Asian man running the eastern hemisphere . Even though their sexism and class structure are far more established, structured and oppressive .

You guys need another hobby, this false outrage # is getting very tiresome and old! and then you wonder why folk label you the way they do.

Props to Shooterbrody for calling out your outright lies, trying to paint a false picture to fit your narrative, you people always accuse others of identity politics, whilst playing that exact thing yourselves, it's comical!

... and then you try to hinge your argument on one tiny aspect, hoping it will stick because deep down you probably know how stupid the initial argument is! i.e Thor is his name she can't become Thor therefore I win ..... sigh, go ask Odin ...or ya know read the comics!

Marvel do an interpretation of Norse Gods/mythology etc ... I have no idea why people are finding this so hard to understand?

You want a good reason why female Thor is stupid? How about the fact that Thor is a person and Male. It isnt a title its HIS name.

Okay. I guess you're not bothered then that Marvel appropriated the name of a Norse God for their comics? It's just bad if the name "Thor" is appropriated for a woman?

In my opinion, the bigger problem is that once again -- in typical feminist style -- a woman has to compete with and or assume the position of the man, and presumably the masculine nature of Thor. Given that Thor is a well known and well loved character, I don't see the need or the wisdom in replacing him. And especially not with a woman. But it's also rather typical for women to be expected to pick up the slack and/or clean up the messes men leave in their wake. So I guess to that extent, I'm not surprised. And, of course, when Thor resumes his position, her deeds will be attributed to Thor the God rather than the Goddess. But, again, typical. It isn't unusual for men to take credit for women's work.

I would have much preferred to see another female character brought into the picture, perhaps Hel, Goddess of the Underworld, who also happens to be Thor's niece/Loki's daughter. A woman whose character, skills, etc., could be developed and expanded for her own purposes. It would be fun to see what havoc she could raise, eh?

Personally, I would think feminists would prefer to see a woman excel in her own right, rather than as a shadow of a man. But feminist logic doesn't usually make much sense to me, so what do I know?

one of the worst received and abysmal selling storylines in recent times does not lead one to believe that it will be a good and profitable move for the movies. This is pure 100% identity politics.

Well, darn, I thought they were in the business of making money and were making the most of identity politics to do so. I guess I was wrong. They just want to play identity politics and are squandering their profits in the process. Sounds like a recipe for failure to me.

Me too man, same director as Ragnarok, so fingers crossed its gonna be on that level!

LOLing at myself now!

But yes, thank you -- that's pretty much what I was talking about.


I missed that part of this thread, could you point that out for me?
Or just another "typo"?

Jane Foster stood on her own in thor, thor:the dark world, and avengers endgame. Her story being furthered in thor 4 love and thunder is simply a progression. It is not as if they are bringing in an outside character to take thors place. Jane Foster is a great character.
Sorry you simply don't see that.
Also sorry you are attempting to make something out of this that it is not.

Patiently waiting on that claim you made.....

originally posted by: Bluntone22
a reply to: Boadicea

That is the go-to response too often. It's become a more complex topic for me of late as I've learned of different kinds of feminism -- who knew? -- but I'm just pretty darn sick and tired of ALL the stereotypes and kneejerk reactions and accusations and pitting man vs women or men vs women... and on and on. This isn't the thread for it, but we can do better in my opinion. In a nutshell, where sex matters, we focus on what's important; where it doesn't matter, we stop trying to make it matter.

I honestly don't know what their intentions are, but it wouldn't surprise me in the least though. I can only look at it from my own perspective.

And that's exactly where I was trying to go. No need for a woman to assume a man's character or role. It's insulting and demeaning to both. No reason not to create new badass women characters who can stand on their own.... or further develop existing but under-used women characters.

But maybe it's just a lack of genuine talent? It seems to me that too many folks in Hollywood just want to re-write stories and re-create characters, rather than get their own imagination busy and come up with their own.


Hollywood has been dying for a while , this reversing of roles is just a desperate but feeble attempt to stem the decline and breath new life into a hopelessly lost industry. 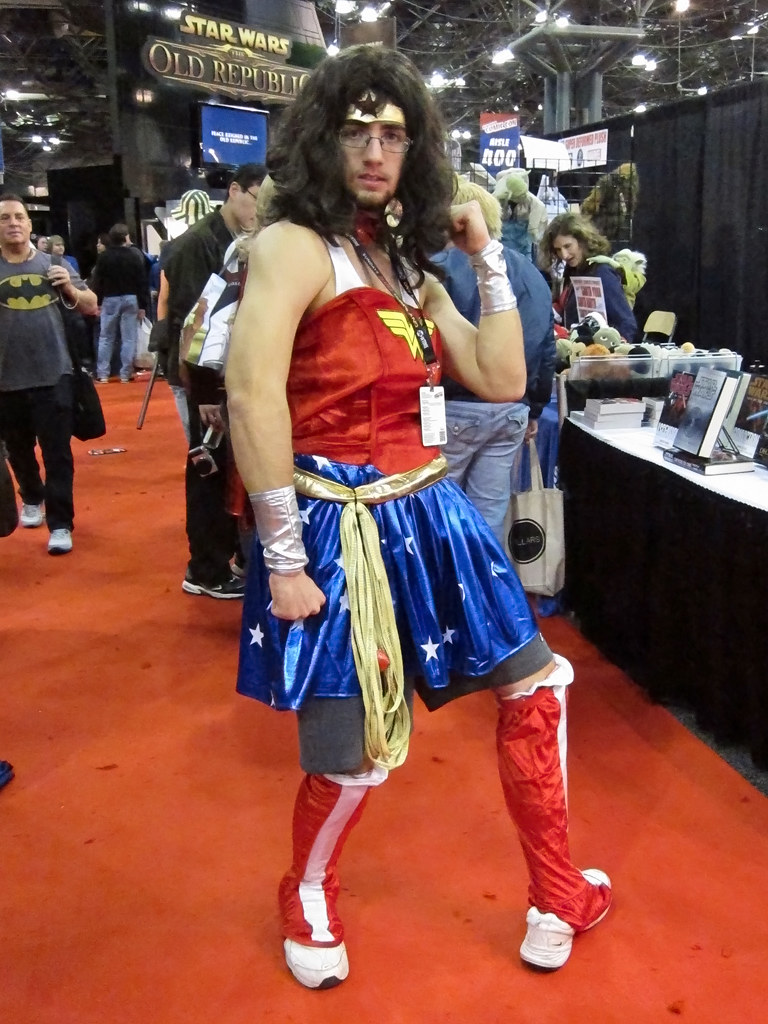 
originally posted by: shooterbrody
a reply to: Lysergic

fat thor was the tits!

Literally had the nicest set of tits in the entire MCU!

Elizabeth Olsen and ScarJo say no.

I was responding to another posters comments and not specifically referring to this thread.
But I'm sure if I looked at the media outlets that reported this story its filled with exactly what I'm talking about.

Now jane foster, boy howdy..
Everyone thinks how great she was when they think of thor... I know I think how great vickie vale was in batman.. or how great lois lane is in superman.
They certainly deserve their own movies too.

How many examples do you want of people being hammered for not liking feminism shoved down their throats in movies and television?

I could list pages from star wars alone.
The force is female!......

But hey whatever.
Let the box office numbers tell the story.
Marvel is going to drop like a rock soon.

originally posted by: OtherSideOfTheCoin
a reply to: JohnS23

To be clear though, that is a matter of opinion, again in this thread I find myself having to remind a member that their own personal opinion of view on what the fandom as a whole think does not constitute a fact.

Am not saying your wrong because its your personal opinion subject entirely to your personal feelings and interpretation on the comic.


Trust me, my opinion is the majority. It's quite clear who is dialed in on the pulse of the fandom and who isn't.

originally posted by: OtherSideOfTheCoin
a reply to: Puppylove

She doesn't call herself Thor though....

or at least we don't know yet what they will call her in the movie yet some folk on this thread are losing their # over it.

Its like the James Bond thing all over again, no she's not playing bond she is playing 007, its different.


Hey Normie, yes she does. She calls herself Thor Goddess of Thunder. You are making points that are easily refuted and just aren't true. Stop it, do some research or be quiet.

Running around acting like you know what f you're talking about lol.


I was responding to another posters comments and not specifically referring to this thread.

Now jane foster, boy howdy.. Everyone thinks how great she was when they think of thor


no but it will be no different than when alfred stood in for batman
that was terrible too, right?


But hey whatever. Let the box office numbers tell the story. Marvel is going to drop like a rock soon.


"no but it will be no different than when alfred stood in for batman
that was terrible too, right?"

Star wars used to be gold until Disney took over.
Movie number 2 dropped 40% at the box office over the first one and solo was a complete bomb.

Who bought marvel a few years ago???
Oh yeah,, disney...
Let's not forget the most recent movies were planned out before the Disney buyout so the next phase is all on disney.

I dont want to underestimate the power of Mickey mouse to bury a franchise.

You might want to try some civility, this is a fun thread, you are really dragging it down though.