Iran Puts the Strait of Hormuz in Play

Iran will close the Strait of Hormuz, a waterway vital for global oil shipments, if the country is prevented from using it, a senior military official said on Monday in what appears to be a response to the U.S. plan to end waivers on Iranian oil exports.

“If we are prevented from using it, we will close it,” the state-run Fars news agency reported, citing Alireza Tangsiri, head of the Revolutionary Guard Corps navy force. “In the event of any threats, we will not have the slightest hesitation to protect and defend Iran’s waterway.”

That will certainly piss off their neighbors if they do infact shut it down.

The US has become largely oil independent. Sure, it'll hit our pockets, but I don't think it'll lead to shortages. Things like cruise lines and air lines might feel the burn, but for the most part the US could be relatively unaffected for a few years. Europe has tried oil independence by diversifying into renewable energy, but I don't think they will be in as good a position as the US.

Who really knows, but I wouldn't be surprised if Trump leaves it up to regional countries to sort it out if it does close.

posted on Apr, 22 2019 @ 10:55 PM
link
How many more thousand of times must we endure the inane Iranians ridiculously threaten the world over the Straits of Hormuz ?
I would hope that their Mullah leadership is not that outrageously stupid.
And they are not
No one is.
They could not have survived early childhood if they were.

originally posted by: dfnj2015
I think it would be better for everyone if Iran were allowed to sell its oil on the world market.

They do sell their oil. China, the EU and India are the three largest customers respectively.

Saudi and the US are going to strangle Iran until they do something drastic, then all bets are off who will strike Iran first.

Saudi reap the rewards from an increased oil price


I wonder what the Dems running for President think about this.

They will use it 4 years from now to impeach Trump.


but Obama got into play.

originally posted by: thov420
OP, I really hope this is more sabre rattling from Iran because if not, things will heat up very quickly.

They have a rumored "small" modest arsenal of regional nuclear missiles that don't enter the atmosphere, reach their targets quickly, and explode upon impact with the ground if/when shot down, creating nuclear blast zones. Israel is about the size of Florida including Gaza and the West Bank.

They have nuclear submarines, also "rumored" and technically illegal as far as the U.N. would be concerned, and will make it a point that they themselves destroy Iran. Geographic Israel will already be partially hosed and Pakistan would recieve too much fall out, refugees, have to take center stage for the recovery so they fire back at reckless Israel. India fires at Pakistan, Pakistan at India as well. Pakistan goes, half or more of India goes, and China is not pleased, or are they.

The U.S. has no one left to hit and feels left out but the media keeps citing Hiroshima and Nagasaki historically as reference to explain the damage, thus reminding us that we were #1 all along and more civilized then they are. Russia and China follow suit. 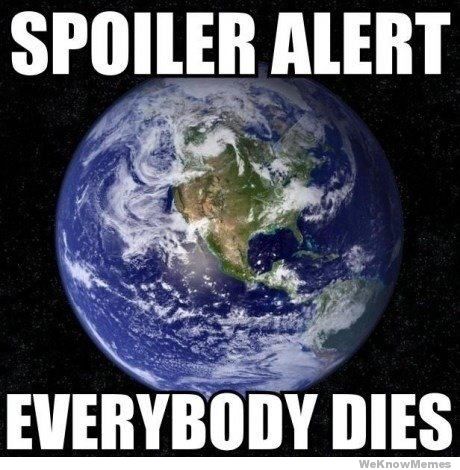 originally posted by: thov420
a reply to: Gothmog

Read the list of UN declared terrorist countries and groups
Information , not hearsay , is key

Reduce Israel to a Navy and citizens who were abroad during an exchange of nuclear armament of some kind, not necessarily ICBMs, which ironically is also an internet abbreviation for I see bowel movements.

Knowledge is power = Mortal Kombat
Knowing is half the battle = G.I. Joe

I used to love that part of the show, when they'd run a quick segment before or after commercials showing you how the characters handled irl situations, putting out fires, first aid and Macguyver stuff. Knowledge is power meant if you know the moves but geeks like me looked at it as a philosophy applied to life.

While taking out the holy sites in Israel and the nation itself, take out the big cities, Mecca and Medina in Saudi Arabia because they're enemies, apostates, were at war with Iran anyways and always would be.

The Israeli nationals abroad would be given a portion of land from the U.N. that they'd call Zion, recruit more citizens from the global Jewish population, and create a theme park with lifelike replicas of the temple and famous sites in the bible.

Donald Trump gets elected to a third term and still going to massive popularity and job approval percentage, following in Putin's footsteps as a new phenomenon of democratically elected President that the people refuse to let go of. The House goes Republican and they increase their majority in the Senate. The Supreme Court gains another conservative justice after Ginsburg passes away soon.

posted on Apr, 23 2019 @ 03:07 AM
link
The Gulf covers area of approximately 87,000 square miles, with a maximum depth of about 330 feet and an average depth of about 115 feet. The only maritime outlet from the Persian Gulf into the Gulf of Oman, the Indian Ocean, and the rest of the world is through a narrow chokepoint, the Strait of Hormuz. It is approximately 30 miles wide.
edit on 23-4-2019 by Plotus because: (no reason given)


Including the terrorists they fund. Big benefit to them.

One part of the plan surely is to make oil more expensive, to sell that dirty US fracking stuff to the "free world".
Hopefully the fuel for the SUV´s in the USA will be soon at four or five dollars, then that Trump/Pompeo/Bolton/MIC problem will solve itself in a few days.

The other part is war. The MIC billionaires can only make money if weapons and ammo need to be produced and are sold. Destabilizing the ME will destabilize Europe also, because we all know the refugee routes. And isn´t Iran the last on the a list, that wasn´t destroyed yet?

The wold witnesses a collapsing "woldpower" behaving like a wounded wild animal taking it´s last breaths. The USA is isolating itself more and more, how could that end. With only Netanyahoo-Isarel and Terror-SA as it´s last friends?

Just go to an average european newspaper that still allows comments and read what the people think about the USA. The world even has to thank Trump and his puppetmasters. Because they show the world what the USA is and ever was, not hidden behind that wrong Dronebama toothpaste-ad smile and sld as the "good ones".

People now realize who is the greatest threat to world peace and mankind, who is funder and supporter of islamic and whatever terrorists, who is the most vilent nation on earth. And the world knows why. Nobody falls for that good guy democracy bringer stuff anymore, the world learned to identify real terrorists by witnessing their actions!

The bully will bully others only as long as these others are still afraid of that bully. But if the learn that they are way more powerful together than that one big mouthed bully, the bully is done. It helps if the bully attacks and blacksmail everybody, except his two last friends on earth.

I just feel sorry for the sane people in that collapsing "empire", which never lived in a civilzed nation and don´t know that life can be good too, without violence, wars, weapons and overwhelming patridiotism.

These romans are crazy!!!

originally posted by: DerBeobachter
Which right has the USA to tell the rest of the world from who it has have to buy it´s oil, to blackmail sovereign states???


The same right every other country has. Why would any country be FORCED to trade with it's enemies?

Fine, let me get all hysterical.