originally posted by: scubagravy
Isn’t there a card in the game of life that shows this church burning down?

No, but there is a rather large cathedral that crumbles right at the end of I Pet Goat II.

In 1238, Baldwin II, the Latin Emperor of Constantinople, anxious to obtain support for his tottering empire, offered the crown of thorns to Louis IX, King of France. It was then in the hands of the Venetians as security for a heavy loan (13,134 gold pieces), but it was redeemed and conveyed to Paris where Louis IX built the Sainte-Chapelle (completed 1248) to receive it. The relic stayed there until the French Revolution, when, after finding a home for a while in the Bibliothèque Nationale, the Concordat of 1801 restored it to the Church, and it was deposited in the Cathedral of Notre-Dame.[3]

How would the public free expression of a personal opinion/belief "risk the case" ?

Amazing how a private individual's opinion can't "risk the case" here in the States isn't it? If either side has a reason to believe the juror pool is tainted, why not simply move to another venue? I fail to understand how the public hearing someone's personal opinion could be considered detrimental

Anyhow I am not looking to pick a fight, I am disappointed to see such a long standing symbol falling

Thank you so much for the local updates.

Are you in Paris?

Oh okay I got it renovation fires are caused by a liberal immigration policy? Who knew?

originally posted by: TonyS
a reply to: vinifalou

Symbolic of the torching of Christendom and Western Civilization. Kind of Apocalyptic in a way.

Many will mourn her passing; many more will secretly celebrate.

There are many celebrating on twitter. I will leave you to guess who.

!No, a Canada-air or a "helicopter with buckets" won't help !
Macron using it as rallying cry for national unity stinks
he's being an opportunist, not good
...

Thinking on: after the Eiffel Tour and the Arc de Triomphe
Notre Dame de Paris is the 3rd iconic 'monument' in Fance
Not just in Paris

Big blockbusters need a bit of the french touch ...

Tv ad's too : Skondäl - the aftershave for real Orangemen
Instructions,sadly only in sophisticated frenchie : 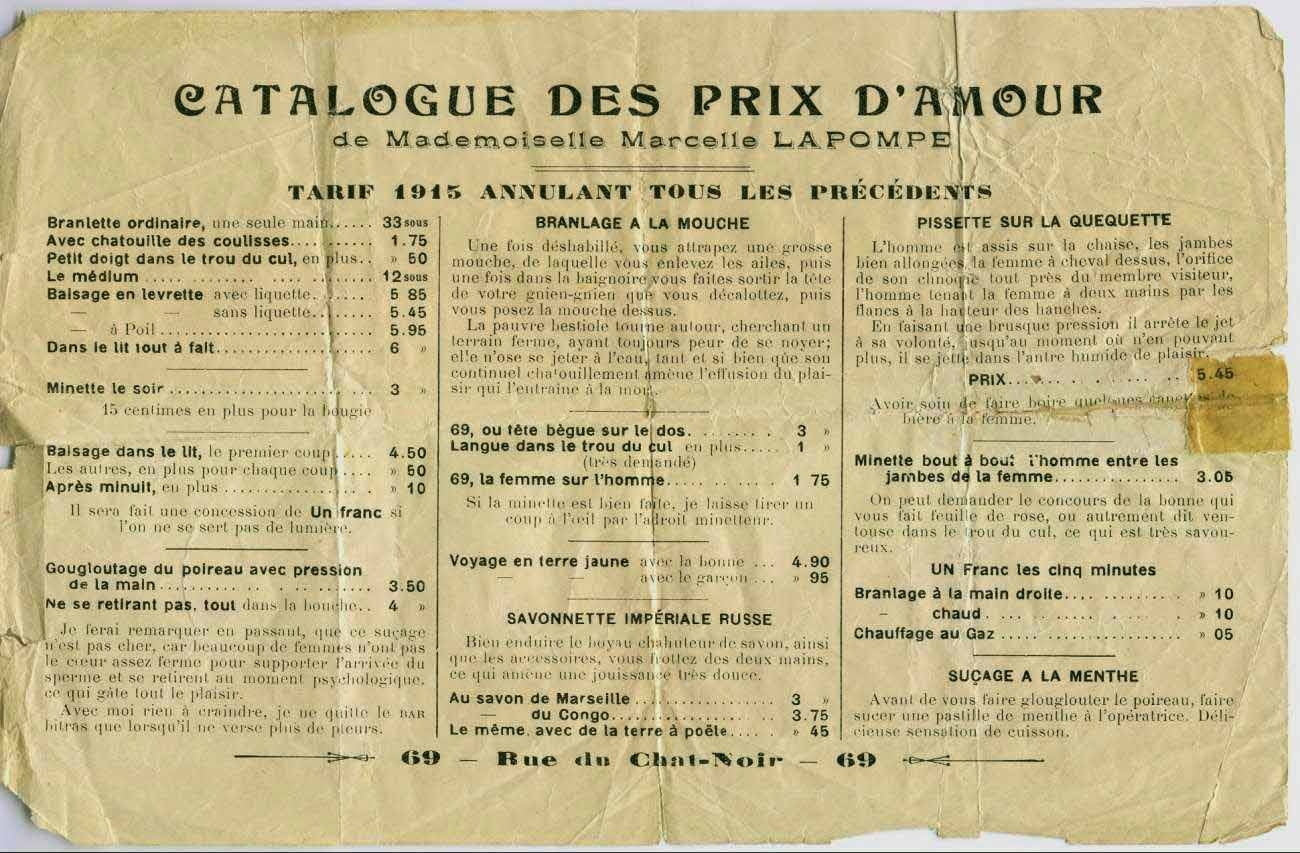 As soon as you get a glimpse of any one of the iconics
you know where you are, and have conjured up other images

you know exactly which country it is....
"Ahhh, France, croissant, camembert... "

This is why NDDP is classified by Unesco
It is culturally significant, to humanity

The Houses of Parliament, and it's big clock... um ?
The Leaning Tower of Pisa (ooops, it's just keeled over !)
The Sphynx (we're watching here as, parts, just .. fritter away ..) 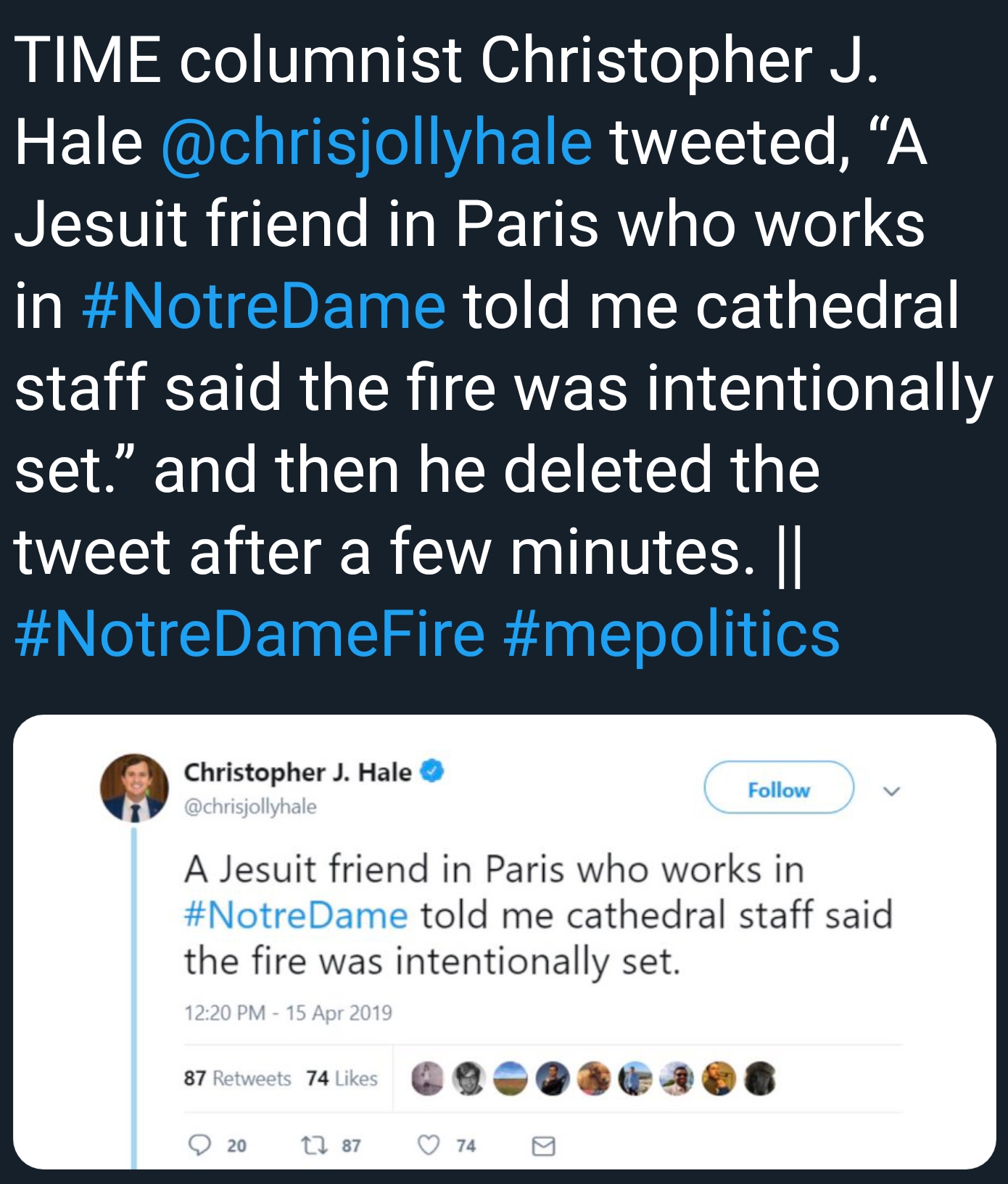 It doesn't look all that much the same though, just more suggestive if anything. So I didn't bother looking again.

originally posted by: Willtell
What I usually do is on a thing like this is look at what happened in the past on this date, April 15, which will now be one of the memorable dates in history…
Here’s a link

2013 – A wave of bombings across Iraq kills at least 75 people.
2014 – In the worst massacre of the South Sudanese Civil War, at least 200 civilians were gunned down after seeking refuge in houses of worship as well as hospitals.
2019 – A massive fire engulfs the Notre-Dame de Paris; the extent of the damage is not yet clear. 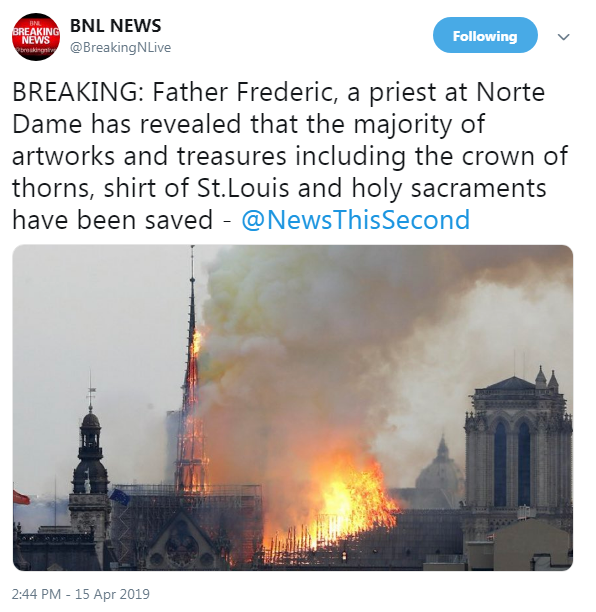 That there is another significant part of history. Even if the relics themselves are not the genuine items and I know people are divided on that, they are still significant for their place in history right alongside the artworks.
edit on 15-4-2019 by ketsuko because: (no reason given)

When doing renovation work, workmen can string up all kinds of temporary infrastructure to facilitate work. 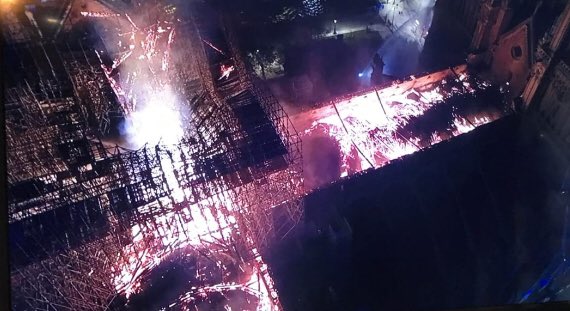 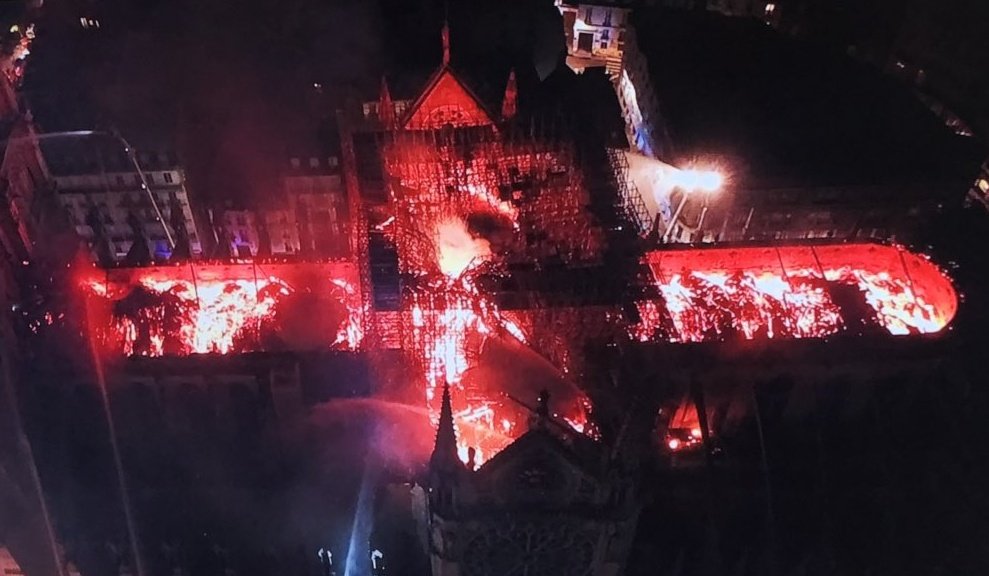