Democrats Want Your Guns (Even By Executive Order) But Can't Explain How To Rectify This Situation:

page: 1
24
<<   2  3 >>
log in
join
share:
shawmanfromny
+1 more
posted on Feb, 16 2019 @ 10:02 PM
link
On Thursday, Speaker Nancy Pelosi (D-Calif.) implied that if President Trump can declare a national emergency to get funding for a border wall at our southern border, a Democratic president could do the same on guns, because of gun violence in America. Make no bones about it, the Democrats want to disarm law abiding Americans, even by "executive order," which will no doubt have them circumvent the Second Amendment, as well as our Constitution’s individual Bill of Rights.

As a gun owner, I have no problem with laws designed to prevent mentally ill people from owning a gun and I'm all for mandatory, thorough background checks. Heck, I'm even for mandatory gun safety classes for new gun owners, especially after seeing some stupid and dangerous acts at several gun ranges over the years. To imply that all sane, law abiding gun owners are a menace to our society, is a flagrant lie. Many of us are aware of the dangers and responsibilities that come with gun ownership. We are not paranoid people, who want to act like Rambo when given the opportunity. We simply want to defend our families, our neighbors, our property and ourselves from criminals. Why? Because we know damn well that the police can't instantaneously appear, to save the day, after a call to 911.

I want for Nancy Pelosi, or any Democratic politician for that matter, to explain how the situation below would've turned out, if the homeowner hadn't used a firearm to protect themselves. See the link below. Would the police have saved his life, or protected his property? Would a gun confiscation program in the US affect criminals and gang bangers? Afterall, we all know how well criminals follow and respect the law.

Seriously, though, would Democrats talk to the many gun owners, who saved their own lives, including their family members and strangers, by using a firearm to defend themselves and others from a gun toting criminal? This happens all the time in America, yet most people who are against gun ownership, simply ignore this fact, or claim they hardly ever hear about it, even though it's reported on local news channels on a daily basis. How would the anti-gun Democrats respond to these facts? They'd do what the MSM does when it concerns the subject of guns... spin it and deflect the narrative to suit their agenda. They do this, by showing the aftermath of tragic gun shootings and by interviewing the victim's family members and showing anti-gun protests. Then they subtly imply that law abiding gun owners are somehow to blame and demand new gun laws to combat these senseless shootings. They never explain how these laws would deter crime or prevent criminals from packing heat. It happens time and time again in this country. End of rant.

Quantumgamer1776
+20 more
posted on Feb, 16 2019 @ 10:06 PM
link
Using an executive order to assist the enforcement of current laws is a lot different from using one to remove an amendment from the constitution and strip rights from American citizens.

I figured the speaker of the house would know the difference......

Nancy (Have a happy Thanksgiving!) Pelosi is kinda in her own little world right now...

Although it is a wet dream for the left...

I say bring it and let's see where THAT goes.

posted on Feb, 16 2019 @ 10:15 PM
link
Any democrat (or even republicans) who supports these dishonest and misrepresented legislation's that are inherently not going to do one single thing to stop a criminal, (just look at Chicago with their gun laws and all the shootings in spite of them), should then not be allowed themselves to have ANY ARMED GUARDS. If law abiding citizens can't be allowed to defend themselves with guns, then neither can the hypocrite politicians including governors of states with police protection or anyone else.
edit on 16-2-2019 by NoCorruptionAllowed because: (no reason given)

posted on Feb, 16 2019 @ 10:27 PM
link
The Dems are self-destructing as a party; Miss Happy Thanksgiving Herself is pushing hard against the Acme Dynamite Asploder.

originally posted by: TheTruthRocks
The Dems are self-destructing as a party; Miss Happy Thanksgiving Herself is pushing hard against the Acme Dynamite Asploder.

The dems ARE self destructing as a party. Will they even field a candidate in 2020 or they gonna bow out?

originally posted by: Quantumgamer1776
I figured the speaker of the house would know the difference......

posted on Feb, 16 2019 @ 11:01 PM
link
Anyone with an ounce of intelligence knows that disarming law abiding American citizens will do nothing to stop anyone with the desire to harm another, from attempting to bring harm.

As for the argument that it will make it more difficult for that to happen, trying to stop one person from doing harm, by preventing millions from the ability to protect themselves, makes zero sense.

Anyone pushing making guns illegal in America has another agenda and are far more dangerous than a mentally ill person with a gun. 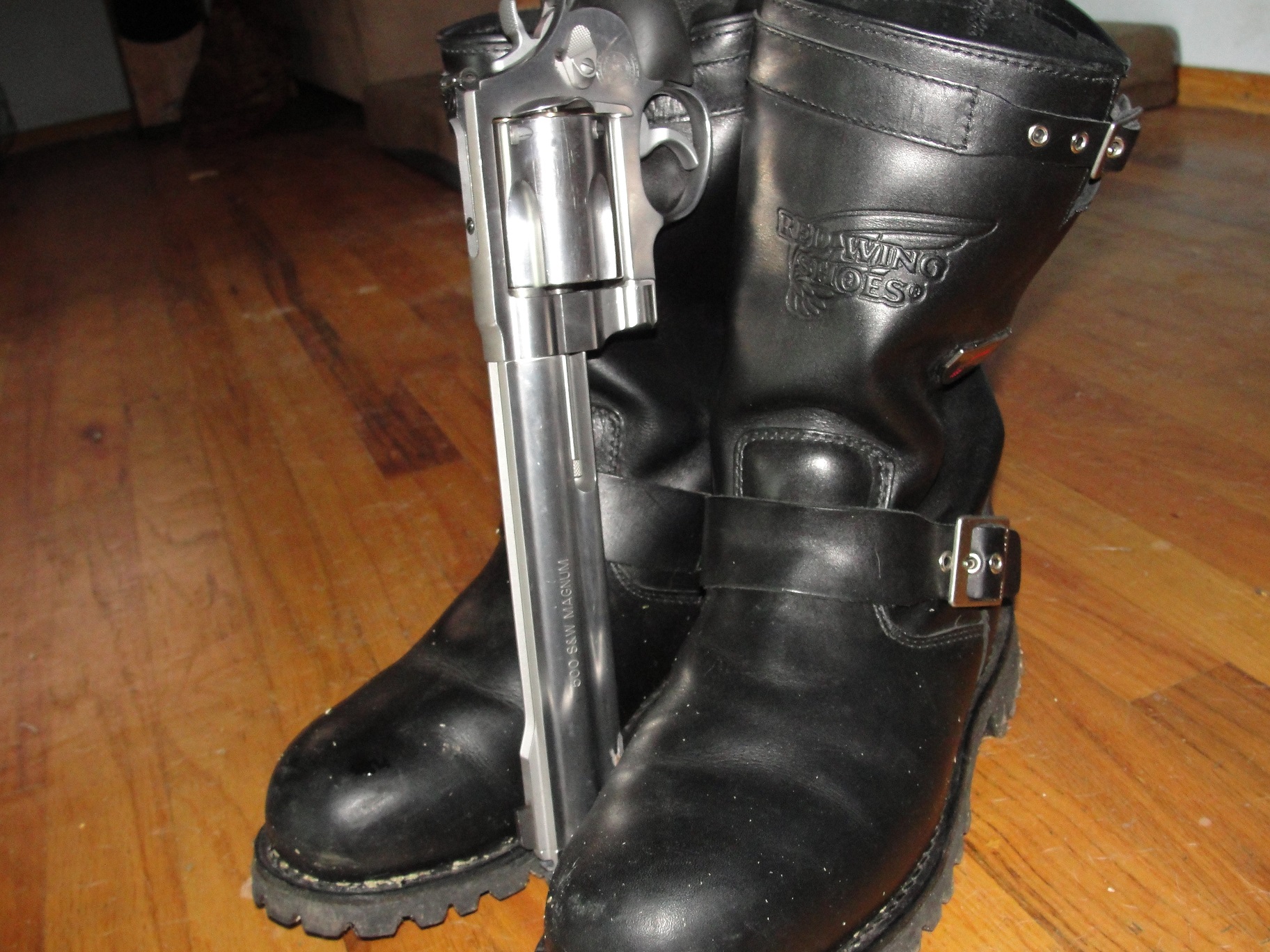 
Biden hasn't done anything wrong since he and Obama were twice elected, has he?

As much as I don't like Pelosi, she does makes a good point. Mass shootings have become a common thing in America. I have relatives in Canada that can't understand why the gun laws in America are so lax.

It seems like every time there's a mass shooting, the shooter has a record of mental illness or domestic physical abuse or has a criminal record of some sort. I think it would be a good start to refuse the sale of guns and/or removal of any guns from people who posses the above criteria. If you're a law abiding citizen and gun owner, this shouldn't be a problem.

I'm sure some gun owners will say, well not all people that posses some of those criteria you mentioned commit mass shootings! No, but it sure would keep people who want to own a gun on the straight and narrow! Some of these shootings are caused by irresponsible gun owners who don't keep their guns locked up and away from their own children.

I often wonder if staunch gun owners would still be fighting for a person's right to own a gun if their own child or loved one was a victim of a mass shooting. How quick would their perspective change?

Biden hasn't done anything wrong since he and Obama were twice elected, has he?

It’s now ‘creepy’ Joe Biden.
The internet has not been kind to him and if he runs it will be even less so.
The dems are likely to double down and have him surrounded in young pre-pubescent girls just to make him look like he’s capable of being around kids without touching them.
He’s not.

If he runs they’ll be the ‘pedo party’ (more so than they already are)
edit on 16 2 2019 by Breakthestreak because: (no reason given)

posted on Feb, 16 2019 @ 11:28 PM
link
I doubt even Pelosi is dumb enough to think a president can violate the constitution with a national emergency or an executive order.

Well, maybe her botox injections went to deep and numbed her brain.

I know someone who was gut shot
They spent several months in the
Hospital and they're staunch
2nd amendment supporter.

posted on Feb, 16 2019 @ 11:38 PM
link
Well, now gun owners and their relatives should only vote Republican since the cat is out of the bag. I have some relatives who vote Democrat, but it would be a cold day in hell they would vote Democrat if they were going to start taking their parents or siblings guns, most of those people will someday inherit their parents guns.

Pelosi should retire before she destroys the Democratic party. She has gone bonkers. I do not want just a Republican candidate to vote for in elections, I still vote for Democratic congressmen, but maybe I should stop doing that and advise all the people I know, which is over a thousand, to read what the Democratic party is threatening.


Remember that time when Donald Trump said "We need a Muslim ban...until we figure what the heck is going on!"?

Remember that time when Donald Trump sat down with a bunch of people to talk about gun violence, because there had just been so many mass shooting, all over the place, and he said "Just take the guns now, ask questions later!"?

It's kinda like that. This is a knee jerk, "what if" reaction to Trump's "National Emergency".

But, if mass shootings, like we've seen over the past year or so, continue to terrorize every day people, a lot of people might be on board with the president declaring a national health crisis, and take a bunch of people's guns away. I could see that happening, even under Trump.

What a Freudian Slip by Pelosi. The first thing she can think of is banning guns.

But they aren't after your guns, right?