Boris Johnson quits to add to pressure on May over Brexit

So do we just keep doing referendums until we get the right result then?

posted on Jul, 10 2018 @ 02:01 AM
link
Oh, I know people will disagree, but... I think it's healthy to have the type of debate and acrimony going on at the moment. It may produce dysfunction, but I would rather principled politicians with their own opinions, than robots who slavishly follow the party-line.

Any party (except the Scottish nationalists) would have a range of opinion, even in the Labour Party. This is surely what politics is all about. Having the arguments and eventually coming to a consensus. Like her, or not, May is at least attempting to get a consensus that is palatable to the Tories and the wider public.

Contrast the discussion going on in the EU. There is none. The unelected EU Commission are conducting a robotic and inflexible checklist negotiation, with the aim penalising the UK. There has been no debate allowed across Europe. There will be no accountability by the EU Commission for their part in where we are with the negotiations. They still blame Britain, rather than recognise they are the problem.

UK politicians will lose their jobs because they have an electorate. EU Commissioners won't. They'll just move on to the next project.

What do people want. Groupthink politicians who are unable or unwilling to actually have an opinion?


originally posted by: SprocketUK
General election on the way.

Get ready to spoil some ballot papers lads!


You know? I am a bit worried that this will be the only palatable option.

UKIP are now a mess populated by the soft wing of the BNP so I can't bring myself to vote for them.
I voted for the Tories once in my life, that's enough.
Lib Dems are horrible, lying shills who will never get a vote off me again.
Labour are chock full of Kier Starmer and Chucka Umuma types who want to keep us in the EU by hook or by crook. So much as I like a lot of what Corbyn does, I can't vote for them.
Greens have turned into pro EU nutcases who hate the UK. Never them.
It's a pity Sinn Fein don't stand in the Tewkesbury borough...apart from their pro EU stance, they would be a good protest vote
Used to be a guy up the road, a disabled former TT racer. If he stands again I might cast my vote for him, at least he might get one vote closer to keeping his deposit.

Blimey keep your wig on Freeborn Jeez did it hit a nerve Blimey don't take me too serious, but I stand by my comment that SOME Brits are lazy as hell, just like some French are and some Germans etc. It's the state we live in where so many have become careers work dodgers, it's just a fact that there is a Jeremy Kyle grouping who are not prepared to do an honest days graft. You know it too if you are honest about it. I was out in East Anglia yesterday and there were east Europeans everywhere and one of the Kings Lynn people told me the locals WILL NOT WORK IN AGRICULTURE but prefer to live on the dole. Fact about a certain type of Britain

We all know who the best protest vote is for.


I may join them.
They actually have good points....well better than what I have heard lately.
edit on 10-7-2018 by testingtesting because: (no reason given)


Labour are chock full of Kier Starmer and Chucka Umuma types who want to keep us in the EU by hook or by crook. So much as I like a lot of what Corbyn does, I can't vote for them.


I keep a tiny violin at the ready just in case chucka rants about his upbringing again! see public accounts committee sittings.

on topic. I suspect this development was inevitable. mr davis was given a near impossible brief of negotiating with eu officials sporting butt plugs in their ear canals.

on a social level imo the free movement component was open to abuse allowing some violent individuals to embed and do their worst. I suggest a system on merit regarding both an individuals history of work and conformity within the social structure. naughty boys and girls need not apply. not wanted not needed should apply globally.

If I had to vote between the three main parties I would go lib dems they are the only party willing to let us get stoned so we don't give a # about how bad they are running the country.
They are all going to keep cocking it up I could never vote conservative tbh the hatred runs deep coming from up north and my Granddads spirit would haunt me If I did.
I have always voted Labour because of their policies and tbh it was the way I was brought up but since Corbyn I dunno he just appears really weak to me.
I miss Tony Benn .

originally posted by: ufoorbhunter
a reply to: Freeborn

I was out in East Anglia yesterday and there were east Europeans everywhere and one of the Kings Lynn people told me the locals WILL NOT WORK IN AGRICULTURE but prefer to live on the dole. Fact about a certain type of Britain

You are confusing people being lazy with people deciding they are not going to work for subsistence wages.
It's easy to work for rubbish money when there are ten of you in a caravan and you can send your meagre earnings back home to your family and it turns out to be twice what you would earn back home.

That is the reality.
If you are born here and take that fruit picking job, it wont even cover your rent, much less allow you to save for a mortgage and on top of that, what benefits you did have, will be stripped away because you are working.
I don't blame kids for not wanting to be exploited.
The truth is, without the 500m people pool of cheap labour the EU provides, employers would have to pay a bit more and then it would become worthwhile doing these jobs.

originally posted by: testingtesting
a reply to: SprocketUK

If I had to vote between the three main parties I would go lib dems they are the only party willing to let us get stoned so we don't give a # about how bad they are running the country.
.


Trouble with the Lib Dems is they will tell you they will make drugs legal, then, soon as they get a sniff of power, they'll introduce the death sentence for having an 8th of hash in your baccy tin.

Blimey keep your wig on Freeborn

Why?
You pissed me off with your sweeping, way wide of the mark generalisation about ALL British people!


Brits are LAZY BASTARDS mate, not all but the #ers who voted us out.

I know lots and lots of people who voted for Brexit but who are exceptionally hard working, skilled and successful people.

I personally had to sack two Poles for being unable to follow even the most basic of instructions and were completely useless.
Quicker and faster my arse!

I presume you meant 'fat bastard, lazy Brits' - you cheeky twat, who the hell do you think you are.
Its self-hating, self-centred people like you who have screwed this country over!

Swap the laxy fat basterd Brits for foreigners any time

Why not relocate abroad then you'll have no problem employing foreigners.....with an attitude like you have this country would be well shot of you.

We want grafters and people who have balls and a bit of resolve, you quite clearly have neither!

Elethia we can't MAKR IT HERE BECAUSE WE OST THE SKILLS.

You might have a point here, but it's because of successive governments economic policies and social engineering experiments and certainly not because of a lack of ability.

Jeez did it hit a nerve

Obviously....but because you are so wide of the mark!

Why not? Weren't you being serious? Were you only joking?

But that's not what you said, you quite clearly labelled ALL British as fat lazy bastards.....are you now backtracking?

Of course there are SOME people who have chosen the benefits lifestyle option, but certainly not everyone, not even most....not by a long shot.

You then voice your admiration for Eastern Europeans whilst conveniently forgetting that the majority of the UK's most wanted people are from Eastern Europe, that they run the vice trade in London now, that they are an absolute pest to many door and bar staff in pubs, blah blah blah.

Good and bad everywhere.....you cherry pick the bad to criticise your own nation and cherry pick the good to praise foreigners all to fit your pre-conceived, set-in-stone opinions.

Yes, you seriously pissed me off last night....none of which had much relevance to Boris Johnson or David Davis resigning and doubts surrounding the Brexit process.

Guess some people just get off on self-hating whilst others try to stay positive and work for a better future for this great nation of ours.

edit on 10/7/18 by Freeborn because: Spelling, grammar

No confidence in the conservative administration! get them out for good !

absolute waste of space those clowns

Nonsense! Lord Buckethead for ever! 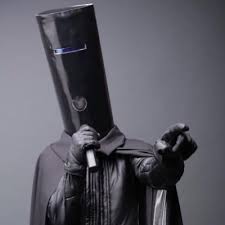 aye when did england build a wall ? that was the romans !

out of the blue that question , what has my response got to do with the labour party ?
my aversion to the conservative party led you to the labour party how ?
Just curious , to answer your question I havent a clue what the labour parties policy maybe
in fact I dont think any political party in the UK has a policy that is in any way
up to the task of fixing the absolute #in farce that is BREXIT which has done nothing but
lead the people of the UK further into the dark!
We need illumination , we need truth, and not one single party plans to give that to us!

This is not a democracy !


Stop That! Its silly


True. I just asked because if you want the Conservatives out the alternative seems to be comrade Corbyn and I struggle to make out what Labour's Brexit policy might be.

Shame that Farage has gone from UKIP.

Fact is, we voted to leave and that's how democracy is supposed to work.

You got it right there mate.....don't trust any of them, all pissing in the same pot, or more accurately gorging from the same trough.

I have no idea what the answer is though, but there must be some viable alternative.
Anything must be better than the awful, #ty, situation we are in at present.


originally posted by: Cassi3l
Jeremy Hunt has just been confirmed as foreign secretary
Who is Jeremy Hunt,
the limerick waiting to happen ?

He is the man who destroyed the NHS

isn't that how jeremy got his limerick rhymed surname !

You were doing so well with your nationalities up until this point!
edit on 10-7-2018 by sapien82 because: (no reason given)