I have personally seen many people on ATS as well as people like Alex Jones and rosanne Barr accuse him of being a Nazi collaborator.

Well I got bored yesterday and decided to look it up and it turns out there is even a snopes on the dude and one simple fact that is just hilarious when you consider how little work the right wing propagandists did when fabricating this conspiracy..


Now I’m not saying the guy is a saint or anything but lmao..

You based your research around a Snopes article? Bwahaha indeed.

The guy has admitted what he did and openly said he regrets none of it.

Joke's on you dude.

Well regardless of using Snopes and focusing on a numerical error, Soros did in fact admit that he had no problem at all helping Nazis confiscate the property of Jews, while posing as a Christian in Nazi-occupied Hungary.

He has also said he thinks not about the social consequences of his actions, and that his chief motive is to make money (he is cited as being especially responsible for helping crash the Malaysian and Thai economies during the Asian FInancial Crisis (and profiting off of it), and "breaking the Bank of England", shorting the British Pound in the early 90s.

The were children that old in the Wehrmacht at the end.

He was actually fined for his business dealings with the Germans.

Little Georgie had to parachute out of a plane cuz war that his dad funded.

Is Soros a Rothschild relative?

The way he got to London from Hungary and into the London School of Economics is telling.

And how stupid you are for being so superficial about this. Watch the video, dude, and watch Soros say in his own words how he participated in taking the property of Jews. Then come back here and apologize.


Then come back here and apologize.

This belongs in the LOL forum...

I suggest you research Volkssturm. Its a Nazi German militia that recruited kids as young as 9 due to manpower shortages. In fact, many kids are forced to go against Soviet tanks in 1945 when they entered Berlin.

Look at this photo of this 16 year child soldier shaking hands with the Nazi minister of propaganda Goebbels. 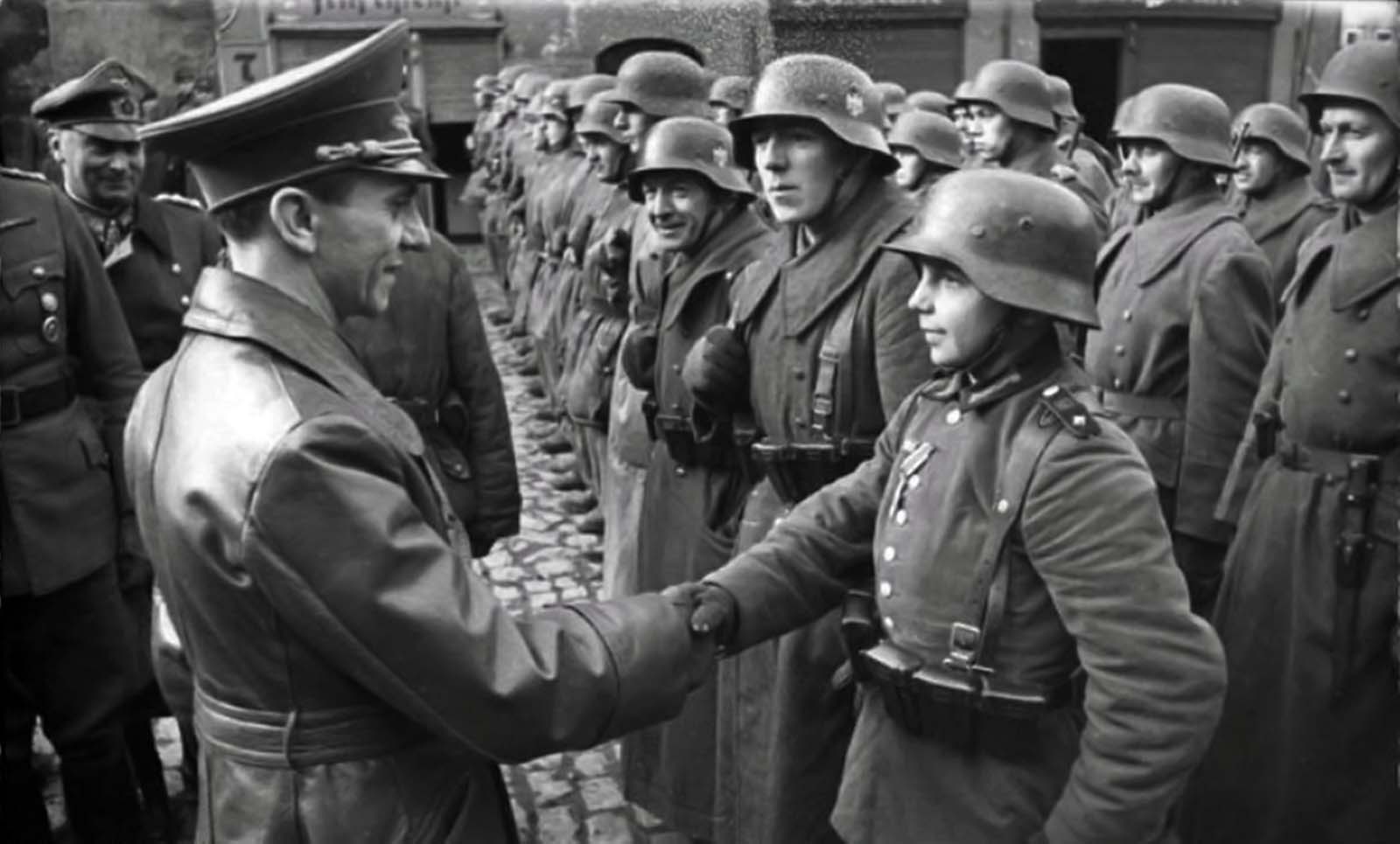 How exactly was he Nazi collaborating at 14?!?!

BWAHAHAHA is right.. I guess I should have used infowars, newsmax or ATS..

posted on May, 29 2018 @ 08:16 PM
link
Just think . George Soros OWNS the Progressive Liberal movement. Not only in the US , but around the world.
Having a Nazi sympathizer and assistant as a owner and leader of a group couldn't turn out bad for the world , could it ?

Seriously? Just give it up bro.

BWAHAHAHA obviously you didn’t each the video. I just did..


All he says is that at 14 he pretended to be a Christian to dodge the death camps..