Russians Indicted by Bob Mueller Are Fighting Back..Catching Him Totally Off Guard.

Now, something has happened that apparently Bob Mueller didn't expect. At least one of the indicted Russian corporations is fighting back...catching Special Counsel Mueller with his pants down.


Former U.S Attorney for the District of Columbia Joe diGenova said Special Counsel Robert Mueller was "not ready" to be called into court by Russian interests he previously indicted.

DiGenova said that at least one of the more than a dozen Russian individuals and companies Mueller indicted earlier this year effectively called his bluff on holding further litigation.

He said the Russian company wants "a lot of [legal] discovery," which could include documents and the like.

Just because Bob Mueller charged these Russians with interfering in the 2016 U.S. election, doesn't mean that they actually did. Proving it, will take many months in court, and cost U.S. taxpayers millions of additional dollars.

Should the Special Counsel wrestle with these Russians in court? Or, should he dismiss the charges? Even if Mueller eventually wins the case, it doesn't mean that the Russian company(s) must comply with whatever punishment a U.S. judge levies.

Also, would it be impossible to "wind down" or terminate the Mueller probe, if he's fighting Russians in court? 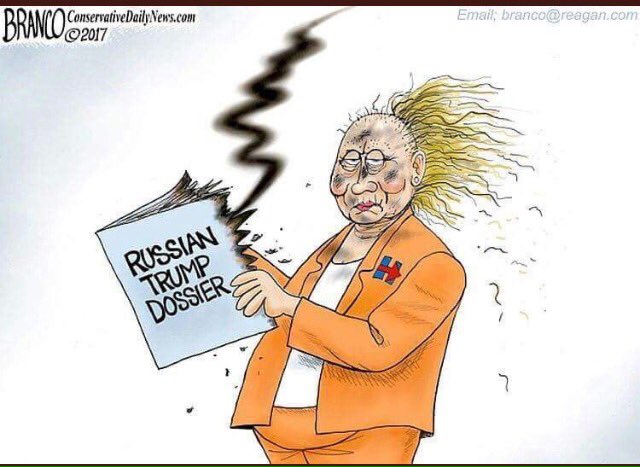 He has been failing to comply with Brady on evidence turnover... I wonder why.

It's interesting how this "master prosecutor" seems to great at levying charges, but caught off-guard when the cases get to court. The Manafort court hearing 7 days ago was a disaster for the Mueller team.

Today is another Friday Boom day ...

I never did understand that whole thing about these supposed Russian "trolls".

How can you as a serious country, try to convince me...that creating fake facebook profiles and organizing weakly attended protests has in some way...made a mess of your election process. I mean...the thing is ridiculous all the way through.

Firstly, organizing protests...I just dont see how is that illegal ? When thousands of such protests were up and running all over the country. And not by Russian trolls. But by Americans.

Creating fake facebook accounts ??? come on people..then shut the whole internet down...because..most of the stuff on there is fake anyway.

It’s because that was not the end game or desired result. It was to either save face, blame someone other than Hillary/democrat party for losing, or to hurt the Republican Party in some way. (These are my assumptions...)

...now... what have they actually achieved?


Also, would it be impossible to "wind down" or terminate the Mueller probe, if he's fighting Russians in court?


Not if Mueller chooses to do so.
He can call it all off at any time.
I think that is likely to happen.

Who said Mueller was "caught off guard?" The committee can easily appoint someone to present their evidence in court while the investigation proceeds.

I'm so sure trump sycophant DiGenova knows what Mueller is thinking or whether he is ready.
That's just too funny.

Kind of like Napalitano during Hillary's server investigation. The legal big mouths who are guessing what the prosecutors have or don't have.

They arent lies and DiGenova is correct. When the Russian opted to fight the charges the SC was unprepared in court. As a mater of fact they tried to quash the defenses motion to have the case start immediately. The SC wanted a delay and could not explain / provide a good enough reason to the court to get the delay.

If the sc was not ready for court then they never should have indicted and moved on it.

The court saw what the sc was doing and stopped it by granting the defenses motion.

Considering it was true whats your point?

posted on May, 11 2018 @ 07:06 AM
link
What was not stated in the OP, and is the slickest part about this, is that the defense has the right to view any material that Mueller has. Thus exposing everything. You know dang well that everything will get "leaked" as well. Incredibly smart by the Ruskies here....well played.


penetrating our voting systems - no biggie, I suppose. hacking the dnc - knock yourself out, right?

clearly the repubicans need the help, it's hilarious.