originally posted by: IgnoranceIsntBlisss
Anonymous posters from 4chan gets their own ATS forum...

It would be for US...NOT Q.
People post on ATS about what Trump and Hillary say and do...but it's for US...NOT for either of them.

BTW:
I'm not posting on ANY other site but ATS.
I don't have or post on FB or Twitter.

ATS is MY social media home.

Just what we need.

What so special about some internet character that they get their own ATS forum category?

I'm waiting a year now for Accelerating Change, we have the whole site covering Trump and all the Russia BS, all the BS the MSM spins majority of which is pure sideshow diversion from THE CORRUPTION that rules this world, their Real Agenda.

Their real agenda is 2 prong: The "Wars of Drugs" that drives international corruption rackets coup detats / wars (home and abroad since WW2).

And TECHNOLOGY. Their agenda being skynet'esque AI to drive global domination and technological immortality. Here th SJW agenda is explained, designed by them to divert and divide and distract everyone from this front. That's how desperate they are they've brought in 21st Century grade Nazi inspired Identity Politics. All while we're being plundered to the core across the globe so that the plebs cant be immortal like they religiously expect to become sooner than later. All while we're being devastated socially and etc etc the total global implications of the drug wars, which the SJW's do NOTHING about (instead they blame white people for being white as the cause of everyones elses problems).

Does the MSM talk about ANY of this?

So tell me, because honestly I havent had time to follow the Q thing as I've been dedicated to cutting thru all the BS to get at this underbelly that defines our Century here... does Q talk about any of that, or just what's in the MSM narrative for what We The Little People should be concerning ourselves with?

Trump isn't the Story of the Millennium. Nor is Putin. Or Russian trolls. Or North Korea. Or Hillary's emails. Or Obama's wiretapping. Or even the Middle East for that matter.

The scandals that propagate from those specters thats what the MSM wants us chasing. The diversions, may they be divisive and drag out for years, is The Model.

The Corruption itself, and their true agenda(s), are not. TO cover them up we need allt eh scandals, and identity politics, and dancing monkeys we can get. Is The Model.

So based on this, whether whiting or not, who does "Number Q" work for???
edit on 23-1-2018 by IgnoranceIsntBlisss because: (no reason given)

The funny thing about your post is you blast Q and then go on to talk about all the things Q has been getting people to dig into. Making connections from his bread crumbs. He has posted things and then have it verified by POTUS. Do yourself a favor and start at the beginning and give the Q mega thread a good reading. It is worth it.

Here is just one thing that he has posted. Each post starts an avalanche of research. It is amazing.

Shall we play a game?
Find the spider(s) and build the web (the ‘map’).
Remember, they consider you to be the fly (specifically, the ‘feeder’).
Remember, they never thought she was going to lose.
Therefore, they never thought investigations and/or public interest into their criminal acts would be exposed/investigated.
Therefore, they never thought they had anything to fear.
Therefore, they openly showcase their symbolism.
Therefore, they were sloppy.
Hussein’s last speech in Chicago re: ‘scandal free’.
Why did he continually emphasize that phrase?
As a backup, they infiltrated and control the narrative (the ‘MSM’).
As a backup, they install only those on the team.
As a backup, they blackmail those that aren’t.
As a backup, they defined ‘conspiracy’ as crazy/mentally unstable and label anything ‘true’ as such.
This works given most of what they engage in is pure evil and simply unbelievable (hard to swallow).
The ‘fix’ has always been in – no matter which party won the election (-JFK (killed)/Reagan(shot)).
This was always the promise made to those who played the game (willingly or otherwise) (i.e., they would never lose power).
Power of the (3) letter agencies.
Power over the US Military (WW dominance to push against other nations and install like-kind).
These people are really stupid.
Follow the husbands.
Another Hint:
Ian Cameron McKinsey & Company
Clowns In America.
Dr. Emmett J. Rice.
Federal Reserve.
Everyone is connected.
How about a nice game of chess?
Q

I do find it fascinating, but don't see a need to treat it any differently than any other mega-thread: at ~400 pages start a new thread linking to the old one.

I would LOVE to see this! Someplace that everything could be put together yet allow different branches of thought as Q goes off in a thousand directions and it's hard to track in one thread.

I guess we need a Mod willing to watch over us also.


I agree with you and think a Q Forum is a good idea. In my opinion the Q topic is the single most important one on ATS at the moment. The Q phenomena has the potential to change the political landscape forever by waking ordinary people, both lefties and right wingers, up from a long, long sleep that has allowed dark forces to take complete control and commit their crimes as they please, with no regards for the law.

I hope the mods will be positive to your suggestion.

Good idea, but shouldn't that forum have a more flexible name, in case "Q" needs to change his/her name to something else, or is replaced?

posted on Jan, 23 2018 @ 12:34 PM
link
Why should we believe that "Q" is worth paying attention to? Can somebody give us, say, the 3 best pieces of evidence that Q is an actual insider and not just some kid LARPing?

Genuine question. I want to believe. 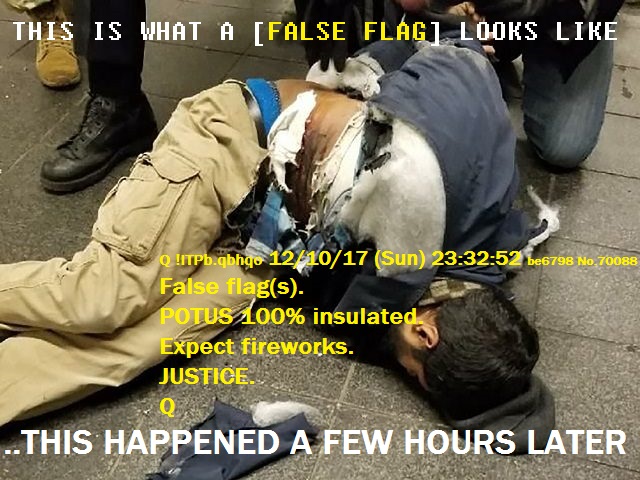 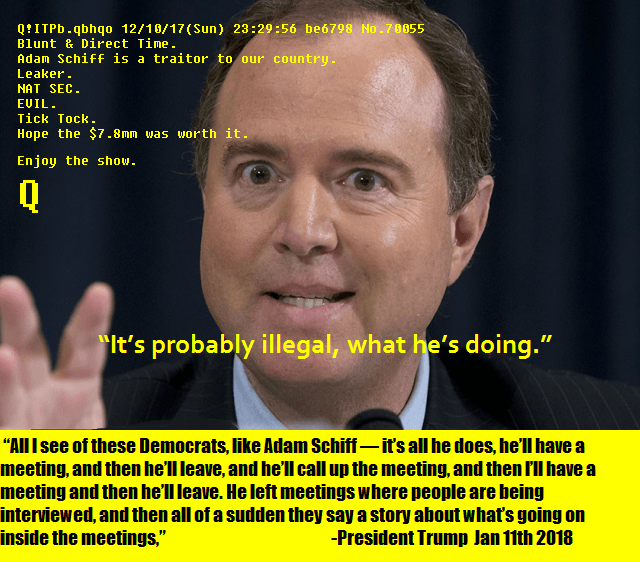 I'm not actually attacking "Q". I havent followed it. I saw the "White Rabbit" thing. Neato clever little red pill game for non-adepts it appeared to me. Cool. Maybe it'll help bring some noobs into reality. But then all this fervor behind it (from people already "above top secret")... and it supposedly being someone in the Trump administration... which may or MAY NOT be actually against "TPTB"...

BUT, if the attention is de facto all about (effectively) speculating about all the drama the Two Party + MSM System wants us chasing (i.e. russian trolls, dirty dossiers, whites are racist, etc) [mostly] manufactured scandals.... all that stuff conventionally is about diversion from the Corruption and their real Agenda.

So now we have this Trump thing, and maybe, just maybe the 'NWO' (pick your term) hates him and not just because it wasnt his turn but he the 1%'er Elitist actually truly is against their agenda, that he even understands it, and while getting his policies & perceptions etc from watching Fox News all day, while being trolled by the liberals, and surrounded by the neocon's, and no end in sight of Session's pitbulling potheads, etc, he might actually end up making some lasting impact against The Corruption...

We shall see... (I can promise everyone by blindly knee jerk defending him and every detail to expect not.)

I've been more than fair giving this guy a chance, and actions do speak louder than words, but lets face it his words (and some of his actions) play right into what we would expect if he were in on the Rule via Division + Distraction game we should expect from any other Two Party + MSM Creature.

The Real Agenda now is what we're to be diverted from. Everything that is focused on in the MSM plays into that.

So where should we put our time? The people we're going to debate for 400 pages where do they put theirs?? The leaders we're trying to defend, how about them???

People wasting their time is what I'm "blasting". Because nothing is more precious than time (in general), while in terms of awakening and activism... for Homo sapiens to survive this Century we're pretty much already out of it. Meaning as long as we keep chasing ourselves over the Corruptions' MSM waterfall, we've already lost.

So, again, this "Q", are they really uncovering the earth shattering reality behind the facade, is this "person" truly elevating everyone above the MSM Tunnel Vision reality... this "person" who could be 20 different people stating themselves as one, half of whom could just be another "Anonymous" CIA front (those fake hacker f'ers doing those videos)...

I dunno. But, aside from that white rabbit thing, when I try to click on it I mostly just see more speculations about MSM happenings. Which is what goes on all day across this entire site, and everywhere else, as it is.
edit on 23-1-2018 by IgnoranceIsntBlisss because: (no reason given)

There is no easy answer for this. People keep asking.

We're talking about a 300+ page thread of research and verification. As Dashen said though, there has been many "proofs" provided.

It is nieve of people to think that anyone entered that thread not skeptical of the claims. But the more you look into it the more you see it.

Give it a go


Those are big complex subjects.

do yourself a favor, dig into the thread. it is wild, logical, crazy, and verifiable, as we are the ones making the connections.
Trust us, itll be fun


originally posted by: IAMTAT
ATS already has a dedicated:

Those are big complex subjects.

Ask anyone following and researching Q material (there are many here)...if Q is a big complex subject.