The story, as it is laid out in my head, actually requires one of those at a minimum. You may or may not be disappointed - no idea if I have any skill in that particular area of - uh - literature(?)

At one time in my childhood my father owned a used book store.

I will admit, I did read my share of historical romance novels.
I don't think you will have any problems, your characters have evolved to a point that it will likely come naturally as you write it out.

Rosemary Rogers, author of "Sweet Savage Love" seems to come to mind as one of the well known historical romance novels (that I read back then).

As before, if you think it's too steamy for this site, let readers have the option of getting that chapter via e-mail or something.
I have complete faith in you.

originally posted by: jacygirl
I don't think you will have any problems, your characters have evolved to a point that it will likely come naturally as you write it out.

Rosemary Rogers, author of "Sweet Savage Love" seems to come to mind as one of the well known historical romance novels (that I read back then).

As before, if you think it's too steamy for this site, let readers have the option of getting that chapter via e-mail or something.
I have complete faith in you.


Rosemary Rogers - good to have a name to pursue. I may need to research this a bit - I would hate to fall short of expectations. LOL

The scene will have to take place later in the story. I'm pretty sure it will have to be after this current arc of Falling ends, but I'm not 100% certain on that yet.

posted on Apr, 17 2017 @ 07:00 PM
link
a reply to: PrairieShepherd
Groupie checking in!
`Loved this. I'm interested to see exactly how this plays out. There are so many pieces that I don't know exactly what you are going to do with it or how you are going to take it. I LOVE that! But it's killing me~ok back to homework.


Ummm....so are we going flower child groupie or slash metal? 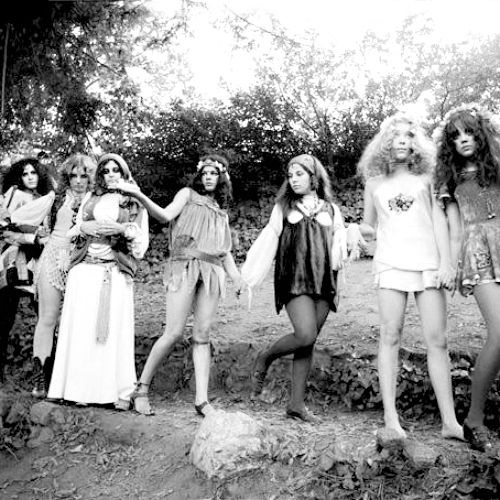 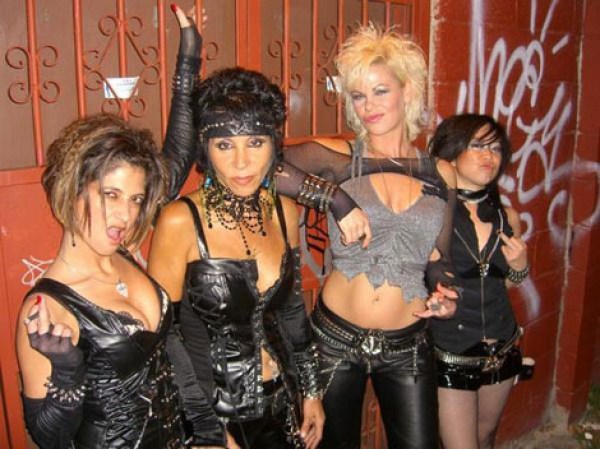 I adore acronyms...could use a fix and might visit the game thread soon.

SFMC
My mind is a horrible place sometimes. I immediately thought, "So F'ing Many Chairs".
It makes zero sense, but that's the first thing I thought of.
Twisted Hippy Chick fer sure.

posted on Apr, 18 2017 @ 12:12 PM
link
Note Bene: I should mention that I have certain doubts about this scene. I need not go into them, but to be honest I'm not sure is necessary, so it may or may not stay in the story. Alright, that's all I'm going to say about that.

She knew she was slowly going insane, but she couldn’t stop it now. Different parts of people she never actually knew kept forcing their way through. The girl’s anger and shame flooded her mind, just one of hundreds. Siere’s fear and pity of Lord Braeghe consumed her.

She had held off the madness throughout the evening, even during the verbal assault by the Lady Commander, but it had taken all her skills of concentration. Flashes of the assaulted girl’s memories had exploded upon her consciousness without warning ever since the Expelling. And her horror at Lord Braeghe’s treatment. Who would use a scourge on their own child? And that Bearer! Oh, yes she would have a chat with that little vixen. She had managed to hide her emotions, all of it, even from Lord Braeghe, but now, she was alone. Always and ever alone.

Deftly she Gathered tamborae and mixing caan and ashu she hardened the air around the walls, floor, and ceiling of the room. That was the only way she could describe it. It was a creation of her own, not something the Meioshi would ever teach her. It would let air pass through, but not sound. Working the tamborae, sculpting it with practiced skill and ease, she let Aomm’s Gift record every miniscule detail of the room.

Then she solidified the air around her hands and forearms, and with a primal scream she brought both fists down onto the bedside table, smashing it completely. Unable to hold it in any longer, she unleashed the rage and fear she had kept bound within, wreaking destruction upon the room.

Sometime later she found herself kneeling in the center of the room, surrounded by splinters of wood and shards of broken glass, embers and smoke from the fire still smoldering and strewn about the room, feathers from the pillows, strips of fabric from her bedsheets and clothes. Sweat trickled down her forehead and cheeks hidden behind the disheveled strands of her dark hair, blood seeped from dozens of tiny scratches and cuts from the flying debris, and breath came in shallow pants.

Woodenly, she recalled the image she had fixed in her mind from earlier. Working tamborae, she restored the room. The sheets and clothes knit themselves back together, feathers streaming into the pillows; the splinters of wood and bits of glass seemed to join and fuse, reforming the furniture and fixtures. There was nothing she could do about healing the cuts and scratches; one could not Take from oneself. In minutes, everything was just the way it had been when she entered the room. Slowly, she got up, moved to the vanity, and sat down on the cushioned stool. As she began brush her hair, the tears started once more.

Weak. So weak. Siere climbed into her tamborae-restored bed, curled up and lay silently on her pillow, waiting for the nightmares to start.

Every night was the same.

Almost every night.
edit on 4-18-2017 by PrairieShepherd because: (no reason given)

Ohhh...that was perfect.
I could feel my pulse racing as I was reading (and feeling her emotion).
Definitely worth waiting for. She is strong yet vulnerable.
Awesome stuff, Shep.
Sincerely,
Gropie

posted on Apr, 18 2017 @ 01:59 PM
link
a reply to: jacygirl
That's very good to hear. It goes a long way toward alleviating my concerns with this episode.

Oh geez...relax!
When the others read it I'm sure they'll agree.

I can always tell when something is good if my heart starts beating faster while I'm reading it. You have a way of bringing the characters to life and as an outsider reading, it all flows together beautifully.

You should give yourself a pat on the back, lol...just be careful of knocking that icy chip off your shoulder.

Rage happens to guys, and destroying stuff can be strangely cathartic. I think that's why men have an affinity for things like chopping wood by hand with an axe.

Siere is not a guy. Not even a tomboy. She has inner strength, power, and intelligence; she's capable, and determined. She is very feminine - clearly not the "squeamish delicate princess," but more elegant, graceful, and mature. She would never drink to get drunk, never be vulgar or crude. It's not who she is.

So for her to cut loose in this manner, to me, bordered on out of character - moreso simply for a woman of Siere's nature. Would a woman like her really react that way? I can tell you a man like me might, but I'm not sure most women would.

Because of what has happened, she seems to be not exactly herself right now. I'm hoping this scene is effective for that exact reason - it IS a bit out of character, but that's precisely what seems to be happening to Siere.

Well...women do feel that way too.
A lot of us will cry because lashing out has been considered 'unladylike' and I know that many times I have cried when I really wanted to trash the place or punch somebody in the throat. (yep, even timid little ole me)

Some women have nasty tempers and lash out at anybody who's around.
Siere is feeling deep emotions and pain, anger and also grief. That's a potent cocktail and can cause the calmest person to melt down and act out.

I think the worst part for Siere is not just knowing what happened to these people, but also feeling it and reliving it...then having to deal with the knowledge and memories. Very powerful stuff.

To me, you have kept her "in character" even through this. If she is acting out of character because you are setting the scene for the next part...then I think you've done a great job.

I am personally haunted by some stories from friends regarding abuse during their childhood or later lives, even though I have my own tales of woe. Some of the kindest people I've known have been through the worst experiences.
In the end I believe we either get "bitter" or we get "better" (as in more compassionate and caring instead of hateful and destructive).

Men and women react differently (I think) because of media, stereotypes, etc. etc.
Way down deep inside, we all feel pain, shame, guilt, etc. and how we react to it is personal and depends a lot on how we were told to manage our feelings as children. I still think that you handled Siere's deep feelings VERY well.

posted on Apr, 18 2017 @ 03:03 PM
link
a reply to: jacygirl
That's what I was thinking. Seriously - your assessment of Siere's character is pretty much spot on. She could handle hearing about any one of those situations, even several of them. But it's actually reliving them, feeling them that's tearing her up inside - she is a woman who naturally has strong empathetic tendencies. She's had to crush that part of herself in order to deal with what she has experienced in her life. But it's like walking around with heavy stones on your back all day. You can only do it so long before you can no longer recover fully each night, which makes the next day's work harder, making more difficult to rest the next night...you get the idea. It's a downward spiral, and eventually something has to give.