Catholics in Alliance for the Common Good, an organization that was founded by former Clinton campaign chair John Podesta and has received hundreds of thousands of dollars from left-wing financier George Soros, is waging a public campaign against President Trump’s executive orders suspending entry from seven terror-prone countries.

Emails published by WikiLeaks last fall reveal Podesta talking about using the organization to pull the Catholic Church in a liberal direction. Sandy Newman, president of left-wing organization Voices for Progress, asked Podesta about creating a “Catholic Spring” in order to undermine Church teaching on contraception. “We created Catholics in Alliance for the Common Good to organize for a moment like this,” Podesta replied.(emailid/6293)
...

Yet again we see Soros trying to influence public opinion, and in this case the opinion of Catholics by funding a Catholic group which was founded by no other than John Podesta, and of course this group emphasizes "the collective good" and is a group that is waging a public campaign against President Trump.

We created Catholics in Alliance for the Common Good to organize for a
moment like this. But I think it lacks the leadership to do so now.
Likewise Catholics United. Like most Spring movements, I think this
one will have to be bottom up. I'll discuss with Tara. Kathleen
Kennedy Townsend is the other person to consult.
...

Money will never be an issue for a Soros type individual. Given his age and wealth, the only option is to eliminate the threat he poses to modern societal stability. 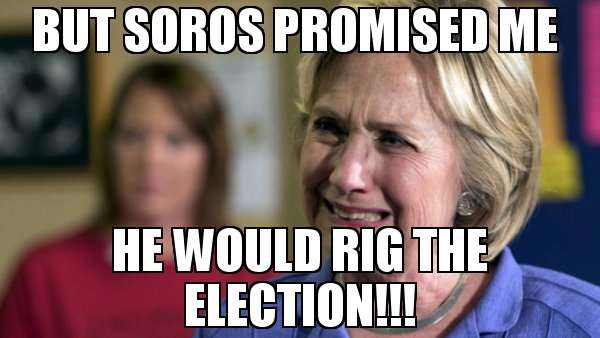 I think we should worry, even when Hillary wasn't elected the globalists have their hands everywhere. Not to mention that the Pope himself is a communist who thinks "communists think like Christians"...

Pope Francis: "It is the Communists who think like Christians

How many millions of Catholics are not communist, yet we have the globalists influencing even the Vatican.

We cannot lower our guard, otherwise we could wake up to find ourselves living in a socialist/communist world order.
edit on 4-2-2017 by ElectricUniverse because: correct comment.

Emperor Palpatine and Princess Leia right there in your video link... but it's his money I guess he can spend it however he wants. My first wife said I couldn't buy a motorcycle but I did anyway cause it was my money. If his thing is molding the social and political landscape and he's got the cash then watcha gonna do? He'll be pushing up daisies soon anyway. Out of curiosity once he dies does he have an apprentice, a Darth Vader waiting to pick up where he left off?

As for "Groundhog Day", I don't understand how that relates to my nixonion reference...


Out of curiosity once he dies does he have an apprentice, a Darth Vader waiting to pick up where he left off?

According to a poster in another thread his son is already taking over much of the day to day operations of his many organizations. A regular chip off the old block..

Don't forget WikiLeaks which is partnered with Transparency Toolkit which in turn receives funding from both the Open Society Foundations (Soros) and "big league" Trump supporter, Peter Thiel.

Of course Peter Thiel is also the co-founder and chairman of the board of surveillance state big data vendor Planatir which conspired with HB Gary and BoA to plot the downfall of WikiLeaks in 2010.

What does it all mean? There are a lot of oligarchs out there dumping a lot of money into politics, non-profit social orgs, etc. Links abound, some are tenuous and others are more substantial.

Catholics in Alliance for the Common Good, an organization that was founded by former Clinton campaign chair John Podesta

A spirit cooker who hangs art of naked teenagers in his house. The guy is not catholic let alone christian. He alone discredits the organization.

It was a tough year for Podesta...

First he lost his handkerchief with a pizza map on it...then hillary lost...

I'm sure Jimmy "Comet" Alefantis will through a pizza party for the Podesta brothers...