You don't seem to understand what objectivity means.

I can call it a few hours worth of work if that makes you feel better.

You hadn't heard about it so you think he was needed to bring awareness although I have already shown that it was known even outside the US.

Saying that it was no big deal except when spotlighted by campaign lighting and effects is looking at it objectively.

Bullpucky the way Obama was sitting on it, he would have gotten the Bush Treatment as would everyone else who sat on it that long.

5 days is not as long as your making it out to be. Beside showing up during the beginning while the rescue crew were in full swing really would be a distraction. People weren't in a position to receive an 18 wheeler of supplies then, nor do I think he could even get there due to flight restrictions and blocked off roadways. Nor would driving an 18 wheeler in be safe. He's not a miracle worker, and some things are just not feasible.

posted on Aug, 21 2016 @ 03:09 PM
link
This is silly in the extreme. One poster is doing their damnedest to belittle the contribution of Donald Trump and claims not to care who ends up in the white house as they aren't even American.

Yet they have spent 2 pages of this thread in a single minded attempt at denigrating the actions of someone who has indeed brought help and hope to people who needed both when it was delivered.

Of course there others share this small minded view and they parrot the same squaking points over and over.

The people who are there are grateful for Trump's gesture. Having been in a similar situation before with the aftermath of various hurricanes, I can tell you that anyone who shows up with a semi load of supplies will be welcome.

I was a restaurant manager for a national chain you'd all know the name of when Ike came through.

Our company sent in a few (3-4, I think) of semis with water and food which got passed out to all the employess of our company. I volunteered at one of them to help pass out the supplies and I can tell you that everyone who came was more than grateful for not only the items themselves, but for us managers who took time away from our families to help others when we all had stuff to do too.

This constant verbal defecation on the efforts of someone who helped materially and emotionally is not needed and demonstrates a very poor attitude, imho.

What kind of math do you use to have a single person who shows up for one day do more than thousands over the span of a week?

I see, so for it to be important he should end his campaign and focus more time on loading trucks.
Now that I understand your logic, I can see you have zero objectivity.

You seem to have gone from 'a few minutes' to a 'few hrs'... at least you are starting to wake up. Now all you need to do is recognise the massive publicity Trump brought to the situation and the impact he will have on others to take this seriously (starting with the President).

Your comparison of Friday's publicity with a newspaper article in Guatemala is comical, by the way. Thank you for the laughs.
edit on 21/8/2016 by UKTruth because: (no reason given)

I'm talking about all the work done during that time, for math purposes, not that it is an amazingly long time.

Your ignoring that actions have reactions, cause and effect. Again to be repeated if ONE, ONE person is there because they were inspired by Trump helping out, then his actions directly resulted in another person added to that workload you are going on about. It' not like the disaster is over. People are still coming in to help.

I doubt he's inspired only one person to do so, but it only takes one to do it.

With great power comes great responsibility. What you don't get is being in his position comes with a bit of power simply by being who he is. It doesn't take him ten hours of personal work to get that much done if he can by his actions and position inspire ten people to do ten hours work each, he's by the power of his position supplied more help than any one person working can do alone.

Your not objective because you refuse to accept basic facts as facts because they don't fit the narrative your trying to push.

originally posted by: jadedANDcynical
This is silly in the extreme. One poster is doing their damnedest to belittle the contribution of Donald Trump and claims not to care who ends up in the white house as they aren't even American.


The really silly thing is that if he had been critiqued for not showing up I would use the same argument of him not really doing anything significant to excuse him.

Yet they have spent 2 pages of this thread in a single minded attempt at denigrating the actions of someone who has indeed brought help and hope to people who needed both when it was delivered.


Yep. and a couple pages yesterday.

No, it wouldn't be important if he did or didn't but you making it seem like it was something of importance gets me to point out that objectively it is not.

No, it wouldn't be important if he did or didn't but you making it seem like it was something of importance gets me to point out that objectively it is not.

He did exactly what he should have as a Presidential nominee. He used his profile to help the people of Louisiana and has rightly received a great deal of credit for it. THIS is the only objective conclusion. The fact he humiliated the President and Hillary Clinton is just a bonus.

There's literally nothing objective in that statement. It's clearly important to a lot of people, THAT IS OBJECTIVE FACT.

Unless you're telling me all those people it's important to are figments of our collective unconscious.

Sure, philosophy, butterfly effect and all that.

All things being equal, the pics and vids of others being put out would do the same thing. Actually it should move more people to action but the idea that it needs to be a "leader" to move the people, which I don't believe, would show a rather disheartening state of affairs between us citizens and their brothers and sisters.

Sure and that was a photo-op which is why my 2nd post in this thread asked what was wrong with calling it that.

originally posted by: Puppylove
There's literally nothing objective in that statement. It's clearly important to a lot of people, THAT IS OBJECTIVE FACT.


It sure is and also, and here is where you are getting tripped up, in the grand scheme of things, it is insignificant.

Sure and that was a photo-op which is why my 2nd post in this thread asked what was wrong with calling it that.

Maybe you should learn from the Governor who initially said that too.


I think, for the reasons I stated earlier, because it helped to shine a spotlight on Louisiana and on the dire situation that we have here, that it was helpful. I will tell you that I also appreciated the good phone call, the conversation that I had with Governor Pence, who was sincere and genuine when he called and we spoke for a long time on Friday morning about their desire to be helpful

You certainly need to follow someone's lead - as you are currently lost in the wilderness on this.

In that case blame the media, not Trump for actually acting and thus forcing the media to put it out there more.

The media is too busy propping up Clinton and attacking Trump to put real attention on Louisiana.

Fortunately there's away around that Media blackout. By Trump showing up himself created a bigger media splash than it was getting.

People don't have some magical connection to each other that tells them when bad # is happening somewhere. There actually does need to be a flowing of information.

And yes there was news on it before Trump went there, but it wasn't really prime time, and it wasn't really hitting all that much alternate media, nor creating the discussion that Trumps visit created.

The media sucks, Trump forcing them to put it back out there by his actions is a good thing.

Place your ire where it belongs, at the election obsessed media. Don't get mad at Trump taking advantage of that obsession to force the Media to actually show it.

I called it that on my own.

In the grand scheme of things this entire planet is insignificant. You can always raise the goal posts to infinity with that BS argument.

I called it that on my own.

Even the democratic governor realised what a complete idiot he was in calling this just a photo-op.

I'm just zooming out enough to take into account everything bring done in this particular situation. 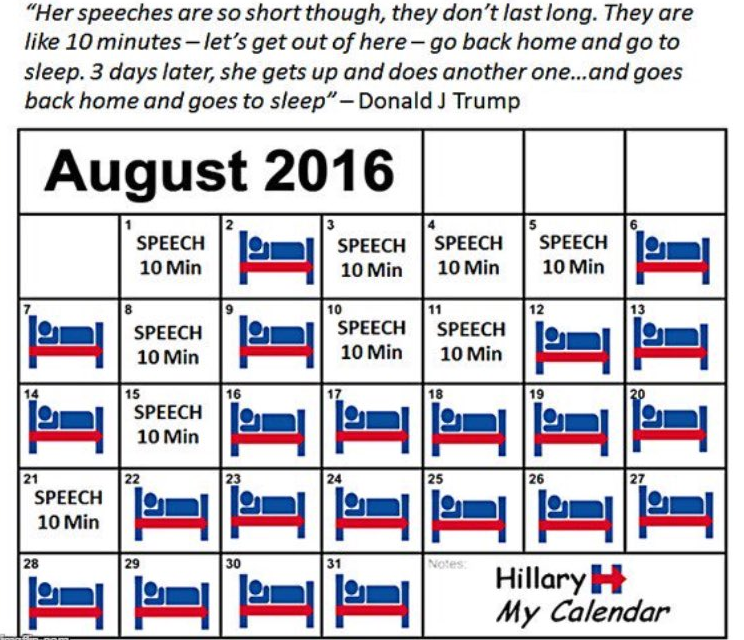 No wonder she hasn't got time to care about LA.