originally posted by: WhateverYouSay
The anger and sadness in this thread is justified.

I be quite honest I have posted numerous times on how cops react today compared to lets say 30 40 years ago. Having a gun is not a crime in itself and is not a death by cop crime anyway you look at it unless the intent to use it is there, but cops are willing to pull the trigger first then ask questions. As we saw with the 13 year old that had an air soft pistol get shot within a second of the cops pulling up to him and as in these recent two cases they all show an instance decision to pull the trigger when there really is no visual harm intent from the victim.

Is this due to poor training? lack of support and so cops are more solo? Hiring of incompetent people due to poor pay scales that better people would not work for? Bad neighborhoods where cops label most as bad because many are? I do not know the answer but it could be all are part of this growing issue.

I do think that cops mirror their environment and in places where there is heavy crime and violence the cops are much harder on the population there compared to better areas where cops are truly protect and serve.
edit on 8-7-2016 by Xtrozero because: (no reason given)

You know what I've never really bought into that stuff before but if all of those people end up being innocent bystanders I might make an exception.

I know one guy who was posted as a suspect has been cleared he was carrying a long rifle.

This guy just exercising his right to carry. 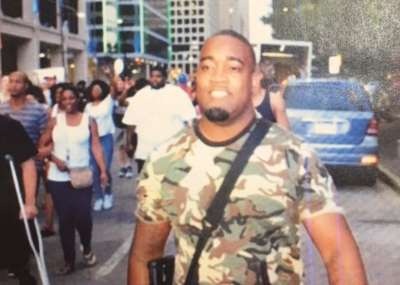 I'm talking about the guy that allegedly confessed in custody. 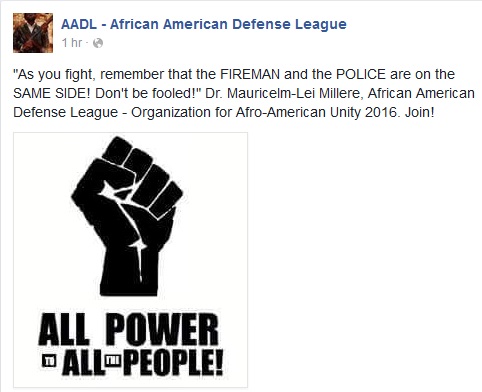 
Ahhhh... Firemen... The people who respond to their hood and help save their lives after they are shot... Seriously?

From the quick research I have done, in 86 years, the KKK has killed 3446 blacks. Each year 500 whites are killed by blacks, in ONE year. Who are the real evil racists? That divides into 35 per year for the kkk, 500 for black on white.


That’s a terrible comparison. I take it this is based on the USA across all states? So out of say 15 million black men, as an extremely vague guess as to how many would be combat worthy, at least one white person is killed every day by a black man. Not a fact, just a hypothetical scenario. That’s out 15 million people. On the other hand we have roughly one black person killed by the KKK every 9 days - but how many such people would be involved in those killings? In other words, every day there is one nutter out of 15 million black men who do something stupid but out of what is probably hundreds of white ultras it is per week rather than day. The latter seems far more systematic and systemic than blacks shooting whites as a matter of habit.

Please stop with the sensationalism.

The three in custody are not talking, the DPD are still not sure on how many shooters there were, I've seen comments on tv (i'm a Dallas resident) that say a lone gunman all the way up to possibly 4 gunmen. I have seen comments of 50 and 60 rounds fired at the police. It may take a day or two for the DPD to come up with some hard data, it's a large crime scene for them to process.

There have actually been 2 cops shot today....

OK I think I got my wires crossed and thought the chief was quoting someone they already had and not the one that got killed. I haven't slept at all and my brain got a little mushy after a transformer blew up and scared the crap out of me.

I am not sure if this black man who was shot by police if his shooting
is related to the Dallas shooting.It is reported that the girlfriend is now missing.
www.dailymail.co.uk... ur-times-reached-license.html

originally posted by: WhateverYouSay
The anger and sadness in this thread is justified.


Ohh God stop... He was not killed over a tail light. Truth of the matter is noone knows what happened, we only see the aftermath. Could be murder, could be miscommunication, we do not know.

His name is Mark Hughes and even though Texas is an open carry state you need to use some common sense on when and where you carry and carrying an AR-15 to a protest march against the police is probably not using common sense.

yeah thats what i find most interesting ,i know they have used armed police robots before but never heard of them basically making an IED to take some one out....not exactly the best precedent to be setting and the bulk of members dont seem to be talking about it


I am not sure if this black man who was shot by police if his shooting is related to the Dallas shooting.It is reported that the girlfriend is now missing.

that guy is one of the ones the protests are about.
and i don't think she is missing any more, i saw her on TV yesterday.

I can understand that, i watched the local fox channel until 4am and their reporting was very confusing.

originally posted by: Domo1
a reply to: CynicalMark

OK I think I got my wires crossed and thought the chief was quoting someone they already had and not the one that got killed. I haven't slept at all and my brain got a little mushy after a transformer blew up and scared the crap out of me.

I'm going to say what I got from the Dallas Police Chief himself: 1 shooter dead. 1 shooter in custody that admitted to doing some shooting himself. So TWO shooters. He stated this during the press conference. This is not a 'lone gunman' attack. I believe Chief Brown, who says the suspect in custody also took some shots.

I'm not letting any other news source tell me anything else.

originally posted by: Domo1
a reply to: Kali74

They're both hate groups with black membership. Seems to me the comparison is pretty fitting.

Black Panthers are not a hate group, they are a defunct group now but were a black liberation group back in 60s. New Black Panthers (NBP) is hate group there is zero affiliation between the two, NBP stole the name and BPs manner of dressing. Surviving member of the Black Panthers have denounced the NBP:

The Black Panthers formed one of the most influential resistance movements in all of US history. Today, however, some right-wing groups have tried to exploit this legacy to advance ultra-nationalist causes that directly contradict those sought by the internationalist, intersectional, revolutionary socialist Black Panther Party for Self-Defense.

The Dr. Huey P. Newton Foundation—self-described as the “guardian of the true history of the Black Panther Party, … which includes former leading members of the Party”—has explicitly condemned the so-called “New Black Panthers,” in order “to correct the distorted record being made in the media by a small band of African Americans calling themselves the New Black Panthers” and denounce “this group’s exploitation of the Party’s name and history.”


Ahhhh... Firemen... The people who respond to their hood and help save their lives after they are shot... Seriously?

Why are you assisting these freaks in spreading their message by plastering their FB everywhere?

You do realize that the page has under 200 people that follow, right?

The image you linked has nine comments, in which the top comment is calling the admin of the page an "ignorant asshole."

Don't let reading get in the way of your propoganda.


Promoting the obscure and crazy outlier as if they represent the entirety is the pillar of race propaganda..