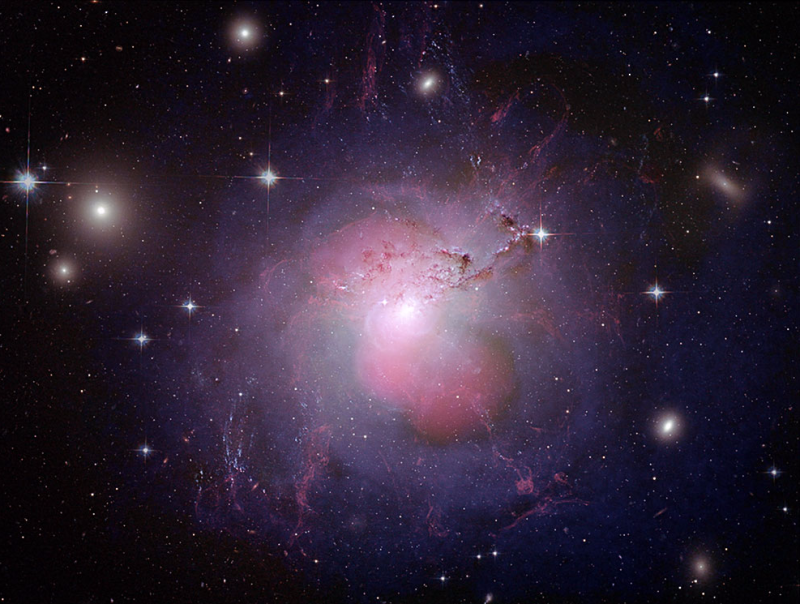 "I couldn't believe my eyes," said Esra Bulbul of the Harvard Center for Astrophysics in July of 2014. "What we found, at first glance, could not be explained by known physics." Together with a team of more than a half-dozen colleagues, Bulbul used Chandra to explore the Perseus Cluster, a swarm of galaxies approximately 250 million light years from Earth. Imagine a cloud of gas in which each atom is a whole galaxy—that's a bit what the Perseus cluster is like. It is one of the most massive known objects in the Universe. The cluster itself is immersed in an enormous 'atmosphere' of superheated plasma—and it is there that the mystery resides. "The cluster's atmosphere is full of ions such as Fe XXV, Si XIV, and S XV. Each one produces a 'bump' or 'line' in the x-ray spectrum, which we can map using Chandra," Bulbul explains. "These spectral lines are at well-known x-ray energies." Yet, in 2012 when Bulbul added together 17 day's worth of Chandra data, a new line popped up where no line should be. "A line appeared at 3.56 keV (kilo-electron volts) which does not correspond to any known atomic transition," she said. "It was a great surprise." 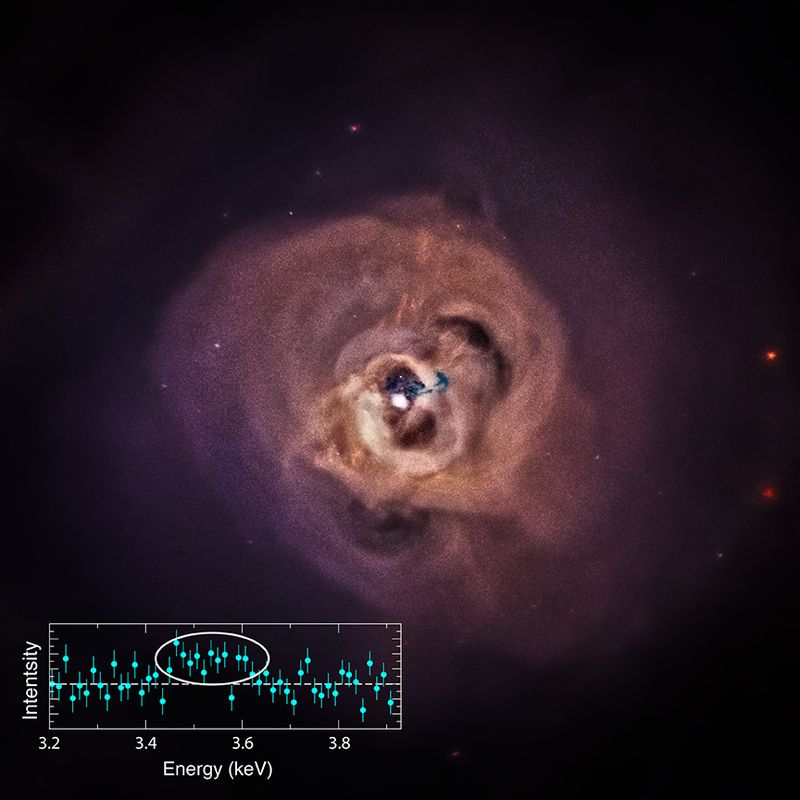 An accumulation of 270 hours of Chandra observations of the central regions of the Perseus galaxy cluster shown above reveals evidence of the turmoil that has wracked the cluster for hundreds of millions of years. One of the most massive objects in the universe, the cluster contains thousands of galaxies immersed in a vast cloud of multimillion degree gas with the mass equivalent of trillions of suns. Enormous bright loops, ripples, and jet-like streaks are apparent in the image. The dark blue filaments in the center are likely due to a galaxy that has been torn apart and is falling into NGC 1275, a.k.a. Perseus A, the giant galaxy that lies at the center of the cluster. (NASA/CXC/IoA/A.Fabian).


In short, it appeared to be real. The reality of the line was further confirmed when Bulbul's team found the same spectral signature in X-ray emissions from 73 other galaxy clusters. Those data were gathered by Europe's XMM-Newton, a completely independent X-ray telescope. Moreover, about a week after Bulbul team posted their paper online, a different group led by Alexey Boyarsky of Leiden University in the Netherlands reported evidence for the same spectral line in XMM-Newton observations of the Andromeda galaxy. They also confirmed the line in the outskirts of the Perseus cluster. The spectral line appears not to come from any known type of matter, which shifts suspicion to the unknown: dark matter.

(An hour on cluster galaxy's worth a watch )

originally posted by: 0bserver1
Is this another wow signal ?

Not a wow an mmmm "what,s that"

ETA: This is what they believe it to be:

According to theory, a well-motivated warm dark matter candidate – a sterile neutrino – decays into an active neutrino by emitting an X-ray photon in the keV range. This X-ray photon can be detectable through X-ray spectroscopy. We found that our results indeed were consistent with the theoretical expectations and the upper limits placed by previous X-ray searches.

I added a podcast from 2016 an interview with Esra Bulbul