If they hoaxed it I'll box their ears in.
They are OK to have the image viewed by experts to prove no manipulation was done.
Have at it naysayers


PARANORMAL experts have photographed what they believe to be a female ghost at a Devon museum.

The image, taken in the Egyptian room at Torquay Museum, appears to show a veiled woman.

It was taken at the weekend when a public ghost hunt was attended by 25 people plus five members of the Silent Voices paranormal investigators team. They all stayed in the museum overnight and say they were left 'completely gobsmacked' by what they discovered.
Last October fingerprints appeared on the inside of the mummy case in the same room. The museum has the only Egyptian mummified human in Devon.

Last May a picture showing a woman appearing from the floorboards in the Egyptian Room was also captured during an overnight ghost hunt.


Sally Mason, of Silent Voices, said: "What we found at Torquay Museum was absolutely mind-blowing.

"It has got be the best evidence we have ever captured in the whole of the UK.

"The photograph has not been altered at all, if you look closely there is so much detail, you can see her clothes, her buttons, her facial expression – she is looking right at the camera.

"Our photograph may be the same woman who has been photographed at the museum before."

The group also witnessed cameras moving by themselves, sensor lights being turned on and off and loud bangs. 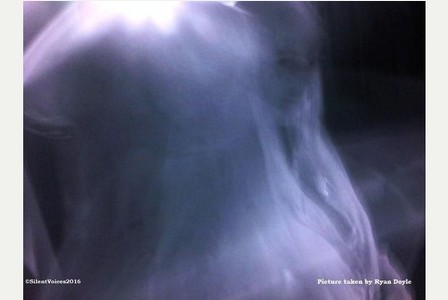 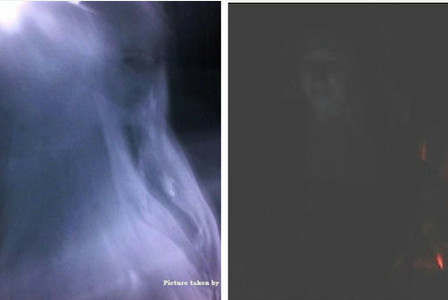 How does one become an expert in something as yet unfound?

OOO where do you see that? Can't see them

No idea, they used an all spectrum camera, why you ask?
Why not?

posted on Apr, 1 2016 @ 09:02 PM
link
a reply to: zazzafrazz
if you look closely you can see the earpiece on the side of her head.
follow that forward towards her eyes and it looks like glasses.

zoomed in , still not seeing it, maybe if you get chance highlight where you mean.

posted on Apr, 1 2016 @ 10:20 PM
link
the more i look at this picture [if real] it appears there may be
two ghostly images. the first one appears close to the lense, looks like a head with long hair.
face is not visible, but behind that image is the face you see.
perhaps the head in the foreground is looking at the face in the background.

To the Egyptian's there body was sacred even after death, it was protected so that the disembodied soul, the Ka, would have a home to return to and so that it would not forget whom it was as they believed that was the real danger of the afterlife, forgetting who you were which is also why the Egyptian pharaohs tried to immortalize there name's.

I believe this is a good spirit or at least benign and I feel sad that she has been so upset though so far she seem's gentle but maybe she has woken or returned to do good and also maybe she know's of the turmoil back in Egypt her homeland which is now so far from were her body has been taken but whatever the reason I pray she find's rest and that the mercy of the lord and his light be upon her.

If there are any priests they should pray for this lady that she find peace and that she be protected from the evil that would surely seek to do her harm but given the fact she is still around I assume she is a pretty strong willed person and hope that she will forgive the offence of her body being put on display like a relic, it should be treated with the respect it deserves as a person not a thing.

If a film can capture it, this means there must be photons.

And that means, physics must be involved in this game, in a way or another. There is something in the thread of existence, which has escaped our attention, and instead of looking at the facts as they stand, we rush for superstition.

Entangled photons, Casimir forces/particles ... there are hints where this could lead. And that would be a thriller.

Nice find. Is anyone else seeing a man in the main picture? Feel free to zoom and expand the photo and I think that some here may agree with me. It is a he ghost. That is if it is real at all. Great picture either way but if it is real......well, then I am more impressed.

Is that a ghostly female chest and nipple I see or am I merely a dirty-minded old man?

Silent Voices ghost hunts, they are selling tickets. So given they're trying to sell us something this picture could well be a fake designed to drum up lots of advertising for their business.

I can't see any supporting evidence or details about how they took it, or other shots on the reel. Or indeed that mysteriously missing video footage.

Now you know why I'm into Ghosts. 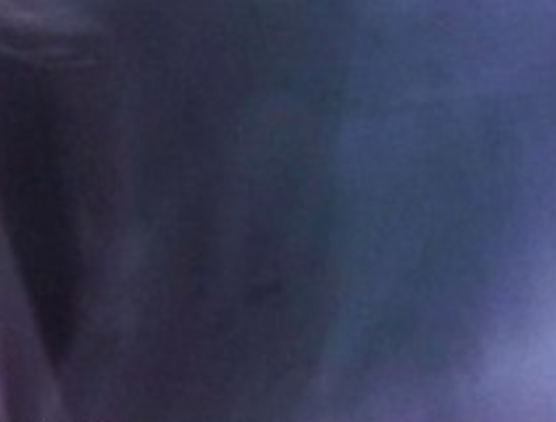 here's the location in relation to the veiled woman. 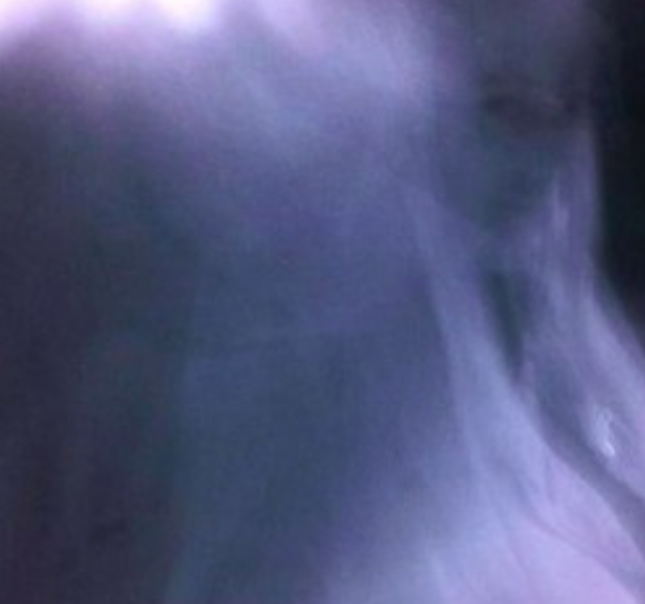