OK, I really want to talk about racism from a personal level

posted on Jan, 18 2016 @ 02:42 AM
link
I am a white girl with olive skin. In the summer I can get really dark and I have lived at the beach my whole life. Living in Southern California. we have great weather and can stay tanned most of the year. As a woman I have went through many different hair colors. I have been every shade of blonde, brown, and even went through a period where I dyed my hair full on black. I have blue eyes and thought that would be fun. ok....

Well tonight on a poker site I play on regularly, there was girl I was playing with on one of the tables and she made a comment that: "You are black ewwwwww". First of all I thought: Really??? And then I told her I was a white girl with a tan and good hair. After I said that, I felt like wtf??? Then I felt bad for defending myself as a white person and not confronting her with her idiosy. I quit playing poker and haven't felt good since then.

It reminds me of another time when I was coming out of the hair salon with dark brown hair and dark skin with my son. I was trying to cross the parking lot with my son and some old white women yelled at me out of her car window, "Go back to Mexico". This was in San Clemente CA, the most liberal place in South County.

This was a few years ago.

Really, has it come to this.

posted on Jan, 18 2016 @ 03:05 AM
link
This maybe the weirdest case of racism I have heard.
That girl you were playing poker with and that old woman were both awfully stupid - but that's the thing with racists, they are really really stupid people.


While being 100% Austrian and looking nothing like a Croatian, the first language of my parents is croatian since our ancestors moved here a few hundred years ago. I love to approach people in public which made racist remarks, my appearance and mixing two languages always baffles them and leaves them hanging in starring


I never got racism, most stupidest thing on our home planet.

haha that is cute. What is appalling is the racism that is "just under the skin". Someone gets pissed off and that is where they go.

posted on Jan, 18 2016 @ 03:11 AM
link
My family is quite dark...My granddad was in hospital in Calcutta after a bout of malaria back in the 40s, A doctor asked him for his address and when my granddad told him, he said "You bloody Anglos are all the same, trying to pretend you are English."

He went back there a few months later and had a chat with the doc.


It doesn't matter where you go or what you look like, someone will always be an idiot.

Ironically, a zero tolerance approach to intolerance, is often the most effective response, especially when you can back that up with your own intellect, and if necessary, the ability to wreck a persons hyoid bone in one swift motion.

I wonder where she tells Native Americans to go? 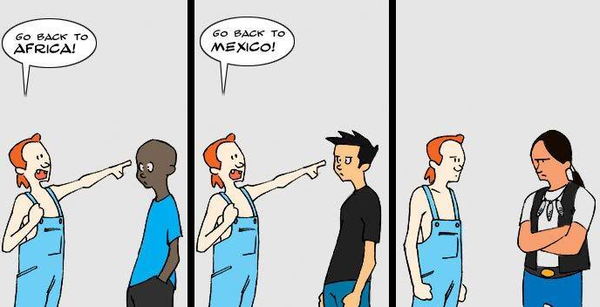 Telling people to “go back to Mexico” is also totally ignorant of history since the entire southwest was stolen from Mexico... 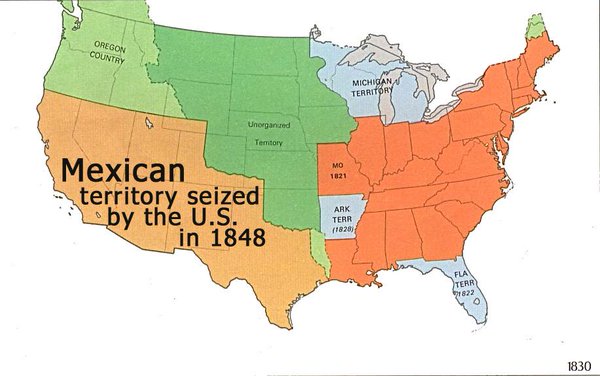 Things get even more confusing when you look at the fact that Spain stole Mexico from the indigenous peoples who lived there. 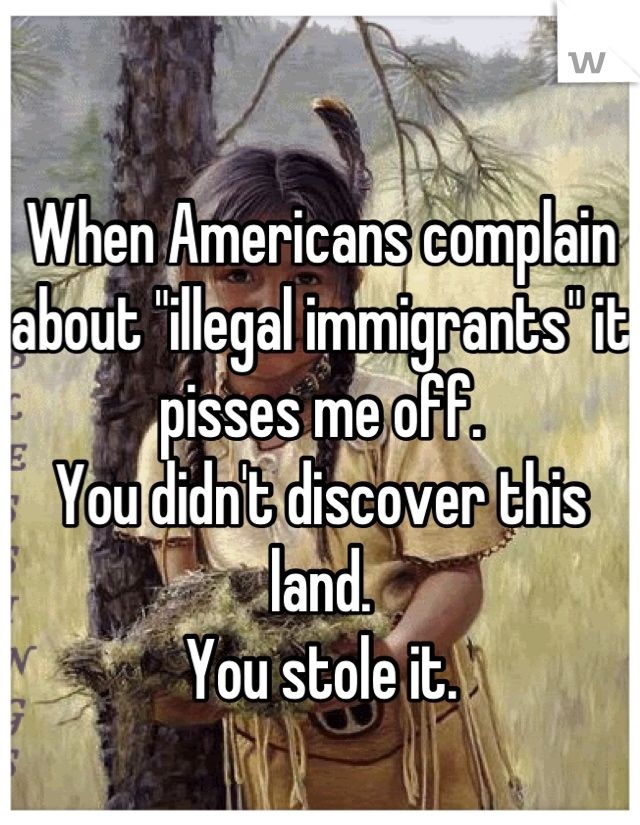 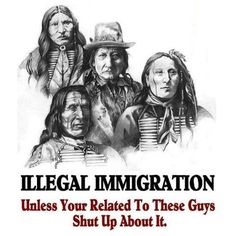 I would not normally resort to any form of violence, or the threat of it, but the fact is that when dealing with racism, you quickly realise that the more racist a person is, the more incapable of reasoned debate they are. This means that you cannot reason with them, to induce them to think about their position from an alternative point of view, and that, therefore, they are unlikely to cease their witlessness, and will continue to pollute your mind with it.

Therefore, making it temporarily difficult for it them to breathe, unless they happen to have been intubated, is a solution which both prevents them from continuing to violate your mindscape with their toxic effluent, and also means that the chances that they will come back at you are much reduced. Its a win-win.

posted on Jan, 18 2016 @ 03:37 AM
link
I have a sort of reactionary hatred towards racism (against any color, whites talking crap about brown/black, blacks talking crap about white/yellow, etc). It truely is the pinnicle identifier of someones low mental capacity to judge someone based on how much light reflects from a skin..

What specific tone does one go from eww to perfectly fine good wholesome human being to these sludgemonsters anyhow. I want a swatch chart and have them point exactly on a scale of 300 colors which color is the watermark
morons.
grr

Now, I do find hating specific cultures to be fine. I personally dont like the thug hood culture of the ghettos. I also am no fan of "hick" culture, etc...culture can be predominently something, the hood thing has tons of black dudes, hicks have white, but its not the color that disgusts me, its the mentality pushed here. they can grow out of it luckily, but it wastes many years and many lives improving pretty much nobodys situation.

originally posted by: GrantedBail
a reply to: Mandroid7

haha that is cute. What is appalling is the racism that is "just under the skin". Someone gets pissed off and that is where they go.

Not trying to be cute, It is actually kind of funny.

The world is full of all kinds of bullies and punks. You gotta be quick on the draw and shut em down.

Like... "Actually, I'm white, but didn't I seee you on the news? Yeah, that's right, you were in the walmart fighting with that chick, trying to get your kid to hit her? Man that's just wrong."

Or whatever funny degrading thing you can think of. Racists are generally ignorant. Your reaction gives them power, that's the outcome they are looking for, either learned behavior or just to make someone feel as bad as them.

You can't make everyone like you.
No matter what you look like, someone will always be keen to not be around you.

Giving them a slap for not liking you is a bit mental. If they are rude to you and yours, fair enough, but not for just not wanting to be in your company.
Hell, if you actually did that for real, your fists would wear out and you'd obviously wind up in nick.

posted on Jan, 18 2016 @ 04:01 AM
link
You were attacked. Like most people you responded instinctively. You countered with the closest thing to hand which you considered to have power: facts which negated the attack.

Upon consideration you came to an understanding of the matter which worked at a much more fundamemtal and, for you, morally agreeable level.

Good on you. Don't feel bad: when the heat of the moment had passed you considered and learnt from the experience - that's what people who are good at being people do. Too many times people bemoan the previous step on which they stood in life, regret too hard an inoccent ignorance (ignorance in it's natural form, not comfortably distorted through personal motivation) and yet if it were not for that step we would not have moved up onto the next. That is where we were and that is what aided us in progressing; it is only from our new vantage point we have a better view from which to survey and consider the world.

Your writing here seems honest and your conclusion morally laudible. I have many have regrets over my lack of understanding in the past and I'm sure there are other regrets waiting in my future. If those regrets are embraced honestly though and with purpose it seems to me that the only reason to feel bad is if I intentionally hurt people then or, for selfish reasons, deny new understandings and so refuse to work on being better next time. You didn't move to hurt anyone and then even took pains to work on yourself. A certain level of regret over your initial response may be a good thing: symbolic of who you are and who you want to be. Honestly embraced, truly so through an attempt to learn, (more than just a poor excuse to assuage guilt and/or refuse personal responsibility over a matter) that seems enough to me - there is no need to feel bad. Slowly at times, perhaps slower than we might like, but nevertheless ever upward - is this not all we can reasonably strive for?

You did not shirk this off, did not just happily (and oh-so-easily in this particular instance) cast responsibility onto the shoulders of others. You worked on yourself, on your understanding. That we should all take such a position in honesty then the world would be a nicer place.

So, nice GrantedBail. When you're ready I hope you enjoy poker again.

I do not mind people not liking me.

I am very much used to that. But racism is something I cannot abide. I am a white, British person. If I see racism and intolerance, I consider it my duty to ensure that it is countered, in whatever manner seems most likely to effect is cessation.

Do you mean seeing someone act on what they are feeling, such as giving someone hassle cos of their race, attempting to attack them or just being abusive or do you mean if you see someone that you think of as racist?

Coos the first one I understand, the second, not so much.

I make a point of not judging people, but actions. Certain actions require a response. Others do not.

I can't help but wonder if the comment "You're black, ewwww" wasn't a commentary of your tan?
Like, not that she thought you were african american, but that, like many americans in the last ten years or so, she has a habit of being outspoken about the dangers of tanning and trying to "shame" people for being tan...?
I've heard them refer to a very dark tan as being "black" (as in carbonized by the sun).

I first noticed that as a big "thing" when I went back to Calif. (my native home too) about three years ago. It was cool to put down people who were tan...and allowed because that is a choice, not how one is born.

On the other hand, the Go back to Mexico thing is ironic as someone else pointed out, but unfortunately, it seems, from where I am anyway, the extreme polarization happening in the US in politics as well as everything else, means there is a large portion of the population for whom such racism has somehow become acceptable.

I have family members who used to be left winged hippies, but after 911, turned into right wing christians who blather on loudly about immigrants and welfare mothers, blacks and mexicans. It is really horrendous.


there was girl I was playing with on one of the tables and she made a comment that: "You are black ewwwwww". First of all I thought: Really??? And then I told her I was a white girl with a tan and good hair.

Maintain the moral high ground mate and brush these events aside, you can't fix racial stupidity - you can only be aware of it when it rears it's ugly head and react to it with rectitude.

edit on 18-1-2016 by Sublimecraft because: shortened my reply