Definitely sounds like personal opinion which is ok with me but you should have put this in the rant section.

"Taxi cab drivers drug dealers and pimps will be high on this list,and most are one and the same... "

? Seriously??
I'm not seeing the connection with Islamic terrorists here....

To Aqua, why you getting so butthurt man?

To the OP I say my comment was never an anti- speculation comment. All theories usually come from some sort of open minded insight but if it was a post founded on sources I would of been interested in educating myself that is all.

"Taxi cab drivers drug dealers and pimps will be high on this list,and most are one and the same... "

? Seriously??
I'm not seeing the connection with Islamic terrorists here....


Same here, thought it was just me...

That's why I made sure to put it in there...

Most of these are Somalians...

I never said all taxi drivers drug dealers and pimps did I?

You need a lift?

But haven't they always? * shrugs *

We will do nothing, say nothing, plan nothing really. Oh, we will puff out our Obamic chests, and then...nothing.

I could say you are right, it's right where I left it...

But then again... it's already been around the world...

originally posted by: RevolutionAnon
a reply to: Aqualung2012

To Aqua, why you getting so butthurt man?

Because you don't responsibly issue a "GLOBAL ALERT!!" based on a hunch, no matter how obvious the hunch may be.

It really undermines the intelligence of all the members on this site (granted they hadn't already done so themselves,) to post something like that under the guise of "actual information" versus "educated speculation." That's exactly what this is.

The OP wants this idea to sound heavier than it actually is by trying to seem "in the know." It's already been moved by the moderators into the "ATS Skunkworks" forum for that very reason. The OP has no authority, and can cite no authority in regards to their claim. What separates us from other "conspiracy sites" are the standards for posting that ATS requires. For the most part: people either know better, or they quickly learn what those standards are.

I just wanted to know how the OP knows what they are saying, but instead of trying to work with us: he/she would rather play the "I could tell you, but..." game and that is crap.

Either way, I don't disagree with what the OP has said, but I don't appreciate the ambiguity. It diminishes the effect of posting anything at all.
edit on PMq000000pmFriday00000011820 by Aqualung2012 because: (no reason given)

you just are not important enough to know how I know...

I can tell you the meeting has been postponed and moved to a diff venue and will be a secret event...

Sadly this is because of numerous threats made today world wide...

And oh ya I didn't issue the Alert silly...

That's why I made sure to put it in there...

Most of these are Somalians...

I never said all taxi drivers drug dealers and pimps did I?


No, I just never knew a connection between terrorists and cabbies is all.

Yet you titled your thread "Global Alert!!" Hm...

I'm not going to believe you later, I'll be believing myself and others who have been anticipating it for years now, doing real research and considering multiple angles.

Meanwhile, your credibility is literally laughable.

Have a good day, I'm done with this joke of a thread. It's not important enough to warrant any more of my time, especially considering the state of things as of this hour.

That's ok I made this thread as a blanket statement for all...

I guess my Intel should have informed me of your self importance...

Alpha went live not long after these events began...

Have to agree with you, had you or me done it this would have been 404ed, lol, Ok, the basic common sense in the ZOP was well worded, give the OP that.

Edit to say: Op 'is' the credible source... of course of course. 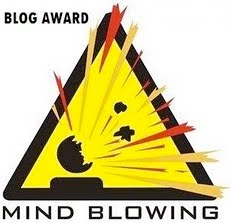 I get where you are coming from man. I dont think retaking Flags and getting angry is the way to go though

You never know the OP could be proven right tomorrow for all we know, we live in a crazy world these days.

New here in RATS forum, there is one of my favorite all time threads by one of the owners about a Cab Driver, it haunts me to this day.

originally posted by: 5StarOracle
World leaders will be meeting soon to plan an end to Islamic terrorists...

They may meet... but no serious discussions about seriously addressing Islamic Terrorism will take place.