The PSYOP Show: Who here thinks the media is propagandizing the news though selective reporting?

posted on Jun, 24 2015 @ 04:18 PM
link
Who here thinks the media is propagandizing the news though selective reporting?

What if the "Technocrat North America central planning office" aka "the globe-zi's" aka "the globalists" are using racial tensions to control us through emotion instead of logic and reason? The globalists are changing us. Molding us into what they want us to be. Fearful,irrational, and inhumane. Its like some form of demonic social alchemy. Turn the innocent populace into fear dominated drones.

Look at the subtle programming that is flowing from the mainstream media. All "Us vs Them" programming. The outsiders are different so they deserve to be subjugated and destroyed. Force for force sake. Might makes right. We are all falling for this race psyop. I can't blame the globe-zi's the race psyop is very effective. Wash rinse repeat. They are attempting to demonize the gun owner as racists,terrorists,murderers.

Obama the psychopath is pretending to be emotional over the church shootings. He doesn't care about them lol. Seriously he uses the n word stategically to incite division. Its just a political tool to him. But I have to say Emperor Obama I is doing a really good job for the globalists.
He's a more effective George W. Bush.

originally posted by: John_Rodger_Cornman
Who here thinks the media is propagandizing the news though selective reporting?

Everyone should. If you don't you aren't paying attention.

I've been on the front line when it comes to these matters and I have personally had many hours of work rejected because it didn't suit a particular agenda. Nowadays I just shrug it off as 'the way it is' but why should it be?

I'm working on something at the moment that I hope will get published (purely for its sheer scope) but I will not be surprised if it gets shunned as it could potentially damage the big corporations who own and operate the various publishing houses I've approached.

Absolutely. The TPP/TISA is the cherry. The corporate media was very quiet until the HOR pressed pause. Then it was dead. Now it's a done deal. Traitors.

The Op's going on just before the US elections are massive disinfo designed to utterly confuse you. What are they trying to hide?

After the outbreak of WW1, the US government banned any news stories that were critical of the war objectives.

First things first they cater to the needs of the market.

So that's where the average persons head is at.

Secondly they spin the stories to fit their agenda.

Thirdly trauma based mind control. Keeping people in a state of fear and stress distorts their thinking and makes swaying their opinion easier.

Who here thinks the media is propagandizing the news though selective reporting? 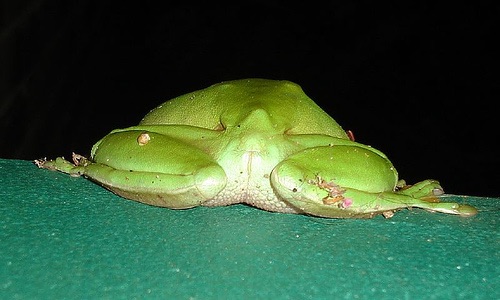 posted on Jun, 24 2015 @ 04:36 PM
link
It's entertaining to see that most people believe revolutionary breakthroughs have humble and innocent beginnings. At inception, a great many of ideas birth are more sinister intent, than taken at face value. Sure, useful peripheral science branches from these innovations, but they're just the icing.

Anytime a new technological game changer, froths to rim, think of nuclear energy, and her bedfellow the A-bomb. Idolic image.

posted on Jun, 24 2015 @ 04:43 PM
link
The media just keep churning out all this "gun owners are evil" and "we are all so insensitive and bigoted". Its like Newspeak or something. They keep distorting and redefining the language and information until it has no meaning anymore.
We where never at war with extremist jihadist Islam. We where always at war with extremist jihadist Islam.

I am experiencing it all the time, even as I try to avoid it... All the time..
I am standing strong for no other reason than that's what isn't wanted of me..

You may see my avatars change and I may go offline for a bit.. Anyway.

I made a post in the a thread about Obama.. It was about Loving black people. And loving white people.

I love all you guys.

You never have to fear me.
I am a bridge builder. Sort of like my grandfather in WW2.

Some ideas that come into my mind are things like block parties, garage sales... Community events.. But make them where different "looking" people can all be together at once..

I'm still figuring this all out, but these little effs, are not gonna get fear to rule. It's about that LOVE.
We will not destroy ourselves. We are not on our own. We are not lost in the wild. We don't kill on their command..
We ask questions. We Love each other. We win.

Turn off the TV.. ATS has all the news you need, and then some.. And we get to put it into proper context on ATS.. Don't listen to sound bites, biting out your conscious mind's attention span.. Long form.. Learn talk write.. It's our right.
No TV. Very least no TV entertainment News.

It's really hard to put a accurate % on how much it does but to think it doesn't would be foolish . Just as a few examples "

100,000 March in London - Media Covers It Up
Here’s how the media works: as thousands march against austerity, the BBC focuses instead on new-age rituals Author of the article below, rellying on a Guardian estimate says 50 thousand people marched in London. Other estimates vary between 70 and 150 thousand and the organizers have said the number was 250 thousand. - That’s in London alone, there were also demonstrations in Glasgow, Liverpool, Bristol and elsewhere across Britain.
This article originally appeared atOff Guardian russia-insider.com...

Greenwald: Putin's 'Trolls' Are No Match for UK's Internet Manipulation Program
NSA files published by Greenwald expose unit within British intelligence that plants stories, sets up bogus sites and plants comments on the Internet in a far more systematic way than anything the Russians are accused of. It has become almost an article of faith in the Western media — especially the British media — that the Russian government (or “Putin”) employs a huge troll army to plant pro-Russian and pro-Putin stories on the internet. russia-insider.com...

'Russian Aggression' - CBS Provides a Perfect Example of Imperial Disinformation
For CBS history began yesterday when Russia conducted military drills in its border areas thus justifying a massive NATO build up in Eastern Europe
The part where the US before that conducted its own drills and helped install an anti-Russian government in its key neighbor Ukraine never happened
Everything—and I mean that literally—everything in this item filed by CBS This Morning on 6.23.15 (below), is false. The object is, as usual, to sell the almost completely clueless and habitually semi-indifferent American public the idea that Russia is the new Nazi Germany, with Putin as the new Fuhrer, rampaging across Europe and grabbing, insatiably, one hapless nation after another in his march toward the conquest of the…whole Free World! russia-insider.com...

'We Just Publish the Position of the British Government' - Sunday Times on Snowden
That’s journalism for you nowadays - just publish the official line of your government as fact. Evidence? Who needs evidence

The prominent front-page story was titled: ‘British spies betrayed to Russians and Chinese; Missions aborted to prevent spies being killed’. It sounded like an exciting plot for a James Bond film. And the first line was suitably dramatic:

‘Russia and China have cracked the top-secret cache of files stolen by the fugitive US whistleblower Edward Snowden, forcing MI6 to pull agents out of live operations in hostile countries, according to senior officials in Downing Street, the Home Office and the security services.’ (our emphasis)

What followed was a series of assertions from faceless sources, backed by zero evidence and outright falsehoods. Watch this short interview edition.cnn.com...
russia-insider.com... ‘The interview is quite extraordinary because it makes absolutely clear that not only was this entire dubious story based solely on claims made anonymously by government officials, the reporters who regurgitated the claims did not even seek to question the veracity of the information. They just credulously accepted the allegations and then printed them unquestioningly. That really is the definition of stenography journalism — it’s shameful.’

And last but not least it can be understood in this piece .The West’s Moral Panic Behind The Threat Of Radical Islam
By Scott Burchill www.informationclearinghouse.info...

link to media lens that puts out alerts www.medialens.org...

News comes on everyday..
You want to compete you have to say everyday that the news is garbage.

Thats just awesome~!!!
Doesn't a phd to fisgure this one out, now does it lol

originally posted by: Shamrock6
I'm surprised you felt the need to ask?

OP i just have to look away