Spirit Rover anomaly. The ONLY anomaly I find of any interest on Mars....of true interest.

The pink rock is in the background, on the blue outlined rock I have highlighted areas in orange they look like raised over exposed areas in the picture, the black areas next to the orange areas are the shadows of the raised orange areas.


originally posted by: wmd_2008
ATTENTION all Breaking NEWS the following image shows objects that are NOT what they seem. 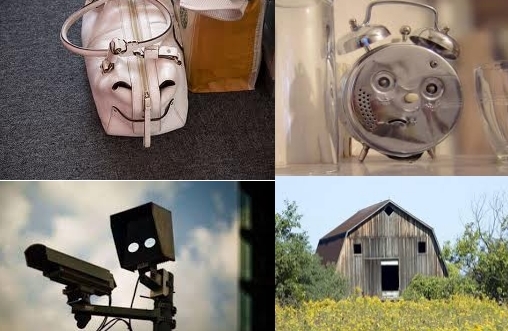 They are not the everyday objects they seem,
they are TRANSFORMERS ROBOTS IN DISGUISE

QUICK RUN FOR THE HILLS WHILE YOU STILL HAVE A CHANCE

We're looking for past evidence of civilization or life on Mars...sort of like Archeologists. Would you post that picture in an Archeological forum? How else to proceed other than post anomalies and discuss them? Wow.

Discussing an ambiguous picture of an object that may look a little like a skull is NOT Archaeology, especially considering that it could just be a case of pareidolia.

Personally, I don't think the object is symmetrical enough to be a skull. It looks to me that the "skull's" left side (the side on our right) is higher than the right side of the skull. If the "skull" were placed upright and facing us, its "left eye socket" would be protruding farther forward than the right.

Archaeology takes many forms. One of the more recent ones is using Satellites. It is valid archaeology or paleontology and many other scientific disciplines to investigate and dissect pictures. You should do some research on what Archaeology is....especially in this modern era.

If my hypothesis is that there might have been evolved life on Mars, my only way to prove this is to study the evidence that we have ...mainly pictures. When we see something interesting, we discuss it and dissect it. That's how it works.

I'm sorry you don't agree with our/my hypothesis but acting as if you know for certain is no way to deny ignorance.

Taking your post a step further, it may be a rock, a statue, artwork, a helmet or a skull and with perhaps millions of years of wear and tear on it. Even if it's just a rock, it probably looked very different, thousands of years ago.

yes , the form of pareidolia created by more than one object, thier outlines , shading and shadows , culminating to create the perfect insidence in the right mind

or is it the other way around ?

you mean this one ? 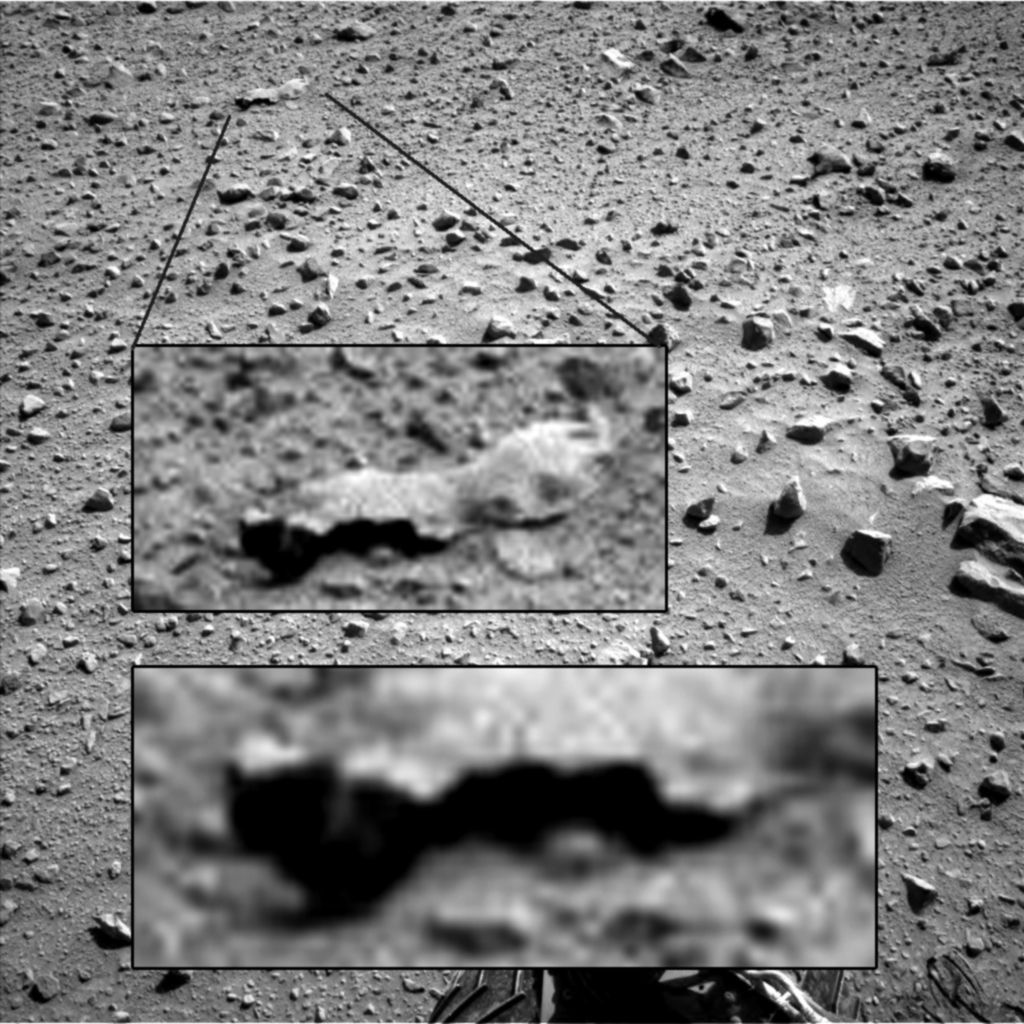 ahh, ill need diagrams to understand what you mean unfortunatly ... do you mind ?

originally posted by: amazing
We're looking for past evidence of civilization or life on Mars...sort of like Archeologists. Would you post that picture in an Archeological forum? How else to proceed other than post anomalies and discuss them? Wow.

I strongly suspect this topic would be ridiculed in a real archeology forum even more severely than it is here.

ETA: the bottom line is that there are professionals analyzing these photos who have far more technical knowledge about what these images show than any of us here If they thought there was any possibility this was evidence of life they would in all likelihood have announced something. If they thought that but were trying to keep it secret, they wouldn't have posted the photo for anyone to see.
edit on 17-6-2015 by DelMarvel because: (no reason given)

you mean this one ?

ahh, ill need diagrams to understand what you mean unfortunatly ... do you mind ?

is this a exceptionally small ventifact then ? sluggy can be no more than 2 feet in length , 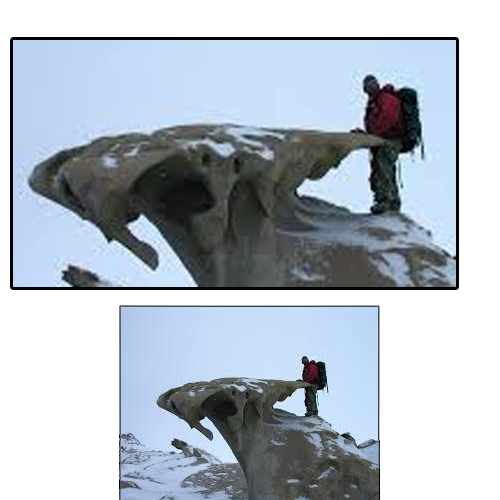 is this really comparable?


I guess it's because "it's probably a rock that looks like a skull" isn't very satisfying to a lot of people.

originally posted by: TheWiseDwarf
Also, what is going on with the rock vs no-rock arguments in the community lately? It has gotten to an extreme level. Everyone is just shouting ''it's obviously 'a rock'/'not a rock' and if you see something else in it you're insane'' in the last few weeks. Can't we remain open-minded anymore? (And open-minded does not mean ''if you see something else, you're insane'', like most of the people seem to think lately...) Just bring out your thoughts and don't force someone to agree with you.


I agree about the open-minded issue, but (and as you seem to be saying by the tone of your post) "open mindedness" is a two way street. There are so many people whose knee-jerk reaction is to say "OMG! That's a skull!" that by my thinking that it could be a rock is in fact being open minded on this issue. For everyone who says "it looks exactly like a skull", I like to point out that I think it is not as symmetrical (as skulls are) as some people think it is.

Even though at first glance it DOES look like a skull, the open minded part of me thinks that -- upon closer examination -- this could be a rock.

originally posted by: snypwsd
ITS A STORM TROOPER HELMET! LOL I knew tge force was real haha interesting find! a reply to: mblahnikluver

Sure -- you post this with no problem, but I make a similar post that gets deleted and generates a warning from the mods!

My post was a picture of Storm trooper John Boyega (from the SW:VII trailer) with a look of consternation of his face and with that caption "so THAT'S where I left my helmet!"

its strange , down at the anomolies thread we've been discussing these things for over 18 months now , and i cannot recall the type of behavior of which you speak , no belittleing , no personal attacks, yeah we've argued points and tryed to make sence of the geology and climate at which the rover is in , but its never come to hostility's.. it suprises me that seeing as you enjoy that type of casual ,jovial atmosphere, you havnt popped by so to speak

no redicule to be found there

You replied to me, but I'm not sure you meant to. I never said anyone was being ridiculed or belittled.

The point I was making is that open-mindedness works both ways. In some cases, it may be open-minded to take a good hard critical look at a picture that (on first blush) looks like a skull, but upon closer examination (and with an open mind) may be seen to possibly NOT be a skull, even though the knee-jerk reaction is that it certainly looks like one.

indeed , and in the thread itself this process of elimination has unveiled many an anomolie to be other than first pecieved

as for myself i tend to stick to geometry's that are defined by there material alone, as apposed to the previously mentioned multi-rock pareidolia .. although i did find one once of a painting of a seagul , a geometric shape that looked like a seagull and in the background what suspiciously looks like the shadow of a beak.. all in close proximity

3 in one shot seagulls 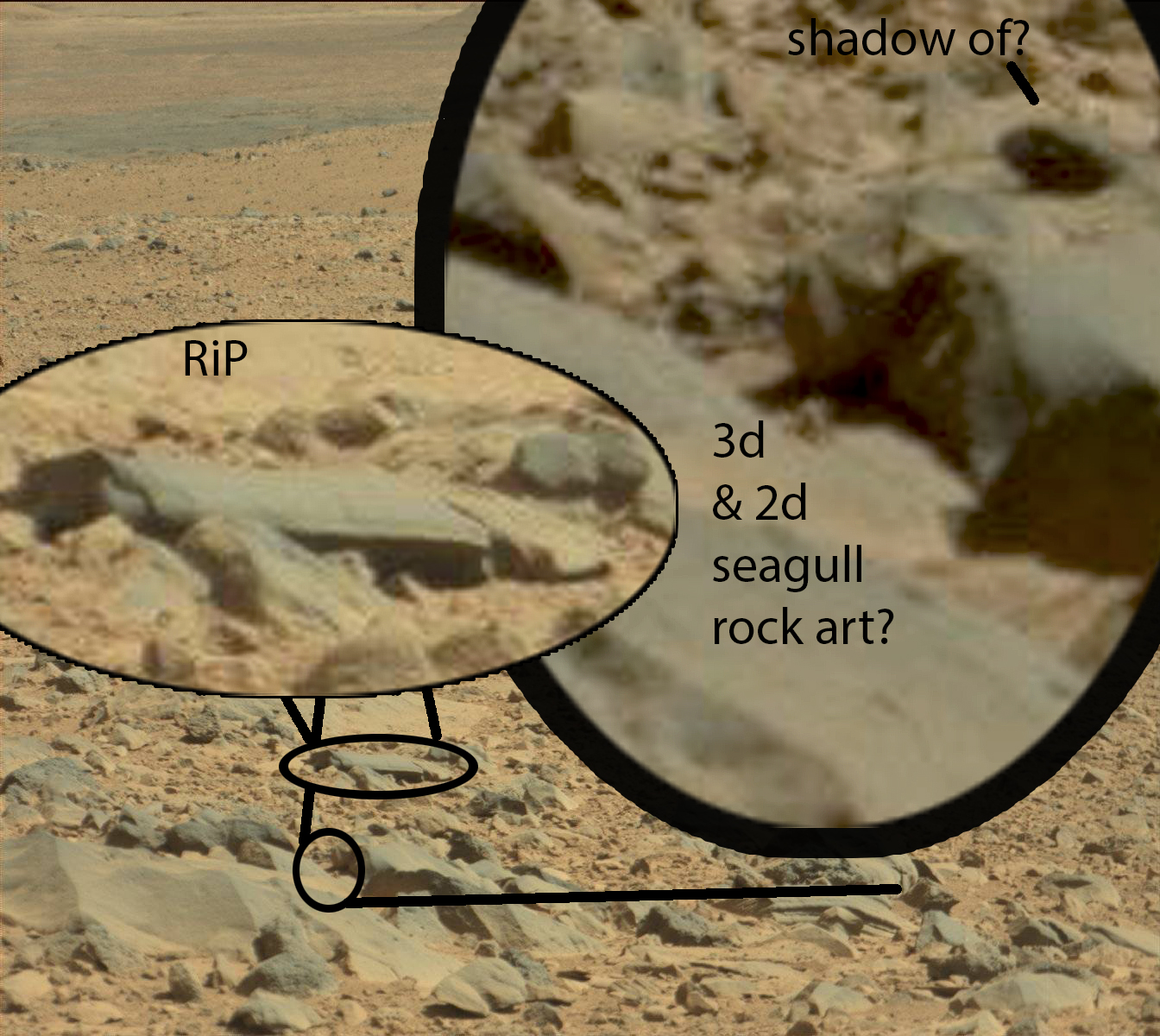 can you flick your mind to see all three? ... how many seagulls Soylent?

is this a exceptionally small ventifact then ? sluggy can be no more than 2 feet in length ,

is this really comparable?

Is this more to your liking 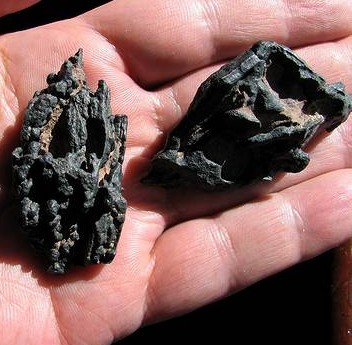 Or do you want an image of every size possible


Want to outline your seagull if you don't mind.

posted on Jun, 18 2015 @ 02:24 AM
link
I see a porcupine, a whale, a shrunken head, a Baboon facing away, a SETI satellite, and a miniature helicopter. I suppose I might be able to find more stuff in time...