Soda May Age You as Much as Smoking 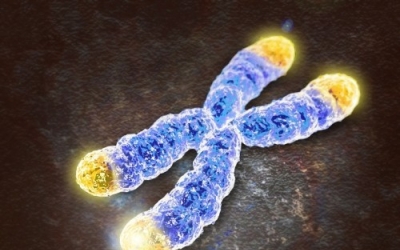 Nobody would mistake sugary soda for a health food, but a new study published in the American Journal of Public Health just found that a daily soda habit can age your immune cells almost two years.


What do you think? Is this study legit?

Thankfully, I have stopped drinking soda over a decade ago. I still like to buy some strong natural ginger ale sometimes. I just love the bite.

Epel and her team analyzed data from 5,309 adults in the National Health and Nutrition Examination Survey (NHANES) from about 14 years ago. They found that people who drank more sugary soda tended to have shorter telomeres. Drinking an 8-ounce daily serving of soda corresponded to 1.9 years of additional aging, and drinking a daily 20-ounce serving was linked to 4.6 more years of aging. The latter, the authors point out, is exactly the same association found between telomere length and smoking.


I also used to smoke. I rolled my own organic tobacco and I enjoyed it. I have been off it for almost a year now. Advice to anybody wanting to quit, switch to organic or addative free for a while before you give a try. I think you'll find it much easier.

Only the sugary, bubbly stuff showed this effect. Epel didn’t see any association between telomere length and diet soda intake. “The extremely high dose of sugar that we can put into our body within seconds by drinking sugared beverages is uniquely toxic to metabolism,” she says.

Everybody has mixed opinions about diet soda, but I think its just another ploy for beverage makers to sell their poisons to people looking to avoid sugary beverages. Little do they know the alternative is far more damaging to their bodies. Cane sugar is one of the few sugars your body can process naturally that is added to foods and beverages. Read your ingredient labels. Anything with high fructose corn syrup or solids should be put back on the shelf. Your loaf of bread does not need high fructose corn syrup! 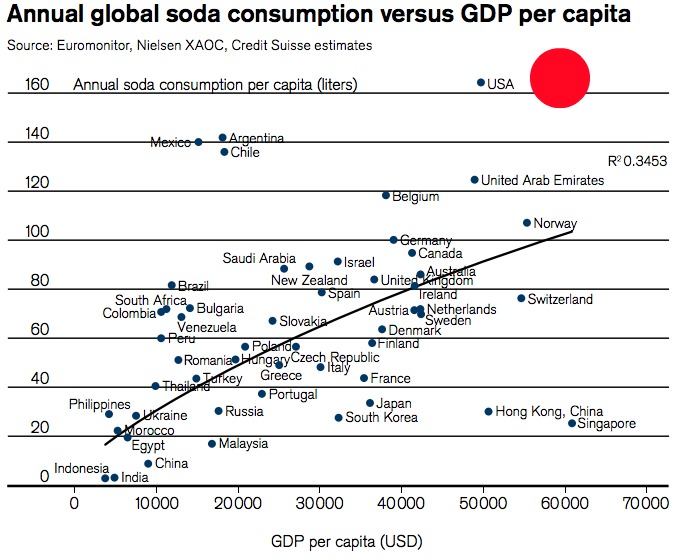 Based on the way telomere length shortens on average with chronological age, the UCSF researchers calculated that daily consumption of a 20-ounce soda was associated with 4.6 years of additional biological aging. This effect on telomere length is comparable to the effect of smoking, or to the effect of regular exercise in the opposite, anti-aging direction, according to UCSF postdoctoral fellow Cindy Leung, ScD, from the UCSF Center for Health and Community and the lead author of the newly published study.


Another point of view. I guess when you get older you're supposed to know better. I work with grown adults who while nuking their Banquet turkey and gravy, head over to the soda machine to catch a buzz. People, do yourselves a favor and learn to prepare quick healthy meals!

posted on Oct, 18 2014 @ 11:19 PM
link
I do not and have not consumed soda pops for most of my life. I knew instinctively that it was bad. I look half the age of everyone I grew up with.
I also avoid toothpaste. Never had a cavity.

How old are you? I have had the same experience pretty much. I drank a few sodas when I was a kid but now I only drink beer. I'm 55 years old and am married to a 33 year old woman with 2 kids 4 years and 8 months old. People have always thought I was younger and I was once asked by a bank teller when applying for a loan with my ex-wife if she was my mother... she didn't like that much...

How old are you? I have had the same experience pretty much. I drank a few sodas when I was a kid but now I only drink beer. I'm 55 years old and am married to a 33 year old woman with 2 kids 4 years and 8 months old. People have always thought I was younger and I was once asked by a bank teller when applying for a loan with my ex-wife if she was my mother... she didn't like that much...


I've rode this planet around our central star 43 times.
I have humans of the opposite sex, sometimes the same, show sexual interest in me who have been on this ride half as long as I have.
Maybe beer is the fountain of youth.
edit on 18-10-2014 by skunkape23 because: added

Interesting. I cut soda out completely over a year ago, I have tons more energy and my skin looks much healthier too. I'm also not bloated all the time, when I drank soda it looked like I was pregnant.

originally posted by: Jennyfrenzy
a reply to: eisegesis
when I drank soda it looked like I was pregnant.


Very embarrassing moment..."When are you due?"
"I'm not pregnant."

It is so embarrassing, lol! Every ladies worst nightmare! It's happened to me on more than one occasion.

Not in the last year though!

I will admit once in a while I have a Pepsi.
With all the crap out there that's bad for you
-floroide in our water
-GMO's in almost all the food

I think soda should be on that list as well....just saying.