posted on Jul, 17 2014 @ 12:02 PM
link
If the seperatists are responsible for this incident, they should prepare for some very big trouble as there are international civilians involved! Pobably some NATO/UN intervention!

originally posted by: CosmicDude
MH370 missed on March 7th
MH17 Crashes/Shot Down on July (7) 17th
Both Boing 777
Sure all these sevens are just a coincidence, right ?

"Reports says that a Malaysia Airlines Boeing 777 with 295 souls onboard has crashed in Ukraine near the Russian border."

Russia Knew and would not allow it enter its airspace.


rustyclutch
+6 more
posted on Jul, 17 2014 @ 12:03 PM
link
I think we need to consider for a moment that neither side did it. There are drones, space weapons, bombs, and all sorts of classified weapons that could have brought this craft down by a third party. False flags are the name of the game to start a war. Putin doesn't need any pretext like shooting down an airliner to go into Ukraine. Could it have been an accident....the odds are pretty astronomical. What are the odds on any given day that a Malaysian airlines flight going to or from kuala lumpur disappears? What's the odds it happens twice? That's pretty bad luck considering all the flights that occur with all the airlines.

Putin was authorized by his government to use force in Ukraine already. He had all the support he needed. He asked them to take it away. It seems more like somebody is trying to force him into a war. I don't see the Russians doing it. Unless something was on that flight we aren't being told about, that might change the dynamic. Just my opinion.
edit on 17-7-2014 by rustyclutch because: (no reason given)

The other side to that coin is what if it was a false flag attack by US/NATO to de-stabilize the region and cause more problems for Putin?

Based on the altitude of the aircraft it had to be either air to air or a radar guided missile. The ones that have been used, shoulder launched, are not able to reach the altitude this plane was at.

Same are where 2 other Ukrainian military aircraft were shot down in the last few weeks.

Radar intercepts should give an idea of where the missile came from but it wont determine who launched it.

Media just updated / confirmed - The airline was flying a normal / scheduled flight path and did not deviate from it.

posted on Jul, 17 2014 @ 12:04 PM
link
All these posts referring to this as a diversion from Gaza; what if that's a diversion too?
I wonder what else could be going on behind the scenes.


This is just freaking wierd ...

"if it disappears, this is what it looks like"

posted on Jul, 17 2014 @ 12:05 PM
link
oy Malaysia Airlines just can't catch a break. first MH370. then yesterday during the typhoon one of their 737s was blown into a set of mobile service stairs, damaging the fuselage. and now crashed/shot down in the Ukraine.

The left wing of the Singapore Airlines plane was dented when winds blew the plane toward one of the air bridges at Terminal 1.

The fuselage of the Malaysian airliner sustained damage when it hit a mobile service stairs.

how much can the airline take before it goes bye bye?


with this crash in the Ukraine you have to wonder what it was doing anywhere near there? the airspace was shut down, there is a war going on, aircraft have been shot down, so why on earth was it in the area at all?

posted on Jul, 17 2014 @ 12:06 PM
link
Why does everything have to be false flags now days? Couldn't this have just been an accident by the ruskies? Either way some repercussions are coming.

Bomb on board has only been mentioned once or twice but I'd say it's more likely than either side taking such a risk...

Kiev says it's mostly likely been shot down...
But surely people would want to take credit for such an action, usually takes a little longer for terror groups to claim responsibility for a bomb...

I guess all we can do is wait pal!

According to RT Malaysian Airlines has said nobody knows if it was shot down, and are still investigating!!!
So you are mostly all just spouting Western conjecture!!!

First thing that came to my mind was this. 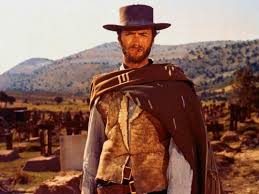 So where did the passengers go that boarded MH17 and where is that plane?

Why would Russia have to militarily respond to a Malaysian jet shot down in Ukraine. That's not really a good pretext. The shelling of border towns was much better.

Russia could've used its military long time ago! They even got hit a couple of days ago! They don't need a fake reason they have got plenty legit ones..

Besides that makes no sense that they shoot down a Malaysian plane to hit the Ukraine
edit on 17-7-2014 by Hellas because: (no reason given)

Cant wait to see the woo woo theroys that are going to spawn from this!

The last time Russia shot down a civilian aircraft was KAL #007. Initially Russia denied an incident up to the point in a UN security council meeting where they again denied any involvement. At which point the US provided military air traffic control intercepts from Russia to the Russian aircraft talking about the flight, and the order to shoot.

After which they came clean.

Resist the urge to bring up the US shoot down of the Iranian commercial jetliner. We did not attempt to hide that incident.

I think he was joking because of the missing flight a few months back.....

Better watch what one jokes about sometimes I guess.

What is really weird about it though now that I think about it...

Didn't someone on the other Malaysian flight also have a premonition?
Seems if I remember correctly, he gave his wife his ring in case something happened.