Funny.
Poor cat though 22 lb not good for a cat that.


Depends on the cat.

We have a male Ragdoll, and he's pushing 20 lbs because he's just freakin' huge! He is by no means overweight, just very, very large. But, his name is Teddy Bear if that gives you any ideas as to his personality.

So add what you can so we can laugh,cry and love our feline pals.


Have a Demonic Cat??

Call this guy! I have watched his show several times and seen him tame some really psycho cats!

Friggin loves me some Pinky.


Prior to this event, they were having a purr-fect day.

Sometimes cats get temperamental, no need to make a meow-ntain out of a molehill.

Lets just calm down and be thankful that this didnt turn into a cat-astrophe.


If you have to call 911 on your cat, you shouldn't own it in the first place.

Why wouldn't anyone think this was just to get a viral video out of it. Clearly a simple spray of water and any cat runs, am I really to believe a full grown man can't kick a cat and make it stop attacking! No way I believe this.

posted on Mar, 11 2014 @ 07:27 PM
link
Okay I laughed and can totally see the humor in it. However I was attacked by a normal sized cat when I was twelve. It jumped on my upper arm and started ripping away. Nothing could get that cat off. Dug it's fangs deep and I still have 4 puncture scars and two 4 inch gash scars as a reminder. My fault - it wasn't our cat and I was holding it and yeah... dropped poor kitty and it landed on its back. He was mad! After I picked it up to console it is when he went crazy. I was and still am awestruck at how viscious, strong and destructive it was. It was chewing and slashing with its claws as if in turbo speed while I felt like I was moving in slow motion trying to get it off.

Ended up at the hospital in emergency and ended up with a tetanus and antibiotic shot. It got infected and it hurt for a good week.

I was never mad at the cat, it was completely my fault. And I still love cats to bits but now I know their true potential.

Have to wonder if the cat is jealous of the baby.


I had to put a cat down that I raised from a wee kitten, loved that cat. It just went nuts one day. I'm not proud of that moment, but I had to do what I had to do. I still and always will have scars from that moment. Also had a Dawg that snapped, who also left scars. I'm a animal lover. I don't believe in beating obedience into them. But at some point...you have to put them down. I don't like it, never have and never will. But it's a fact of life.

posted on Mar, 11 2014 @ 09:30 PM
link
I worked in a lumber yard near here as a salesman many years ago. There was a female cat that had some kittens and one of them got into the store shoreroom. I figured I'd get the little six ounce kitten and bring it back to the back where it belonged. I caught it and picked it up as I was talking to the other sales girl.

That cat spun it's head completely backwards and sunk it's teeth into my thumb....it wouldn't let go. Those kitten teeth are very sharp. I took it out in the parking lot and pryed open it's mouth with my other hand while everyone watched and blood squirted out of the puncture wound at least four inches with every heartbeat. Damn thing bled for hours, I did go to the doctors after getting off of work an hour later for an antibiotic shot. That was very humiliating, being taken down by a six ounce scrawny kitten.

My best friend took that kitten home and had it for years. It was a good cat but I was always leary of it when I saw it. My wife and I visited there every couple of weeks and that cat stared me down every time. He never attacked me again though, I never dared picking him up again either.
edit on 11-3-2014 by rickymouse because: (no reason given)

posted on Mar, 11 2014 @ 09:55 PM
link
Would this be a time to mention that unlike dogs, cats have never fully domesticated? If you don't habituate them young, kittens grow up fully feral and will act like perfectly wild animals.

ketsuko
Would this be a time to mention that unlike dogs, cats have never fully domesticated? If you don't habituate them young, kittens grow up fully feral and will act like perfectly wild animals.

If I were Jake, I would've given you a serious arse whoopin' for waking me from my peaceful slumber.

posted on Mar, 11 2014 @ 10:21 PM
link
Cats can be scary, they're very well equipped. I took in a kitten that had been born feral, watched her literally climb the drywall.

This one is fun:


Any cat outdoor unsupervised is a menace, looks like indoors as well now 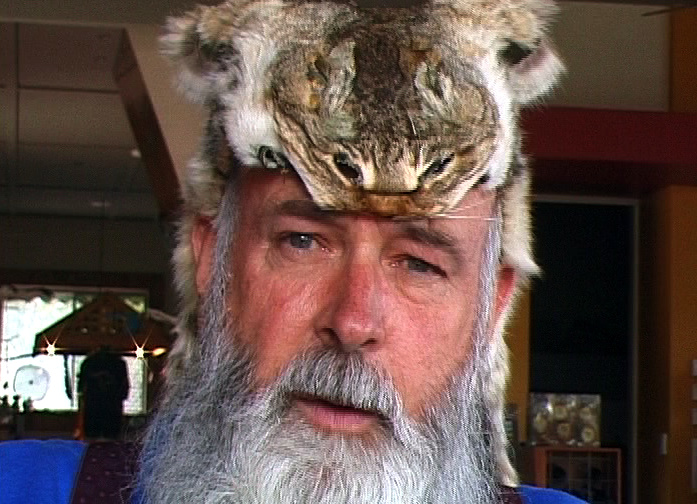 Jakes a good cat. One of my cats was not declawed at all and he always seemed to know when he broke skin on accident and always disengaged. But he is a good boy.

Of course. That is not always the case.

Husband got tattoo on his neck - wooo, does it hurt ?
Wife got piercings on her face, a few of it -- woooo more than few ouch I guess
Cat - RAAAAAAR - the most gruesome of them all and sleep all day doing nothing

ketsuko
Would this be a time to mention that unlike dogs, cats have never fully domesticated? If you don't habituate them young, kittens grow up fully feral and will act like perfectly wild animals.

Agreed . Cats are the boss , not the other way around , they merely put up with humans for the most part . Actually that is why I like cats , they have that "take you or leave you" attitude .


Raised on a farm here and know that cats left to their own devices will turn feral QUICKLY . We would leave our cats in the barn to keep the mice/rats at bay and in all my years , I have seen the most calm , docile cats turn wild in no time . When it was time for rabies shots , it took some time to corner the nasty beasts and I would take my scratches and bites . I have even been attacked by a couple of them , BUT , I have never had to put a door between myself and a 10 to 22 lb. cat . Just reached down and grabbed them by the scruff of the neck and you are in full control . You may take some scratches but what's a little pain ?