Hangar 1 airs on the History Channel, is a show basically ran by Mufon. I believe they premiered on last Friday with a episode about the Presidents experiences.


The Science Channel has been running a "Are we alone week." Which has been airing episodes of various old episodes of UFO shows, Nasa Unexplained Files, Ufo Files and Uncovering Aliens, as well as the traditional finding life in space science shows.
Their new "Big show" is "Close Encounters". Which premiered on Tuesday and has another episode airing tonight at 10pm. Just talks about well known encounters. I think they are doing Travis walton tonight.

I'm wondering what do you guys think of the new UFO shows? Both Hangar 1 and Close Encounters will be running new episodes tonight at the same time.
Luckily reruns will be running after they air.

It's good to see some good UFO shows returning.
edit on 7-3-2014 by Blahable because: (no reason given)

NASA's 'Unexplained Files" seems reasonably balanced [spoiler: I'm interviewed], the others you mentioned were slanted and fictionalized well beyond the boundaries of intellectual honesty, IMHO. But that's the audience they aim at, it seems.


If the history channel told me the sky was blue id still have to check myself.

All these kind of shows stretch the truth to meets the public interest in the subject.


Im not familiar with ScienceChannel, but History should be renamed to something like... 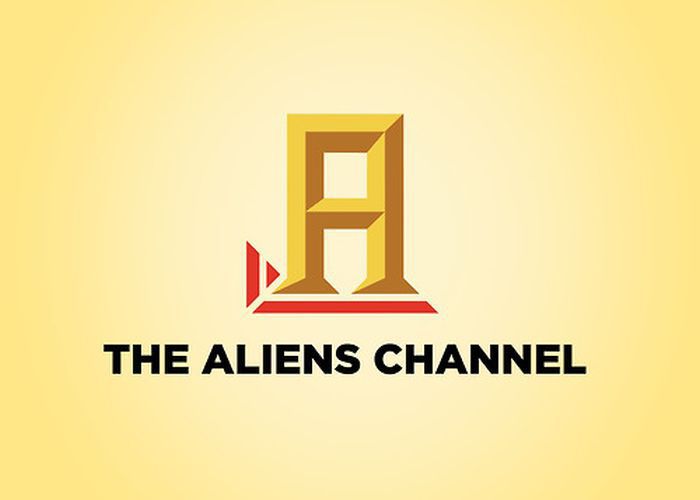 I'm not saying it's bad thing, but when new evidence is presented I would start to pay attention, otherwise it's rinse and repeat.

posted on Mar, 7 2014 @ 11:23 AM
link
There's a youtube channel called UFOTV that I have found some interesting documentaries on. It's a collection of documentaries with a wide range of topics, all from different filmmakers.

If I find out, I'll tell EVERYBODY.

posted on Mar, 7 2014 @ 11:30 AM
link
personally I am liking new installments of "Nasa's Unexplained Files" best, by FAR! The segments aren't as quite rushed, as the other programs, and offer more detail.

JimOberg
What's your definiton of "good"?

NASA's 'Unexplained Files" seems reasonably balanced [spoiler: I'm interviewed], the others you mentioned were slanted and fictionalized well beyond the boundaries of intellectual honesty, IMHO. But that's the audience they aim at, it seems.

Well I good in this context would mean, most informative.
I definitely agree some of them are pretty bias.LOL.

Personally I believe "Uncovering Aliens" is flat out annoying, they seem to be trying too hard get people to believe. The researchers obviously want to believe everything they see. It's seemed like a poorly made low budget ufo hunters remake.

I thought the newer shows Hangar 1 and Close Encounters weren't really trying "force" people to believe their argument, or experiences, they were more of just sharing and being informative.
edit on 7-3-2014 by Blahable because: (no reason given)

posted on Mar, 7 2014 @ 02:15 PM
link
I like both Hangar 1 and Close Encounters but i was disappointed with the recent NASA's 'Unexplained Files" because it seemed they were picking topics that are easy to be debunked

Knowing what I know about him he'd need some damn good evidence of that, and if he had that kind of evidence, the first place he'd reveal it would be some place that could earn him a Nobel Prize not simply a one-off interview on a disposable UFO show.


I will disagree with you there my friend. I watched it twice this morning, the 2nd installment. I had to because the sound on Comcasts' On Demand option, goes up and down and up and down, and it was not easy to hear everything that was said, but I thought this was the best "Unexplained Files" yet. Most all of the cases discussed I don't recall being mentioned before. The thing that looked like some type of a craft in the aurora borealis was quite interesting. With the outline left within the borealis it looked like something that had structure to it...

I had not heard of the x-rays eminating from the Cygnus start system before. Granted they could be from just about anything, but it was good to hear Seth Shostak say maybe it was from a possible interstellar war..we just don't know.

I for one, would not be at all surprised to find SOME kind of life on or in, as in the methane lakes and rivers, on Titan. As mentioned we have found life here, in some pretty in hospitable places, both ridiculously hot and cold. You cannot rule it out, yet. Again, we don't know, but I wouldn't be surprised. I look forward to the probes to Europa, to find out what may be lurking underneath the ice there in the future.

I loved the opening comments from one Astronaut, " we just don't know what is out there in the shadows, it could be ANYTHING." You got that right! Keep it coming Science Channel, thank you!
edit on 07pm31pm5091 by data5091 because: (no reason given)

Jade my lovely friend, it was meant to be joke so I put it in a metaphorical sense.
And I don't think anyone knows Jim that well, he works in misterious ways lol.
Nevermind, you're still cute

posted on Mar, 8 2014 @ 05:10 AM
link
Hangar 1 The UFO Files: Presidential Encounters is now available to watch on the History Channel Website for those in the US.

If like me you're not in the US This may help


imo most of these UFO shows are too lacking on how deep they go into the subjects they cover. why cant there be at least one show that caters to people like us? people who want to know as much info as possible about these stories.

instead these tv producers decide to clump as many highlights about multiple cases per episode as possible to keep the interests of the general public. the general public who hardly ever looks any further into the topics as what these shows summarize in 5 mins intervals. i mean you cant explain most of these individual cases in a mere 5 to 10 mins. yet they keep doing it and only giving the audience a snippet of a much deeper case.


I watched hanger one and its no big deal kind of a rehash of things we've already seen. I'm waiting for the one staring the aliens introducing themselves and I don't mean Alf.


Will you be checking in on Monday to talk to Stanton Friedman? I'd love to watch the debate if you can make it. If not aw shucks that's a shame.
On topic nothing that hasn't been presented before. Every year my belief in this stuff wans just a little more. Now I think it would take a handshake from ET to convince me they're here.


I have a feeling they already cater to us , that this is all they know and its also all we're going to get. If they were here and wanted us to know no government would be able to prevent them from enlightening us. So either they're not here or they don't want us knowing they're here.


I tried watching but the vid kept freezing up on me. I saw about 2/3 before it crashed. Was up to Obama.

If I find out, I'll tell EVERYBODY.

which is why they probably won't tell you. LOL