A Velda City police officer who has been part of the militarized police apparatus holding down operations on West Florissant Avenue is spreading lies about Ferguson protesters online.

Sergeant Mike Weston, going by the handle "officeranon2" on Twitter, engaged with users of the social-media network about a tear-gas attack by St. Louis County police on protesters in their own back yard on Monday, August 11. In the conversation, a Twitter user wanted to know why police would fire tear gas at people on their own property. Weston tells them it's because protesters were firing guns from their back yard. But that's not true, as evidenced in the video below.

If you look at the twitter conversations he busted not telling the truth. The night when the police chased protesters into neighborhoods he straight up said that people were firing from there yards and you can see from the video posted at link thats a bold face lie. He wasn't even there to be a witness.

the article is two pages with the conversations...

posted on Aug, 21 2014 @ 05:14 PM
link
Why in holy hell are any of these people even allowed to tweet about this whole thing like it's not currently under investigation??

Something tells me that this guy is going to be finding a new job soon. There shouldn't be any comments coming from any officers dealing with any of this until it comes from the top or it's over. Why??

Because this happens and somebody is caught out. Unprofessional IMO.

It's like he had diarrhea of the mouth and just couldn't shut up. One or two of his other comments were a little off coming from an officer of the law. When you are in that profession one expects professionalism and not smart assness, uncouth comments, and lies.

I hope he's practicing the best way to say "Would you like fries with that?" now so he isn't wholly unprepared for his new career with more serving and less protecting. posted on Aug, 21 2014 @ 05:15 PM
link
Pathetic - if the LEO's feel the need to justify their actions on Twitter clearly they have sunken way below the line of morality..

Ouch. It's no wonder he ended up deleting his account but that's the beauty of the net. You can try to hide something all you want but you also never know if somebody captured it before you took it down. I'm not surprised as the defensive stance though really or even resorting to lies. It's actually what worries me the most about this particular situation as the tendency does seem to be to cover for one's brothers (seems--not always true).

Either way now we get to wonder of he was ordered to do this. 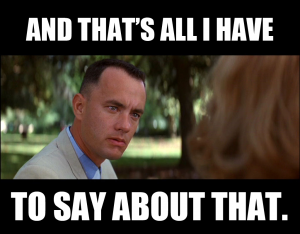 posted on Aug, 21 2014 @ 05:43 PM
link
The funny thing is though that the rioters have been firing at the police.Hell, they've even resorted to throwing excrement at the police.

"He further explained that because there had been looting the previous night, the police didn't feel comfortable with people being out in their back yard."

Wonder why their is a sense of love and cooperation between protesters and police.

posted on Aug, 21 2014 @ 08:32 PM
link
I actually just watched a video last night from Ferguson in which several armored police vehicles were driving slowly down what looked like a fairly empty street with a bunch of people (journalists?) recording them from the sidewalk.

Suddenly there were several gunshots and the police and others took cover. The non-cops shortly took flight, leaving the scene.

Looking all over YouTube now and can't find the video. Anyone else see this?

Cops getting shot at in Ferguson

posted on Aug, 22 2014 @ 10:57 AM
link
I find it a sickening parallel that the cop
would use the same excuse as israel does with palestinians.

Your youtube link doesn't link to anything except the front page of youtube yet you still got stars, lol. Dragonfire's link is the correct one for that. We were watching that as it took place.

There was a second exchange of gunfire a couple nights later. The group that Tim Pool was following was chanting "United we stand, divided we fall" and had an individual carrying an upside down US flag with them. I think that would've been the night of the curfew but am not 100%

Both of these events occurred after the major tear gassing, using rubber bullets and more. That's the problem with dishing out heavy measures against largely peaceful protesters. You simply don't know how people are going to respond to the next round.