posted on Feb, 5 2014 @ 01:42 AM
link
Now predicting that an "event" will take place at Sochi is nothing new. But have you yet seen it with a side order of conspiracy?

All jokes aside, we are all familiar with the "training exercises" being held on the very day of the real attack they were supposedly mimicking. As I was going through picture of Sochi and the laughable lost in translation signs being posted online I noticed something interesting. 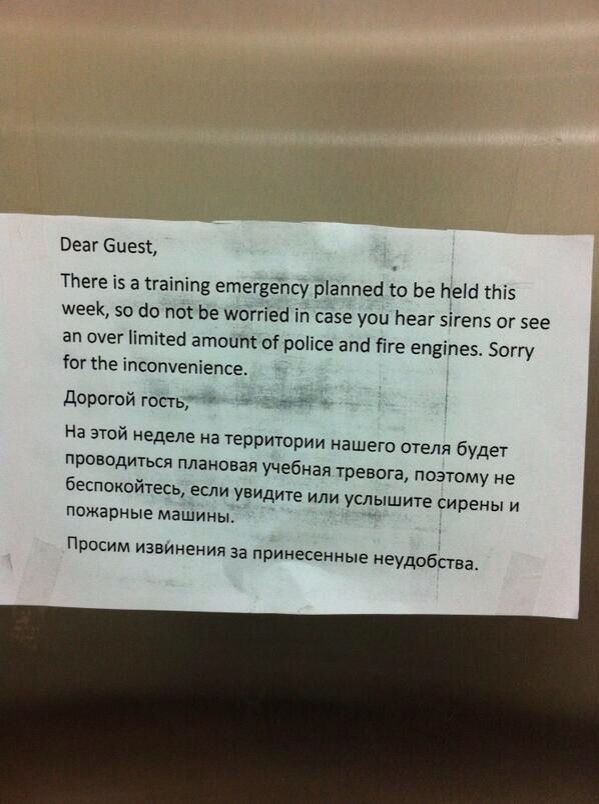 I said it was a conspiracy.

Every emergency exercise I've been in was scheduled down to the minute.

This is odd to say the least.

posted on Feb, 5 2014 @ 02:20 AM
link
Very interesting, I saw during the SuperBowl commercials (fox news I believe) that they were almost hyping up that there would be an attack and that the Olympic 'spirit' would overcome it.

posted on Feb, 5 2014 @ 03:53 AM
link
Whatever happens in Sochi aint gonna stay in Sochi.....if theres an "unfortunate incident" it will udoubtedly reverberate...

posted on Feb, 5 2014 @ 08:04 AM
link
Chances that something will happen in Sotschi are pretty high.
You could easily fake a terrorist attack and nobody would suspect it to be fake, since the region is no really safe.

posted on Feb, 5 2014 @ 01:06 PM
link
Dan Wetzel a Yahoo writer wrote an article about the Sochi olympics and literally said that the bad construction stories were taken away from the hype about terror attacks... for now.

He literally alluded that there was going to be an attack in a mainstream article.

I must say, I will be surprised is nothing happens.

So? That has nothing to do with the name Sochi though.

posted on Feb, 5 2014 @ 06:24 PM
link
On a side note. I couldn't find anywhere that there was a planned emergency training taking place in Sochi during Olympics.

This week on the territory of our hotel, there will be a a routine emergency training. Therefore don't worry if you hear or see sirens or firetrucks. Our regards sorry for the inconvenience.


The over limited amount police is added in. There is no such words describing this.

My source is my wife she is Russian.

Deny ignorance.
edit on 5-2-2014 by bitsforbytes because: (no reason given)

posted on Feb, 5 2014 @ 06:38 PM
link
Putin's Syria payback for shutting down the US invasion or whatever they had planned for Syria.

That's what i heard anyway - the globalist are pissed at Putin & it's time to get some revenge.

I've burned through all the languages in Google Translate, and am going through German-English online translation sites, and I'm not finding anything to back up your claim yet. If true, did you spell it right? Even if you meant to spell it Oshi, that's bringing up Japanese translations (evidently means audacity, authority, pressure, push according to one site)

And I doubt there's any conspiracy in the works. It's Russia. They're going to make an effort to look as calm & in control as possible, even if that means running drills alongside events. And I bet the hotels and public venues are going to be bugged to high hell (think the US hockey team's trip in the 80's, probably on tech steroids now) If you think hackers are going to be the only ones snooping through your phone/computer/tablet, I'd wager a bet they're not. In the mean time, I also bet dollars to donuts they're going to have plenty of plain clothes out looking for dissenters and "trouble makers" to snatch up before they can cause a commotion.
edit on 2/5/2014 by Nyiah because: (no reason given)

posted on Feb, 5 2014 @ 08:31 PM
link
If hotels and other business' that require large amounts of people staying in one place they will run fire drills or any other drills for the security of the people. You don't want something to go wrong when your hosting something like this. Makes sense to me.

I know there has been coincidences in the past with these things, however the drills don't seem out of place.
edit on 5-2-2014 by bitsforbytes because: (no reason given)